More streets in York have not had their refuse, recycling and garden waste collected today.

Some residents have called for the service to be “outsourced” (privatised).

Until the Council is more candid about the causes of its current problems, then it is difficult to know whether different management arrangements would lead to a more reliable service.

First has reversed its plan to charge £2 for the trip from Front Street to Chapelfields. The price hike from £1 was widely criticised. Although a short distance, the service is well used by those with heavy shopping to carry. The gradient can be a problem for some.

A similar situation exists in other parts of the CVity including Foxwood, although there, the short hop fare to Acomb has yet to be revised.

We have generally been supportive of the improvements that First have made to their services over recent years.

However, changes to short journey fares seem to be have been driven more by administrative convenience than passenger needs.

NB. Over 50% of bus journeys are made by pensioners using their free passes.

Police in York are appealing for witnesses, including two people who came to the aid of a woman when a man threatened her with a knife and ordered her to give him her car.

The suspect jumped onto the bonnet of the victim’s car when it had stopped at the junction.

The 22-year-old woman driver got out of the car and the suspect pulled out a knife and threatened her, telling her to give him her car or he would tell people she had run him over.

A man driving a silver car came to her assistance and the suspect ran off along Ridgeway towards the direction of St Aiden’s Church.

Although not physically injured, the woman was badly shaken by her ordeal.

Officers are appealing to the man who came to victim’s aid and his woman passenger to come forward as they may have vital information about the suspect.

They would also like to hear from anyone else who was in the area at the time and saw the incident or saw a man running along Ridgeway around the time of the incident.

They would also like to hear from anyone who may have dash-cam footage of the incident or the suspect.

The suspect is described as a white, around 23-30 years old, 5ft, 7in, of skinny build with a thin face, he was clean shaven, had dark eyebrows and spoke with a local accent. He was wearing a black hooded top and dark coloured trousers.

Anyone with information that could assist the investigation should contact North Yorkshire Police on 101, select option 2, and ask for Dave Marsden . You can also email David.Marsden@northyorkshire.pnn.police.uk

First have announced changes to the number 1 bus service from 29th April. The service from Chapelfields will take 20 minutes to get to the Theatre Royal 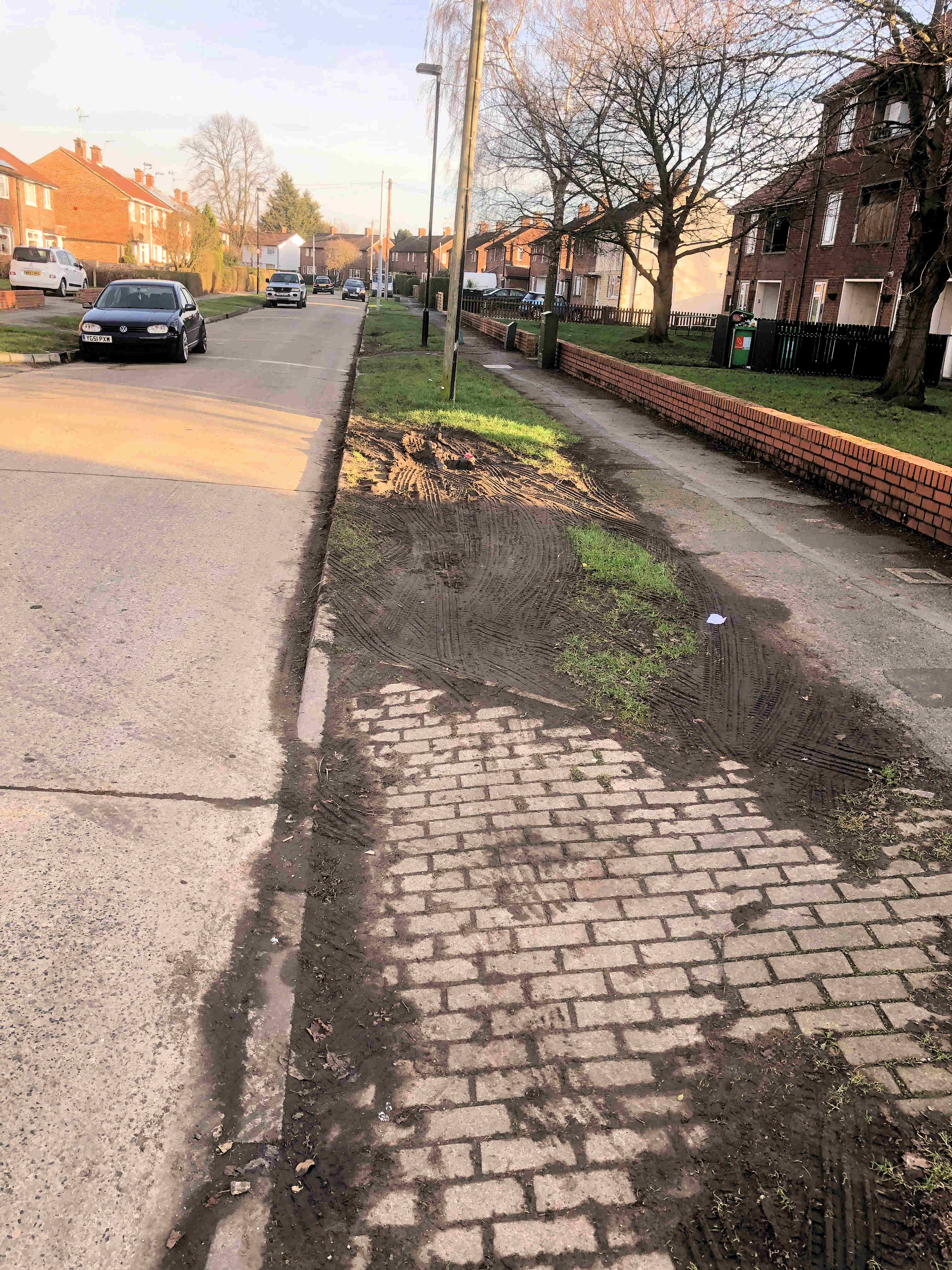 Thoresby Road is particularly bad. There is an outstanding improvement scheme which would see more off street spaces provided in the street.  Currently the Council is exploring the possibility of providing  “eco grid” parking on part of the grassed area outside flats no’s 50-52 and 66-68.

NB. We understand that the Council are also still pursuing the possibility of providing “eco grid” parking outside flats in Chapelfields.

At long last, work has started on providing additional parking spaces in the Spurr Court area. 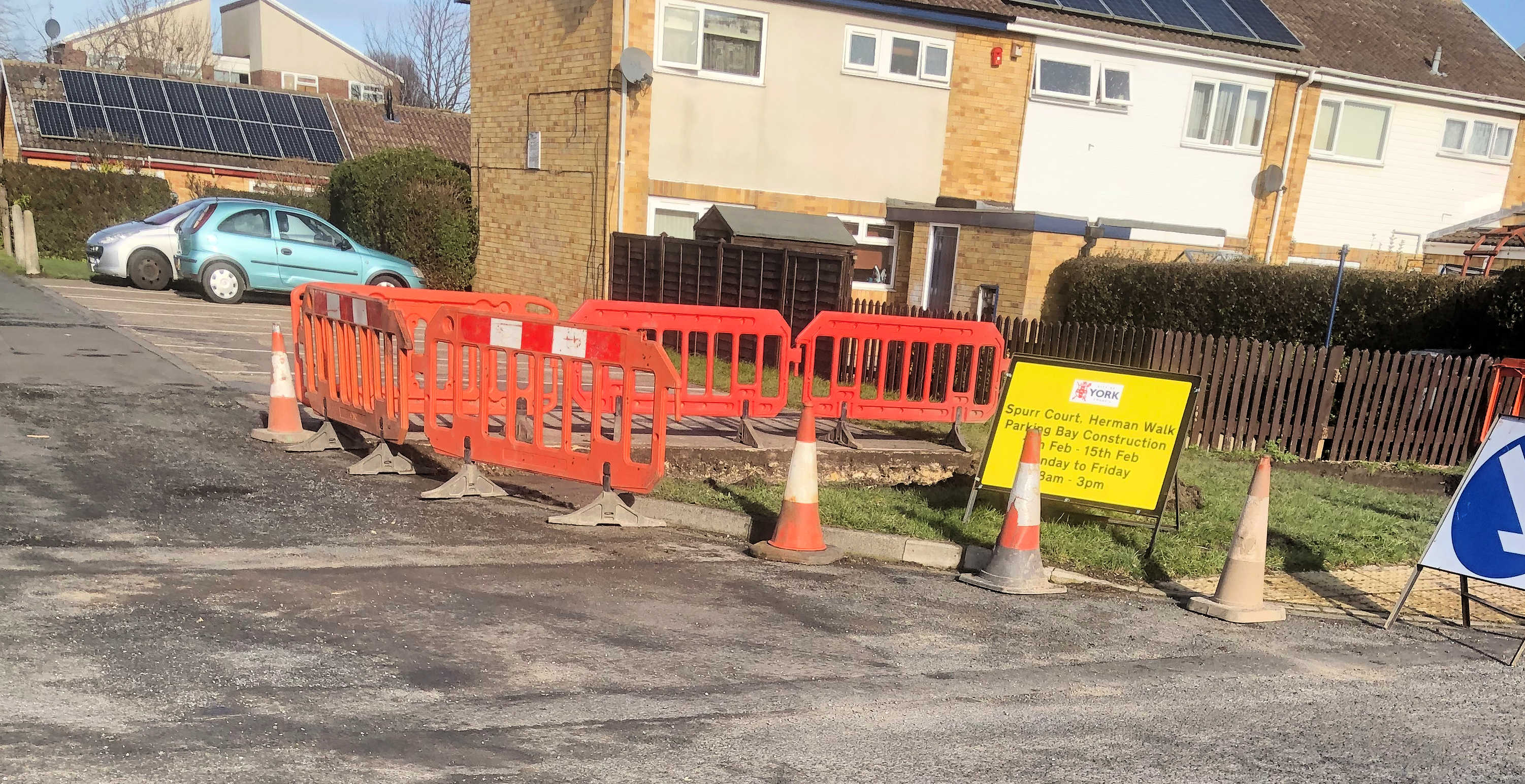 However there is still no news on the other half a dozen lay-by schemes that are outstanding in the Thoresby Road, Dijon Avenue, Windsor Garth, Askham Lane  and Chapelfields areas.

The Council really should keep residents up to date with the progress being made.

The Council says, “We were unable to collect recycling from a small number of streets in the Chapelfields area because of a vehicle breakdown.

We will be returning to collect the recycling from these properties tomorrow morning. We apologise for the delay in collection and thank you for your patience

All scheduled household and green waste was collected today”. 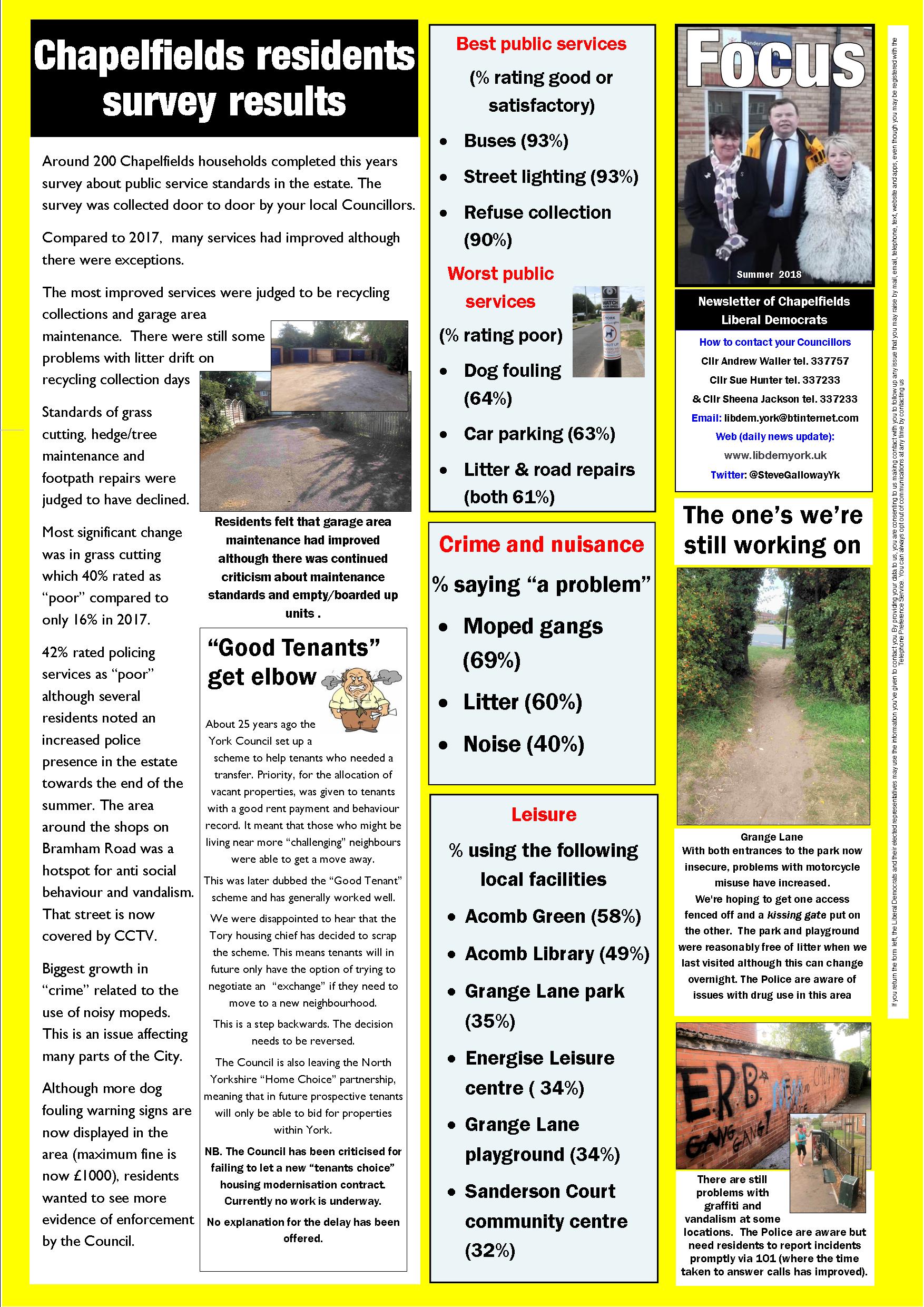 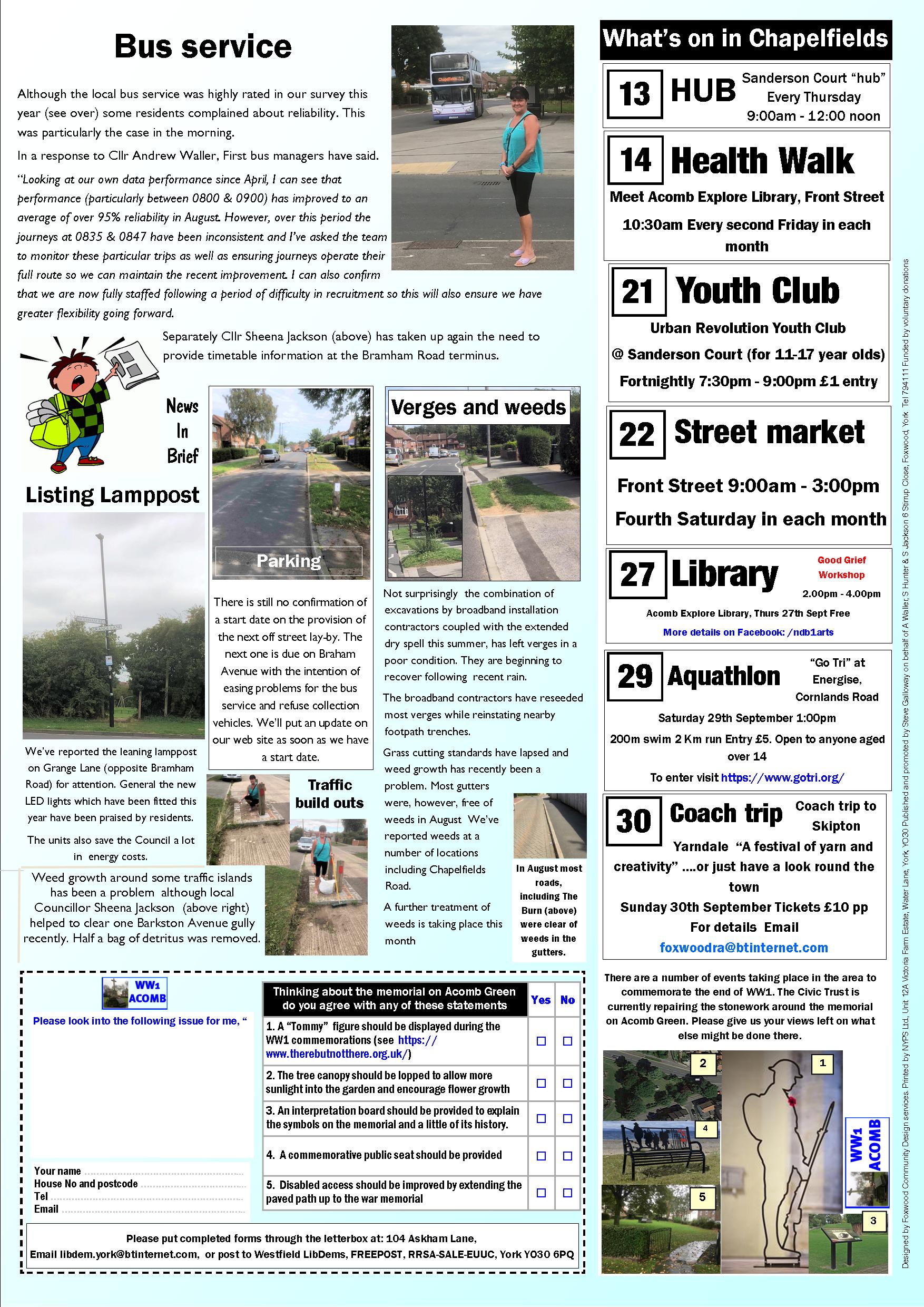 Responding to a recent survey, local residents had said that litter and weed growth were one of their main concerns.

Good therefore to see this week that the Chapelfields estate is looking much tidier. Most gutters are weed free although the recent wet/warm weather will likely prompt further growth. Litter also seems to be under control.

We’ve reported one or two other public service issues that require attention. 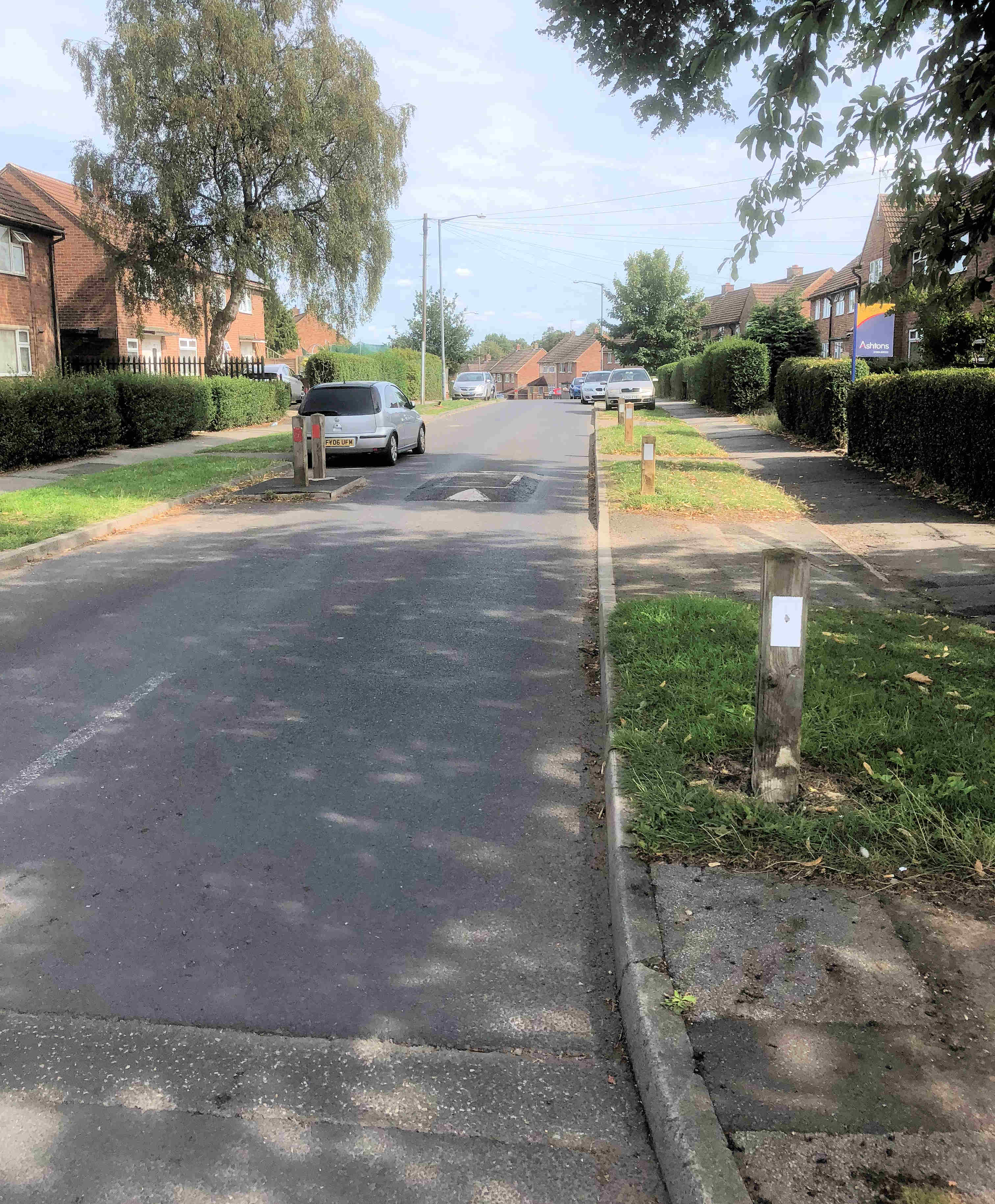 The Council have been asked to give start date for promised additional lay-by on Bramham Ave. The provision of off street parking will make access easier for buses, bin lorries etc. 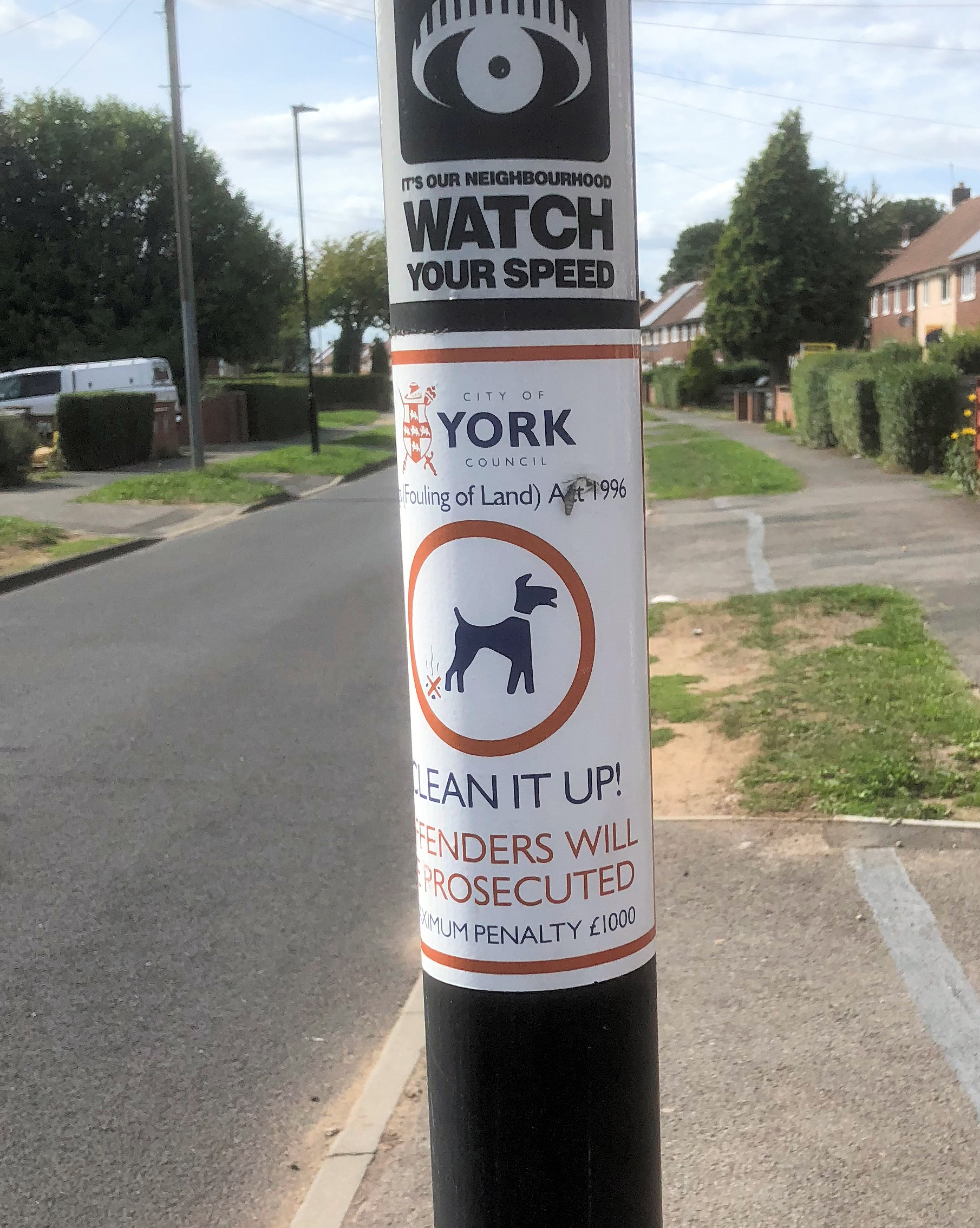 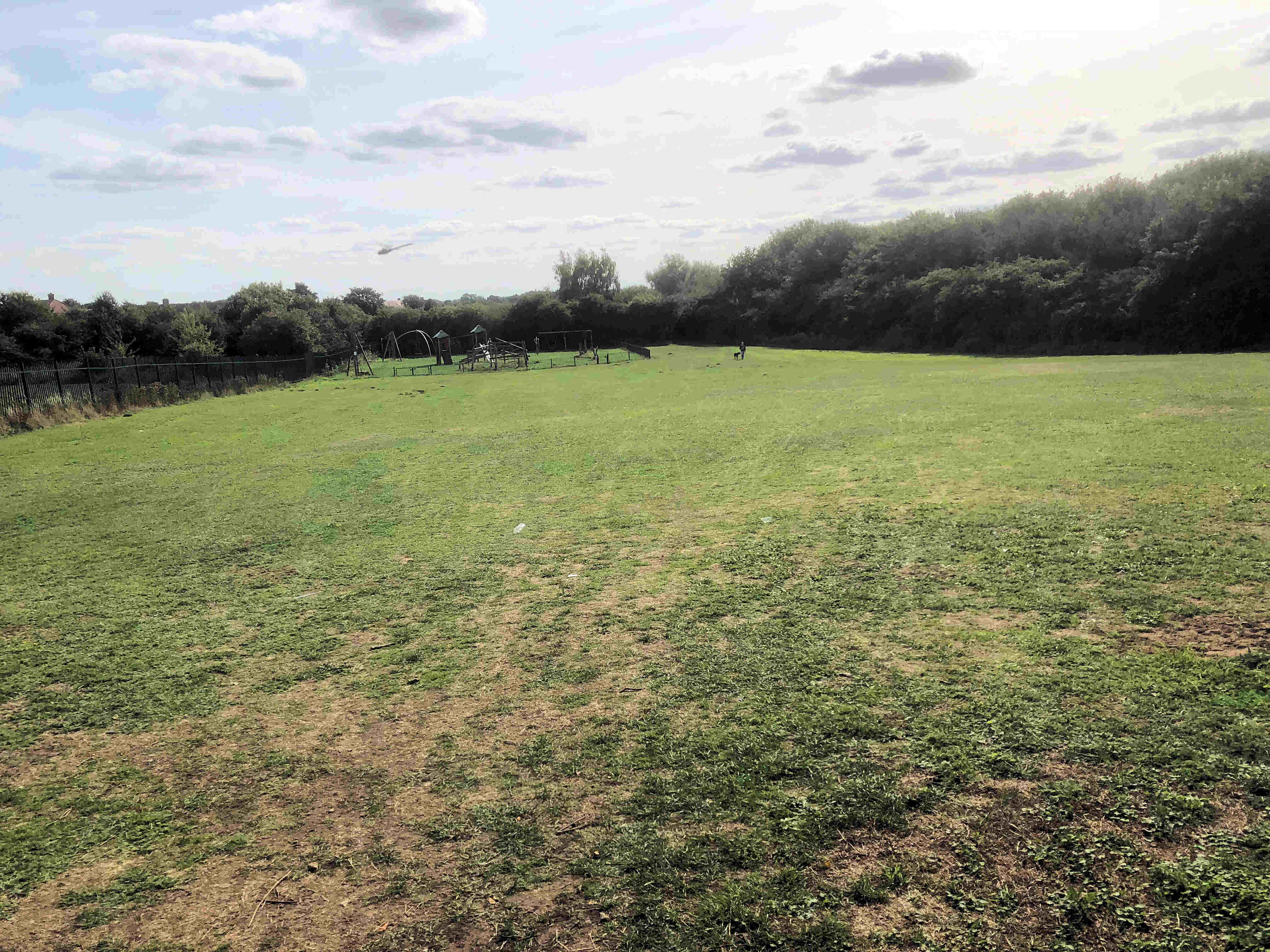 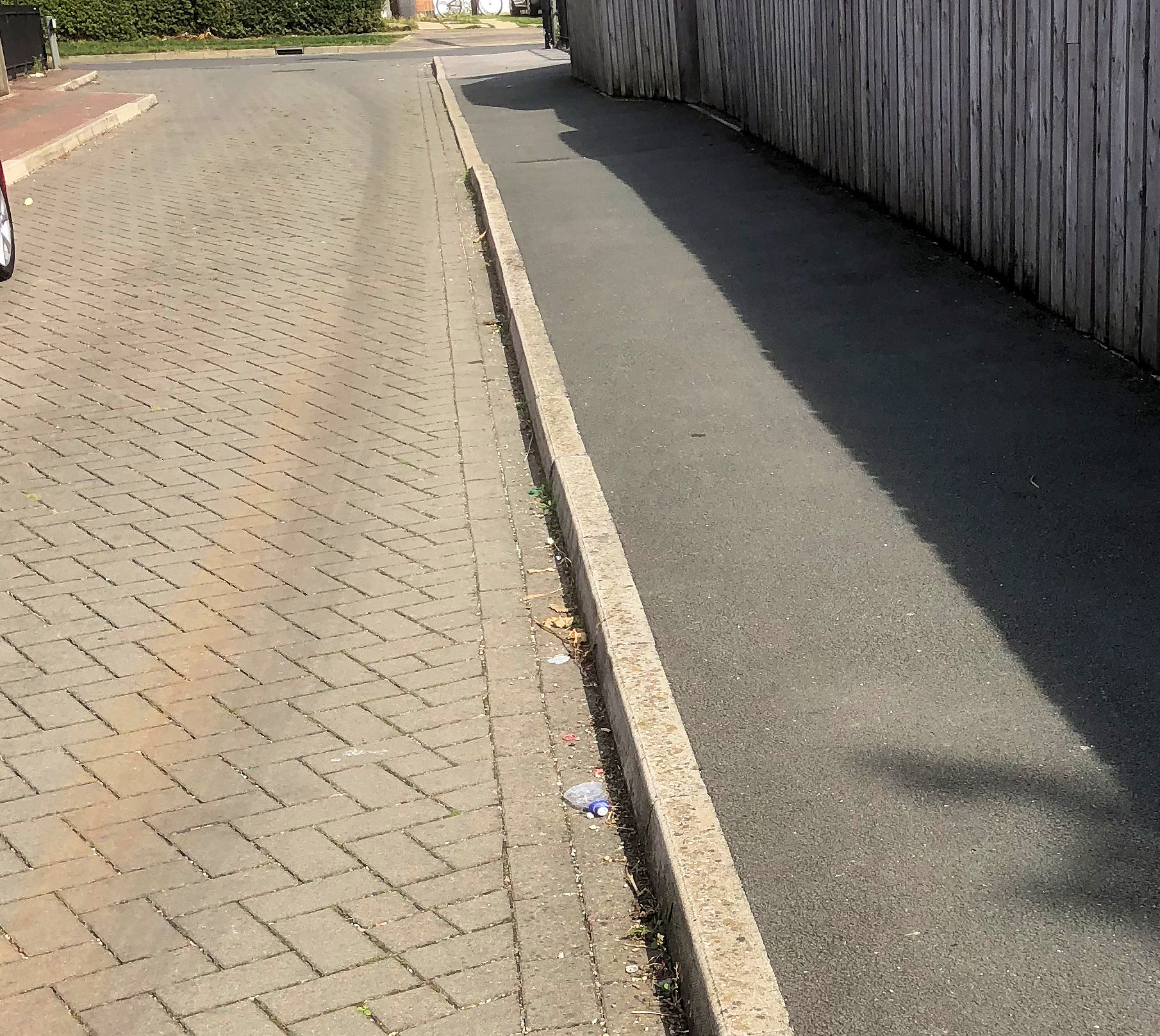 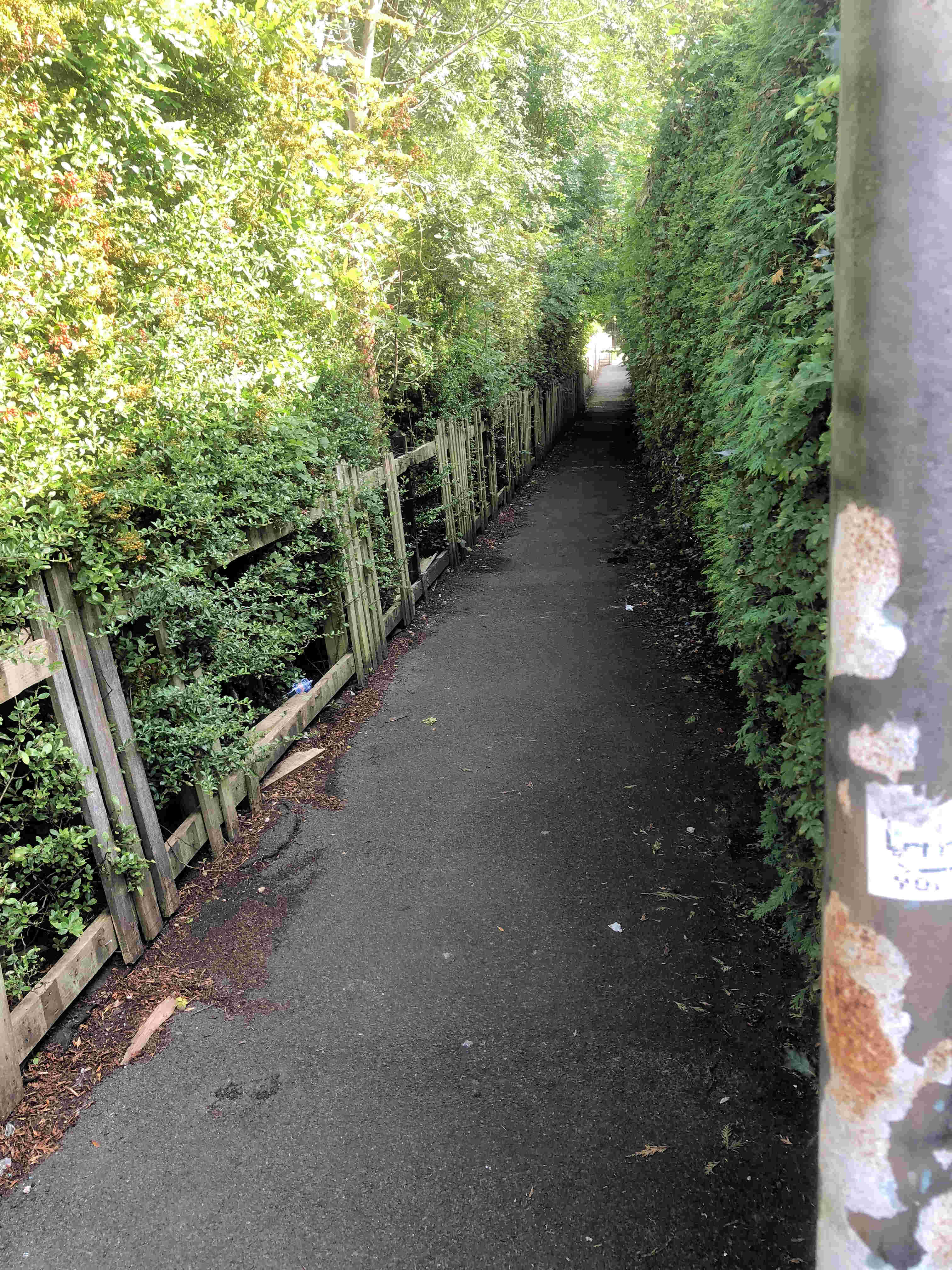 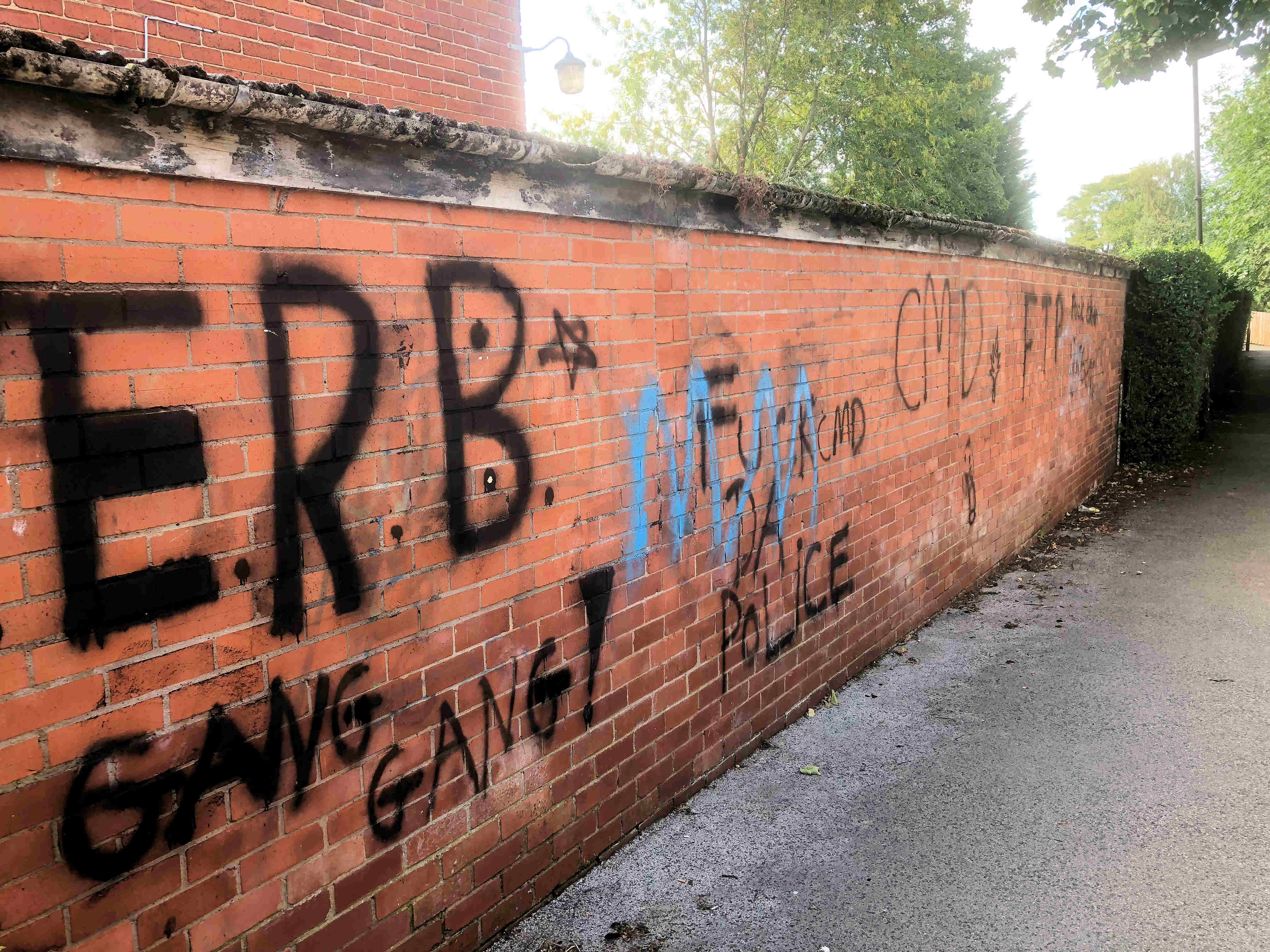 Graffiti on Grange Lane snicket needs to be removed 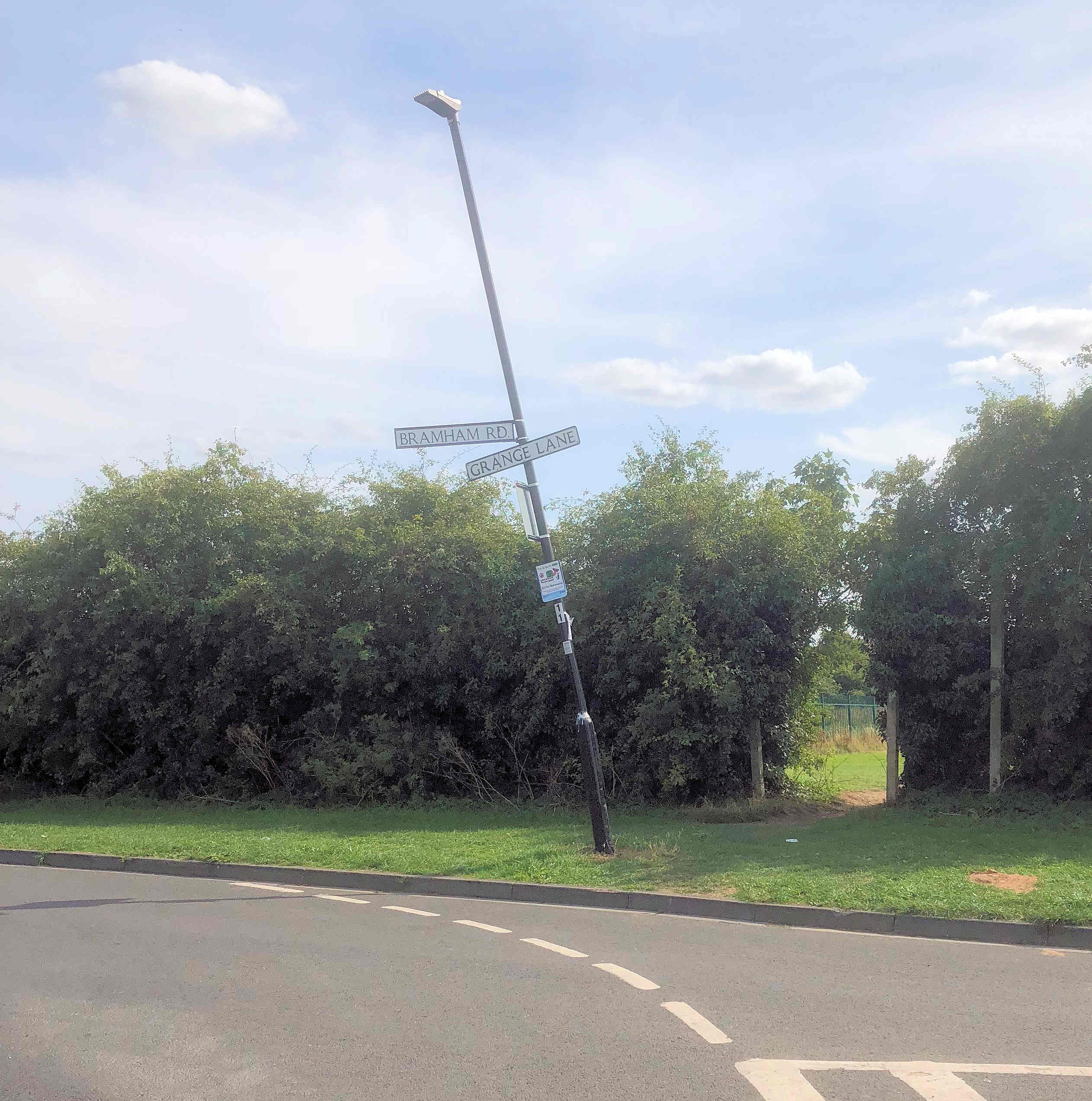 Lamppost 11 on Grange Lane is leaning. Reported for action 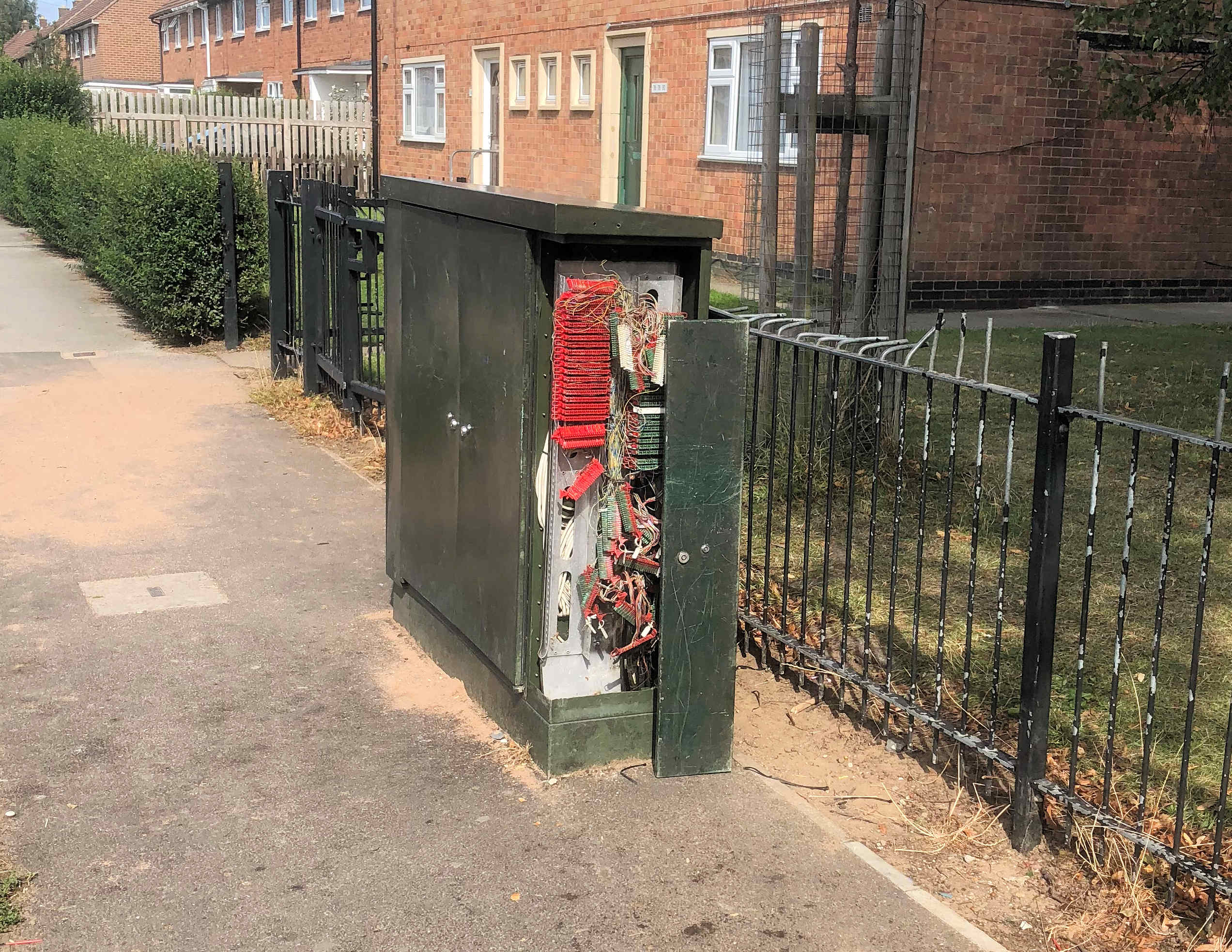 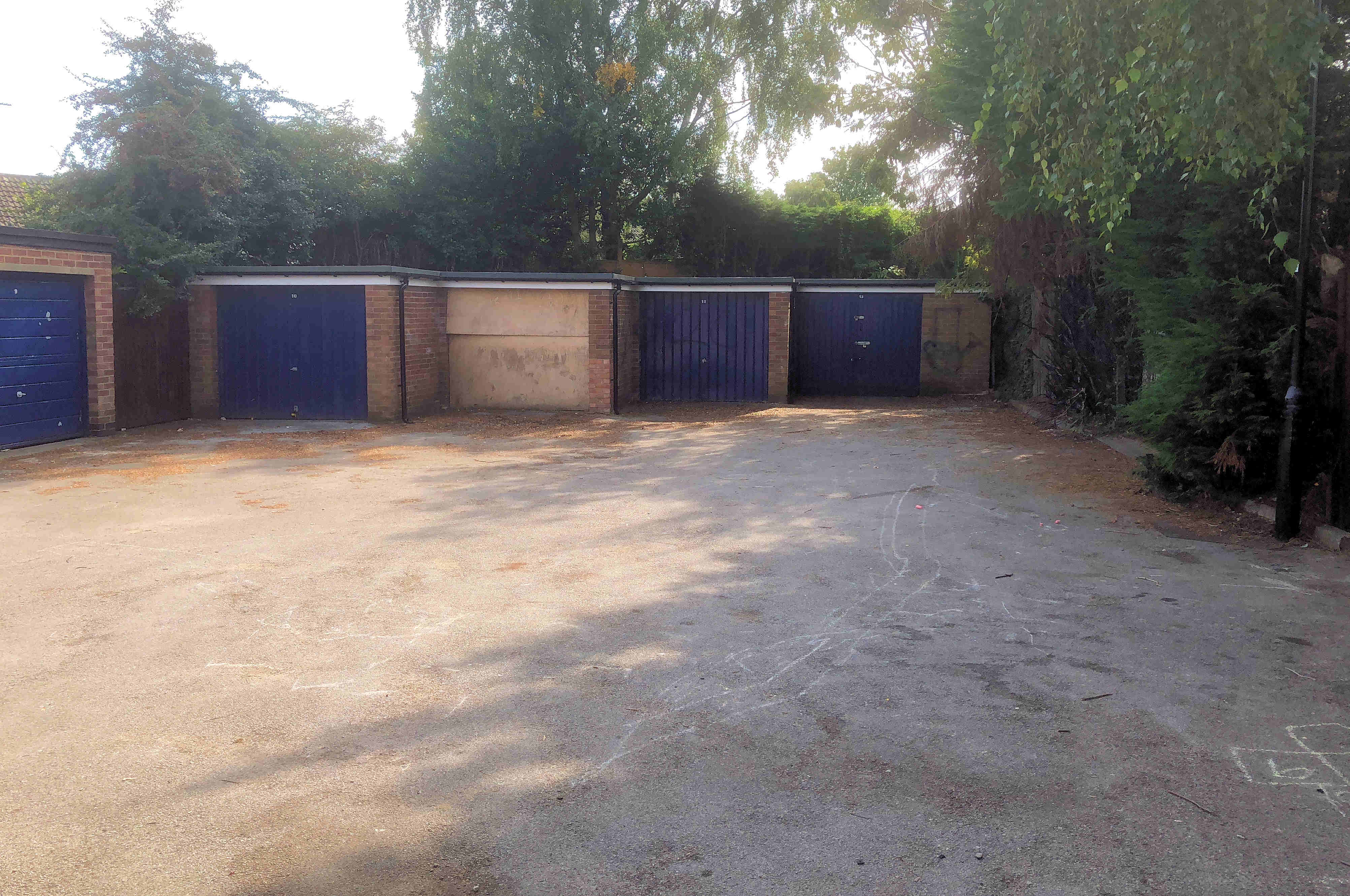 Sad to see garage 11 on the Bramham Road block still unused. Was reported to the Council 6 months ago. 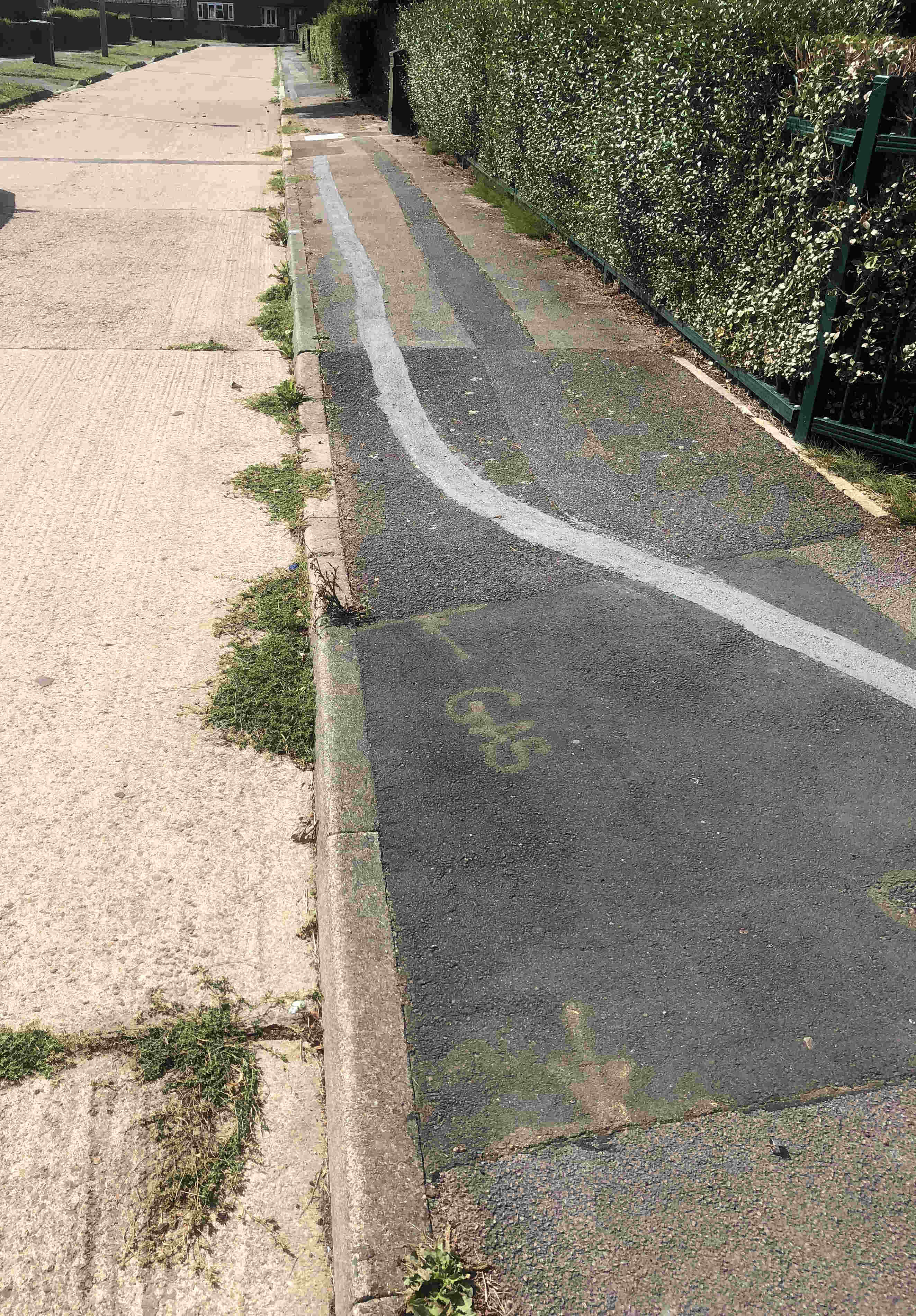 Weeds in St Stephens Square have not been treated this summer. 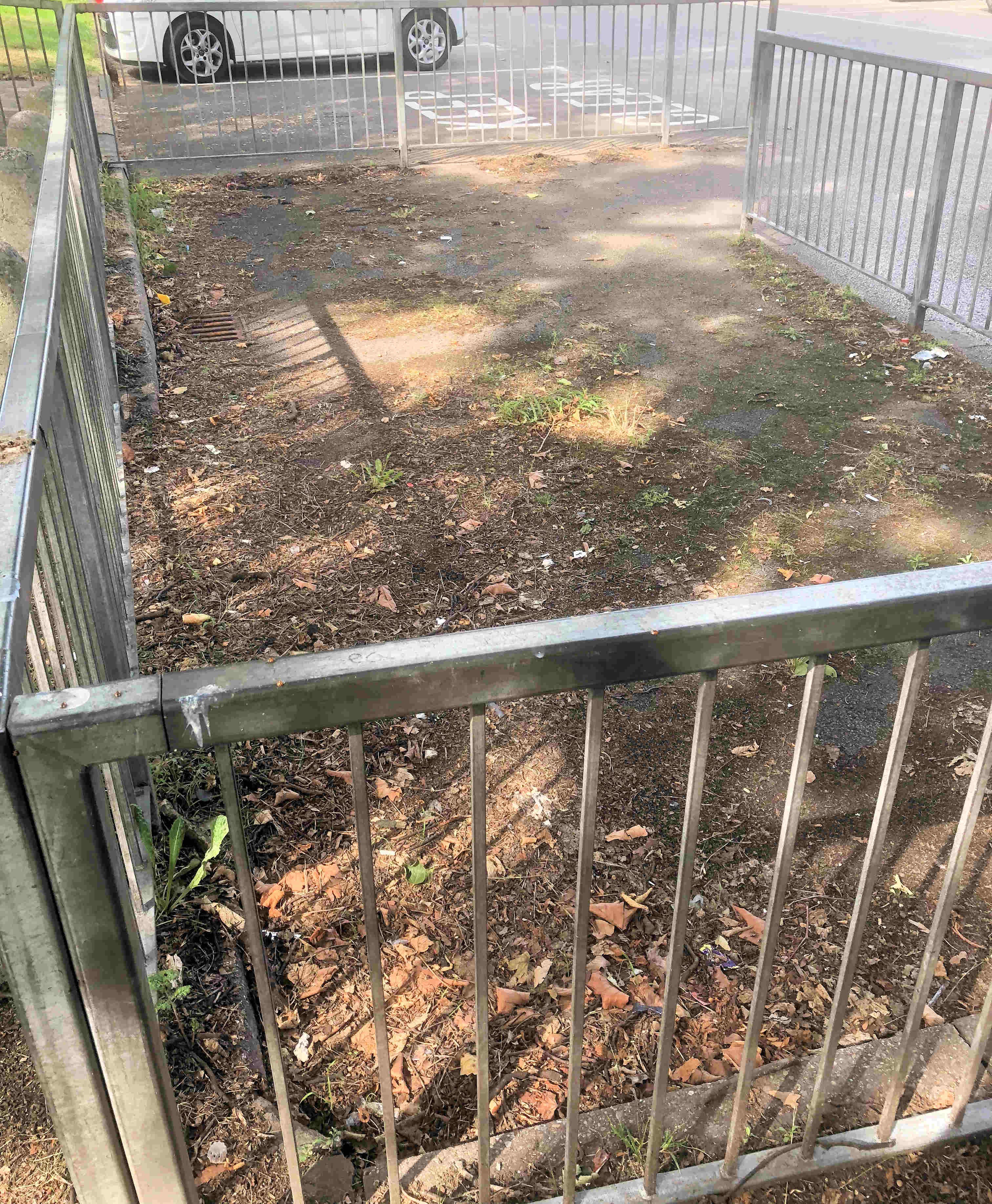