NB This application relates mainly to the detailed design of a playground. The playground is designed for use by those staying at the disabled centre. It is not a replacement for the games area (MUGA) which was publicly accessible and aimed at older children. A statement from the Council on the MUGA replacement – which it was hoped would be provided on the Thanet Road Sports area – is still awaited. 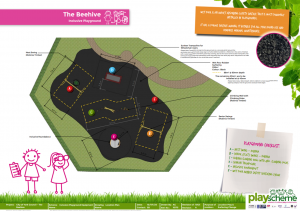 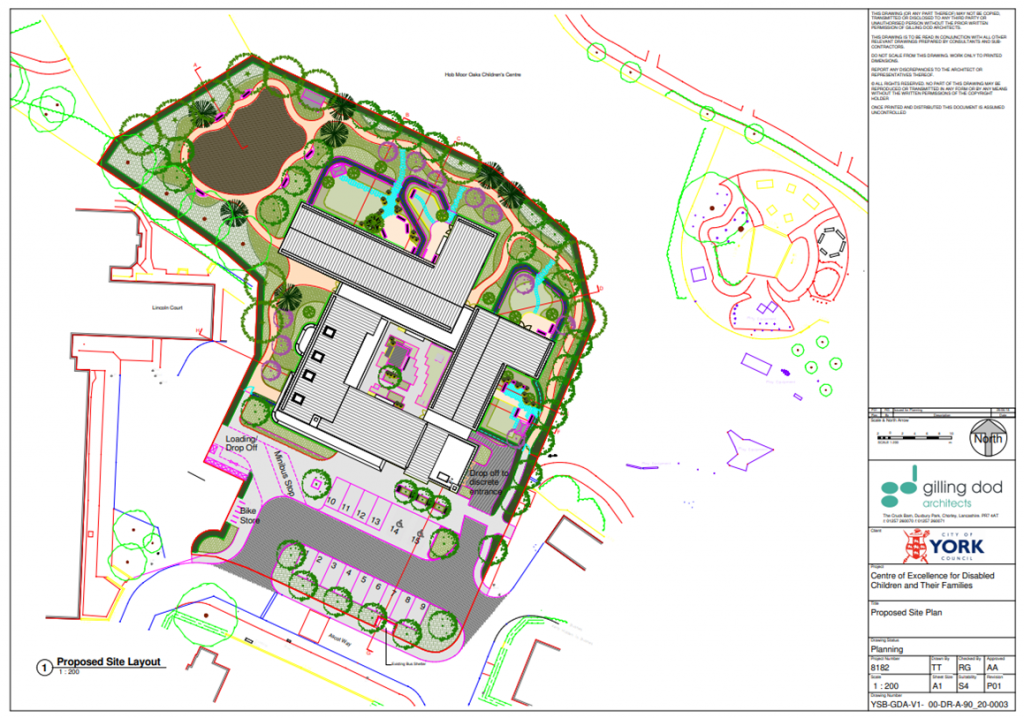 Some good news from Acomb with an announcement that the York Road/Front Street branch of Lloyds bank will remain open “until further notice”.

The bank – the last branch in Acomb – was due to close in June.

The decision may help with post pandemic regeneration efforts in the Front Street commercial area.

We suspect that the closure has only been delayed but the decision is a welcome one nevertheless.

The market returned to Front Street today although wet weather proved to be a bit of a dampener.

The event wasn’t particularly well publicised but is a step in the right direction.

Indeed a more frequent market may be one way of re-energising the shopping area, while maintaining social distancing precautions.

How the Council plans to use extra government transport grant

A secret meeting held today has endorsed a list of transport improvements on which the Council hopes to spend government grant money (Emergency Active Travel grant).

The list does not include any schemes in suburban or village areas, although there have been numerous requests for the Council to improve the maintenance of cycle tracks and to provide additional cycle parking stands on shopping streets. There is very little on the list for pedestrians.

Unfortunately the Council seems prepared to continue the dangerous (for cyclists) carriageway closure on Bishopthorpe Road and will add other contraflow cycle lanes on Coppergate and in The Groves area (Penley’s Grove Street).

Traffic counters are also on the Councils shopping list although traffic measurement tools like these have been deployed in the City for over 2 decades.

Ironically cycle improvements are promised on Tadcaster Road. Since the recent resurfacing this is probably the best road for cycling on in the whole of the City (although the off street path near Tesco does need levelling).

Once again there was no prior notice given of the meeting so residents had no opportunity to make representations before the decision was published. It really is about time for the Council to reintroduce at least a semblance of transparency and democracy back into its governance arrangements.

An additional positive test result was recorded in York on Monday. This brings the cumulative total to 911

The York Council is to relax its City centre ban on blue badge parking.

In another “behind closed doors” decision, approval has been given to create “a parking bay on Duncombe Place (at the north west end of the street) allowing parking for Blue Badge holders for up to 3 hours and loading for up to 30mins seven days/week”.

The Council has pointedly not revealed how much use has been made of the additional 40 disabled spaces which it laid out at the Monk Bar car park. It appears that the vast majority have remained empty.

The Council has been paying a taxi company to provide a lift service from the car park to Kings Square. It turns out that the cost to taxpayers has been £238 a day although the service has been little used. Now the hours of operation of the service are being extended to 8:00pm increasing the daily cost to £358 a day.

That is more than the Council used to spend on transport tokens which were made available to disabled people. The tokens could be used to purchase a door to door taxi service.

There is still no news of any help from the Council for suburban shopping areas like Front Street. It had been suggested that the relaxation of parking restriction there for blue badge holders could have provided both a boost for local traders plus a more convenient option for those with disabilities.

The Council says that these will support the enforcement of access restrictions but not provide “hostile vehicle mitigation”.

The Council has approved the implementation of an “interim pavement café licensing process to enable the hospitality industry to apply for temporary pavement café licences in advance of the Business and Planning Bill being enacted. These temporary licences will be valid for a maximum period of three months after which they will be reviewed and extended for up to a year in line with the requirements set out in the new legislation (not beyond the end of September 2021)”

While allowing outside tables to be provided where space allows seems a sensible step during  the current health crisis, the lack of any comment on the implications on alcohol fuelled disorder have not been acknowledged by the Council. It is unclear where, and when,  the details of any applications will be published

No tip bookings from Monday

The appointment system, which is currently operating at York’s household waste sites like Hazel Court, will be discontinued with effect from Monday

NB. A response to a Freedom of Information request has revealed that the number of appointment requests at Hazel Court have been averaging around 275 a day. At Towthorpe the daily rate has been 214 recently.

Some residents have reacted to yesterdays article by saying investment is urgently needed to regenerate the Front Street shopping area. Although the number of empty units is currently relatively low, there are concerns that sub-urban shopping areas may be hard hit during any recession.

Fortunately many Acomb businesses built up a new customer base during the period of lockdown.

Most though failed to benefit for the Councils marketing campaign.

Even today, the only indications of Council support are two small “social distancing” signs.

The rest of the precinct looks neglected with weeds gaining a foothold in many areas.

We have asked for action to clean up the existing disabled parking bays. However, what is really needed is a more general a “deep clean” Banners, flowers and display lights could also lift the area. A major marketing campaign could emphasis the value and variety offered by many of the indie outlets in the village.

Something more fundament may be needed. The option to reopen the pedestrianised carriageway to blue badge holders on some days of the week, has received some support. There are three parking laybys in the area which together could accommodate 8 or 9 cars. That could provide a worthwhile increase in footfall.

The lay-bys could, at other times, provide space for pop up stalls. Some mobile shops might also want to visit the area to add to the variety which si available.

Front Street was at its best, and most popular, when hosting the Minster FM roadshow at Christmas. Although it is too soon to plan for the return of  large crowds, more modest arts and entertainments activities could be staged.

It will require investment by a Council which seems, at the moment, to be entirely preoccupied with the City centre (where, in fairness, traders also faces major hurdles,)

As a sign of good faith, the York Council could fund a precinct concierge who – as well as regulating access and providing blue badge holders with help with carrying shopping – might also help to keep the area tidy.

In the longer term, a more radical solution could see the pedestrian area extended although this would have far reaching implications not least on some residents and the bus service.

However, the Council does need to explore all options as part of, what it terms as, its “big conversation” with residents.

There should be no delay.

Local shopping streets like Foxwood Lane/Beagle Ridge Drive mostly continued trading through the lock-down. All but the hairdressers are open. No problems with parking today and a few shoppers around at lunchtime

Acomb is York’s second largest shopping area. Its focal store (Morrisons) has remained open throughout the pandemic and has undertaken an increased number of home deliveries

Bishopthorpe Road has established a reputation for itself as a bijou shopping destination with good quality independents predominating. It became mired in controversy a few weeks ago when local Councillors campaigned successfully for the road to be closed to southbound vehicles. It is unclear how this has affected trade but the area was generally quiet today at lunchtime. Road works start on nearby Nunnery Lane this evening. Most shops are open. There was limited space in the dedicated car park

We’ll take a separate look at how the first day of the city centre shopping arrangements have gone.

NB. This is in the building recently converted from a carpet shop into a Pilates studio

Relates to discharging the following conditions.

NB. This is the money that is part funding the provision of football pitches near Bishopthorpe. Another contribution is coming from the developers. The location of the new pitches is nearly 3 miles from Lowfields. Work there has been ongoing for 6 months.

The controversial decision not to spend the funding in the local community nearer Lowfield was made by the City of York Council.

No progress on providing improved active leisure provision in the Westfield ward has been made.