The York Council is set to implement a ban on smoking in playgrounds.

It says that children are more likely to take up the health threatening habit if they frequently see adults smoking.

A report is being considered next week

The ban will be advisory but the Council hopes that peer pressure will ensure that it is respected.

NB. Smoking is the leading cause of preventable death worldwide, killing half of all lifetime users.1 Currently, 11.9% of the York adult population smoke (more than 20,000 smokers), which resulted in over 700 deaths in the city (2016-18), nearly 2000 hospital admissions a year, and costs the economy (through healthcare costs and lost productivity) over £34m a year.

Whilst levels of smoking have fallen faster in York than nationally over the last decade (the prevalence of smoking in England is 13.9%), it still ranks as one of the major public health issues facing our population, and one of the key modifiable factors in improving the health and wellbeing of the people of York across the life course.

Children’s playground in the Westfield area have all now been reopened. Some are displaying “best practice” signs outlining health restrictions. Judging by the numbers in the Acomb Green play area this has proved to be very popular with children (and probably parents).

A new plan for play provision in York will be considered at a meeting next week. 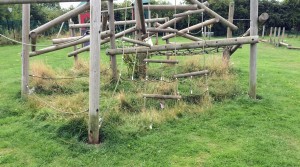 The City has £415,000 available to invest in new play provision. However, many existing sites are being excluded from consideration for improvement because they have “recently” had investment from the Playbuilder programme, the National Lottery or similar.

It seems a shame to us that resources are not to be distributed based on the number of children resident in each area.

It does mean though that some playgrounds, like the one in the Tedder Road park, may qualify for an uplift. The absence of a playground aimed at children living in the Kingsway West area has been an issue for a long time so perhaps that neighbourhood also may benefit.

Suggestions are being invited through the summer edition of “Shine”

The report also talks about high usage playgrounds being inspected each week to ensure regular maintenance and repair work is carried out. 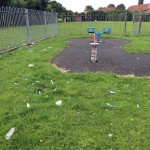 Several local playgrounds and open spaces are covering in litter.

The problems have increased since the start of the school holidays but the root cause was the councils decision to remove many litter bins 12 months ago.

We have reported the Cornlands Park, Chesney’s field, the Westfield Place field and the Grange Lane play area this week. 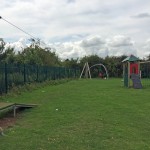 At Grange Lane the play equipment is now all in working order but the area has been spoiled by litter and dumping.

In our view each of these – and one or two other locations – should each have at least one litter bin.