“Investment in waste and environment services to include additional staffing on waste rounds, improved city centre cleaning and effective weed control”. That’s what the York Council is promising in their newly published budget for next year.

In total – over two years – an additional £1 million will be found for a new system of “neighbourhood working”.

The pilot of 3 free replacement boxes per property will continue and be made permanent.

The Council will develop neighbourhood working models across public realm and waste to better respond to the communities needs building on the success of local management, ownership and responsibility elsewhere in the council.

The Council will work with York Business Improvement District to review how city centre cleansing can be improved. The resilience of the services will be improved by removing the reliance on fixed term staff.

In addition they will invest in the weed control service to increase the areas treated and, in response to the world wide ongoing challenge about the use of glyphosate,  will trial alternative methods for dealing with weeds such as foams etc”.

The proposal is short on detail but improvements in cleaning services can’t come soon enough for some sub-urban areas.

The Westfield/Grange Lane park and adjacent nature area is a case in point and is particularly bad at present. 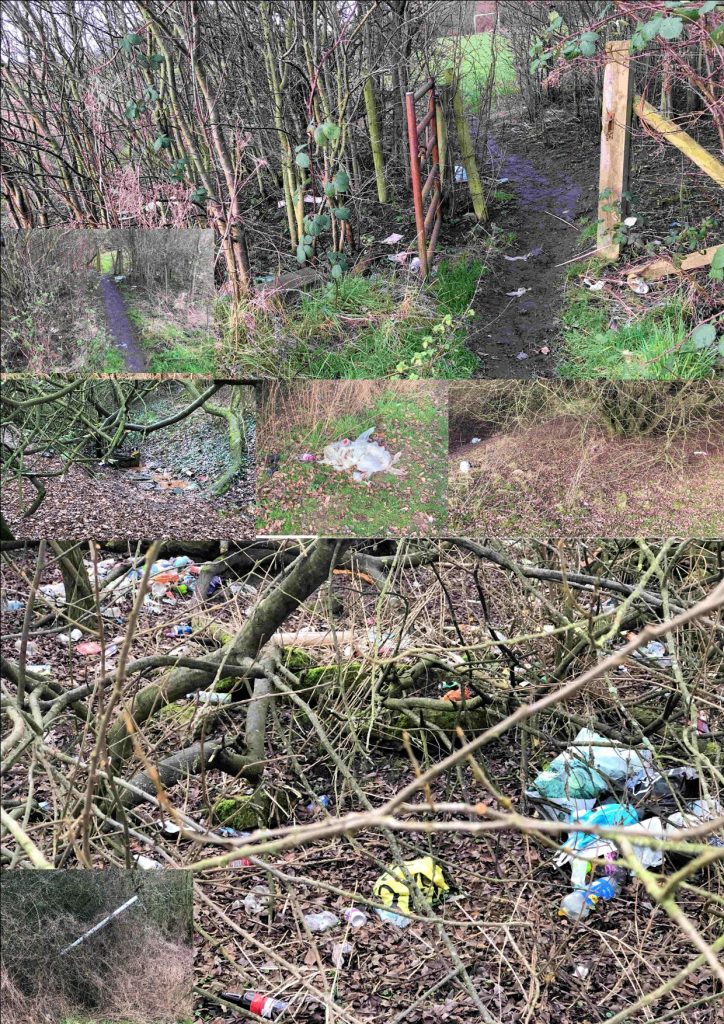 Westfield Park which is located between Grange Lane and Westfield Place

The end of the holidays brings with it a need to deal with some issues. Today we have reported issues with

Hopefully they will be addressed quickly now.

The Councils decision, about a year ago, to stop the estate worker maintenance system, has resulted in a noticeable decline in standards.

The old system – where an identified individual took responsibility for the appearance of communal areas in Council estates – worked reasonably well.

In an attempt to save money, the system was replaced using a couple of teams of mobile workers. They have struggled to maintain standards. The amount of litter on the streets has noticeably increased in many estates.

The Council didn’t need to make economies on the provision of this essential service.

The surplus on the Council housing account last year was £4 million and it has a current positive balance of over £24 million on the account.

Its not just the transport systems that have been under pressure in York this weekend.

People have been pointing to issues with street cleansing in the City centre. Can’t be easy for Council staff and the BID team to keep on top of the problems with such high volumes of pedestrians around (not to mention the security zones).

Even in suburban areas we’ve been finding examples of full bins and badly littered streets. All have been reported for Council attention.

One interesting side effect of the Council report, on improving graffiti removal processes across the City, has been the re-publication of the Service Level Agreement (SLA) or “Customer Contract” for Council estates. The agreement was last reviewed in 2013 and is one of several SLAs which were agreed for different public service areas across the City.

All references to them were removed from the Council web site several years ago.

The SLAs have never formally been abandoned by the Council, but even a casual glance at some of the requirements (above), reveals failings.

Tenants will search in vain for such information on the Councils web site.

The Council no longer even publishes the agendas & minutes of resident’s association meetings on its site. Lack of support from the Council, means that many of the listed residents associations have ceased to function.

Although the Council promises to “remove dumped rubbish within 7 days”, proactive cleansing no longer routinely takes place. A mobile “estate worker” reacts only to reported issues. This may explain the lamentable drop off in street cleansing standards in some estates this summer.

Customer satisfaction and KPI stats are not published at an estate level. Most are not routinely shared with residents’ associations.

Even when problems like overgrown trees and hedges are identified as an issue the Council fails to take effective action.

In Foxwood a list of streets where hedges needed cutting back from public footpaths was identified 6 months ago. The estate improvement budget was identified as a source of resources with action to be taken over the winter period, but the work has, apparently, yet to be authorised by ward Councillors.

The Council should review and republish all its SLAs. Performance against target should be reported frankly and regularly at least on social media channels.

That fresh approach needs to start now. It will need the committed and public support of senior managers and executive Councillors