An appeal against the refusal of planning permission for a 20 metre high 5G phone mast has been rejected.

The mast was due to be erected opposite Acomb Gables.

Rejected by Local Authority planners, we reported in April that the developers had appealed against that decision.

A second application for a mast (which is still outstanding) a few metres away had been branded by residents as “intrusive” It could “impact on the conservation area“. They asked that an alternative, less prominent, location be sought.

Now a government inspector has agreed with the residents.

“.the mast would be an unduly prominent feature to the detriment of the character and appearance of the Conservation Area (CA).

There is a mile stone set against the retaining wall. As a traditional feature, this contributes to the appreciation of the streetscape as well as the character and appearance of the CA. Views on the approach to this mile stone would be obscured by cabinets placed on either side, to the significant detriment of the positive contribution this mile stone makes to the area and the CA.

In the light of the Inspectors conclusion the local Planning Committee is expected to refuse the second application.

We will monitor the alternative proposal and any applications for other locations which may come forward.

Applications are starting to come in for new mobile phone masts in parts of York. They will support the new 5G network that is being rolled out. 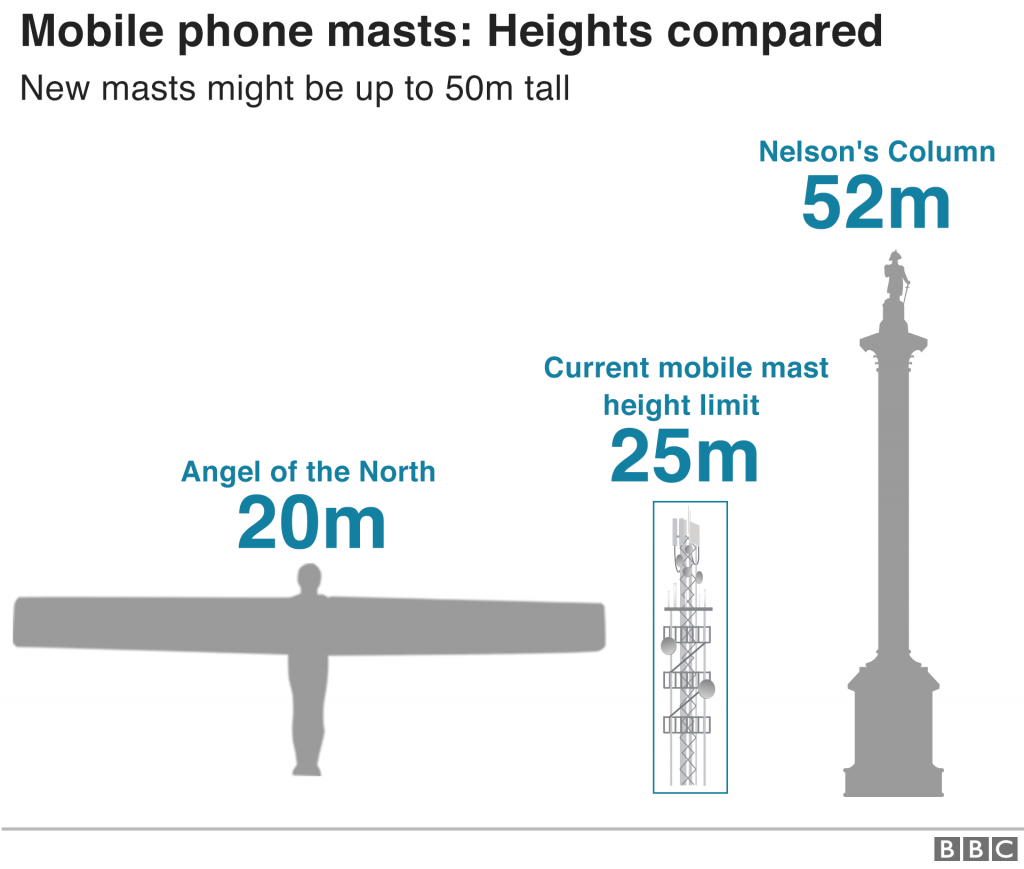 We understand that many will involve the upgrade of existing equipment.

Only one case has so far been referred to the planning committee. It concerns a proposed mast to be located in Naburn Lane. 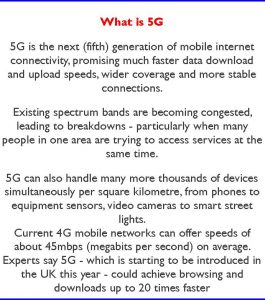 The application seeks permission for the replacement of an existing 11.7m high monopole telecommunications mast with a 20m high tower and associated cabinets.

The site is in the Green Belt. Officials are recommending approval at a meeting next week.

The application does, however, raise the broader issue of how many new masts may be required in the York area and crucially how high they might be.

Last year the government threatened to remove Councils powers to vet applications. They hoped that this would speed up the process of rolling out the new network

While the new masts could be twice as high as those provided for 4G coverage, the main impact is likely to be on rural areas.

At present little information has been made available to York residents. All we have are national  background briefings.

A BBC article last year reacted to forecasts of hundreds of new masts being required.

We think that the Council should tell residents what to expect, where and when as the 5G revolution gathers pace