We hoped that we had seen the last of the damaging weed growth that threatened to wreck footpath and forecourt surfaces  last summer.

The Council’s weed control programme failed last year but there are hopes that things will be better this year.

We were advised that a first application of weed killer to paths and gutters  took place in April.

Recent damp but warm weather has encouraged plant growth and the inevitable appearance of weeds. There seems to be little evidence in some streets and back lanes of “die back” from the application.

However weed control operatives have been seen in various parts of the City so it may be too early to draw conclusions.

One worrying trend has been the reappearance of  tough weeds like “Horses/Mares Tail”. There have been sightings of this pervasive and destructive weed in several locations including Windsor Garth, Green Lane, Kir Crescent and Marston Avenue. In each case damage is being caused to footpath or road surfaces. This is likely to be expensive to repair.

There is a proprietary “diamond” weed killer which eliminates weeds like this as well as nettles and thistles. It is not clear whether the Council has specified the use of this product in problem areas.

If it hasn’t then it needs  to get a move on with applying the chemical quickly to avoid further damage and expense. 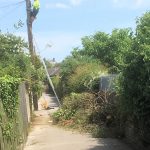 Tree cuttings have been removed from the Milner Street back lane. The alley is now accessible for vehicles.

Problems were reported at the weekend and Council officials worked with residents to address  the issue.

We understand that a garden clearance contractor had failed to provide a skip for the waste hence the obstruction on the lane. In the end we understand that the house owner paid for another skip to clear the site. 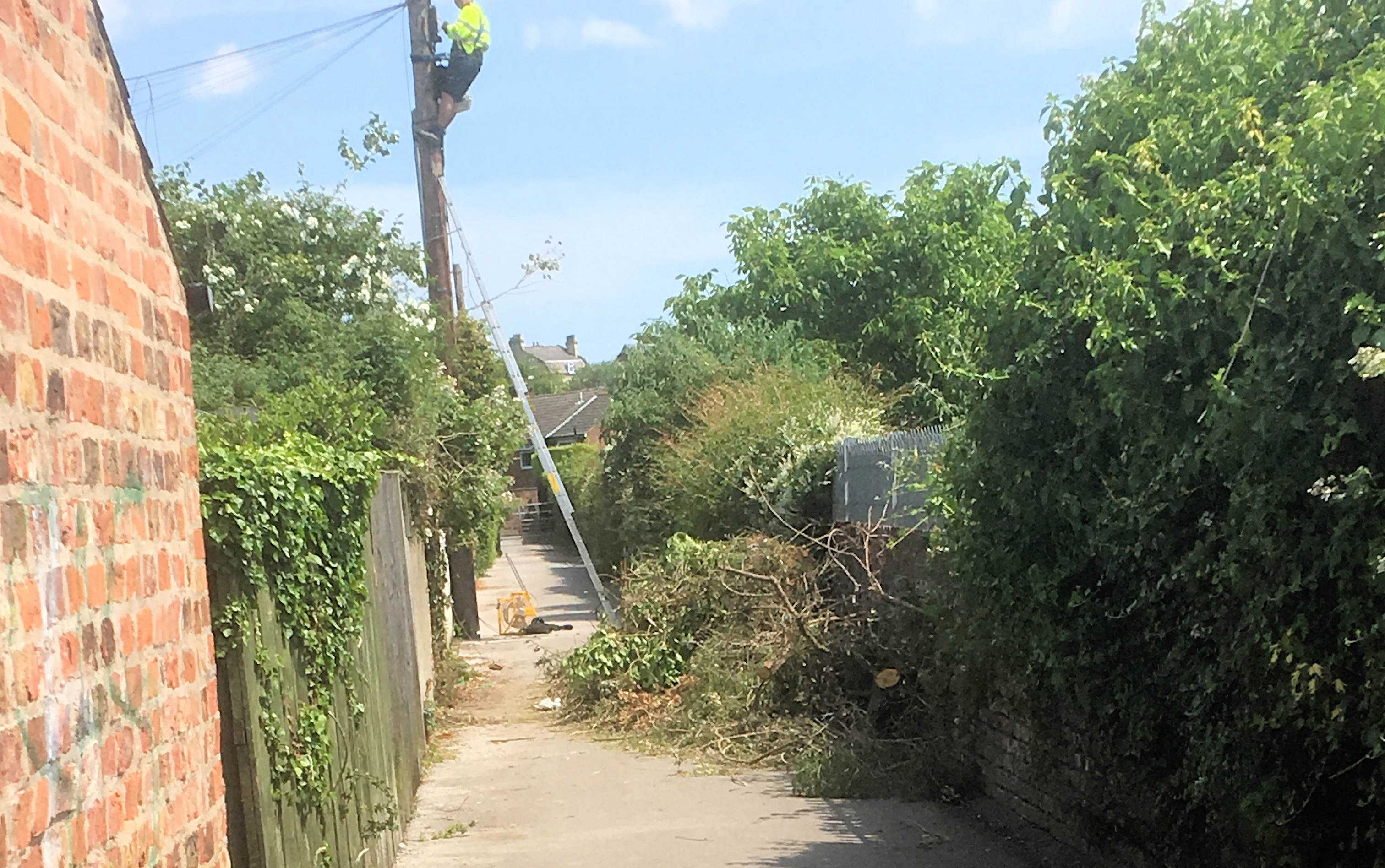 Tree branches dumped from a garden renovation project at a nearby house are causing problems for residents in the Milner Street area.

The obstructions – which have been reported to the Council – have been there since  Friday.

Cllr Andrew Waller has promised to get the alley cleared as quickly as possible.