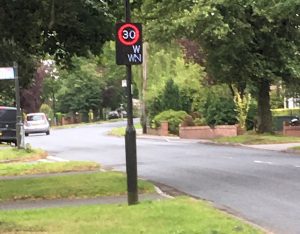 A meeting next week will consider a Council officials response to residents’ concerns about speeding traffic on Wetherby Road. The report follows the collection of a petition which asked for

One of the flashing signs (on the odd numbered, Acomb Ward, side of the road) has been missing for over 2 years. It was faulty and the expectations were that it would be repaired and returned to its site.

Now officials say that speeds are lower on Wetherby Road and that, if a sign is too be provided, then it will have to be funded through the delegated budget held by Acomb Ward Councillors.  They go on to say that they approached the Councillors for the Acomb Ward (Cllrs Keith Myers and Stuart Barnes) in 2017 asking them to fund a replacement, but received no response. A new ward budget will be available from 1st April 2019 so the request could be renewed.

The report claims that vehicle speeds on the built-up section of Wetherby Road have reduced since the buffer 40 mph limit was introduced on the “rural” section 2 years ago.

Before and after speeds were recorded and are reproduced in a table (below).

As might be expected they show a small reduction in the speed of vehicles in the urban area (Eastbound), although speeds on the rural stretch actually increased.

The “after” figures were, however, taken in August 2017 before work on enlarging the ring road roundabout had been completed. One of the main reasons why residents collected the petition was a concern that the easier access across and from the A1237 would lead to increased speeds.

We think that the Acomb Ward Councillors should agree to fund a replacement speed sign. 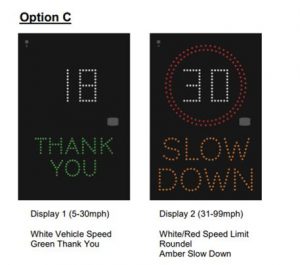 Elsewhere, at the same meeting, officials are recommending that the newer type of speed sign, which shows the actual speed of an approaching vehicle, should be trialled in the City. Unfortunately the sites identified, for the trial introduction of the signs, are all in eastern York. This type of sign is in common use elsewhere in Yorkshire and beyond.

The Council should agree to add Wetherby Road to the trial locations. 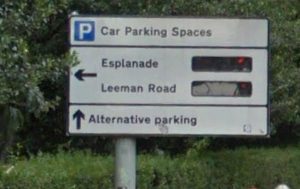 It looks like the Council may finally be reinstating the remote car park space availability systems.

The real time information – available on street signs and via the internet – was abandoned some 5 years ago.

Now a £98,000 contract has been awarded to Swarco Traffic Ltd for the provision of new control equipment 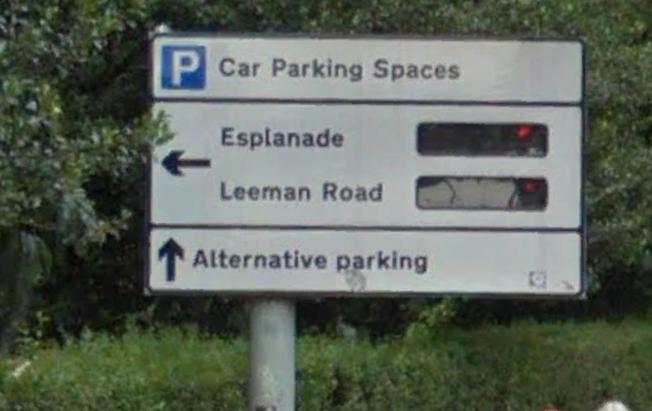 The Council has about 20 signs on arterial roads which, until about 5 years ago, showed how many empty parking spaces there were at each car park.

Such facilities became commonplace on City streets more than a decade ago. They’re still to be found at many tourist destinations.

The FOI response has also revealed that the counters which allow the number of spaces to be identified, will only be reactivate on three of the signs before the end of the financial year.

The Council – after promising that its on line service, which also gives a guide to finding space, would be updated – has now been decommissioned.  The number of spaces shown has been incorrect for several years.

Users are now referred to the iTravel web site which contains only a list of car parks (and without an indication of the number of spaces at each).

There were also hopes that space availability would be linked to GPS systems to allow “Sat Nav” users to optimise their routes. Now it seems that driving round the inner ring road will continue to be the only way of finding a space.

That’s bad news for a Council leadership that claims to be trying to reduce pollution levels in the City centre, by cutting out unnecessary travel. Its also bad news fro some City centre traders who sell goods that require a purchaser to have access to their own transport. 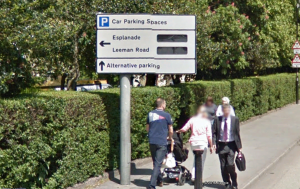 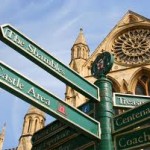 An award-winning consultancy which has worked on a number of nationally acclaimed projects for Derby, Oxford and Cambridge has been appointed to undertake a six-week consultation on behalf of City of York Council, into the future-look of York’s signposts, and in particular how this can benefit people with disabilities or dementia.