The five new bungalows being built by the York Council on Newbury Avenue are now several weeks late. The contract was supposed to be completed in early September.

The contract at the site has a value of £3/4 million.

The development was a controversial one because the Council declined to make adequate alternative off street parking space available for the former renters of the garages which used to occupy the site.

The development was delayed last year following a mix up over the relocation of a telecoms cabinet.

Residents are hoping that some solutions, to the problems caused by widespread building works in the Westfield area, will emerge from last nights public meeting.

There are acute congestion, parking and noise problems at and near sevral sites.

Most of the promised new parking bays in the Westfield area have now been completed. These are funded from a combination of the Westfield ward delegated budget and the Housing Estate Improvement Programme.

An additional 5 off street lay-by spaces are due to be provided in Tudor Road shortly. These will be funded as part of the Lowfields redevelopment project. 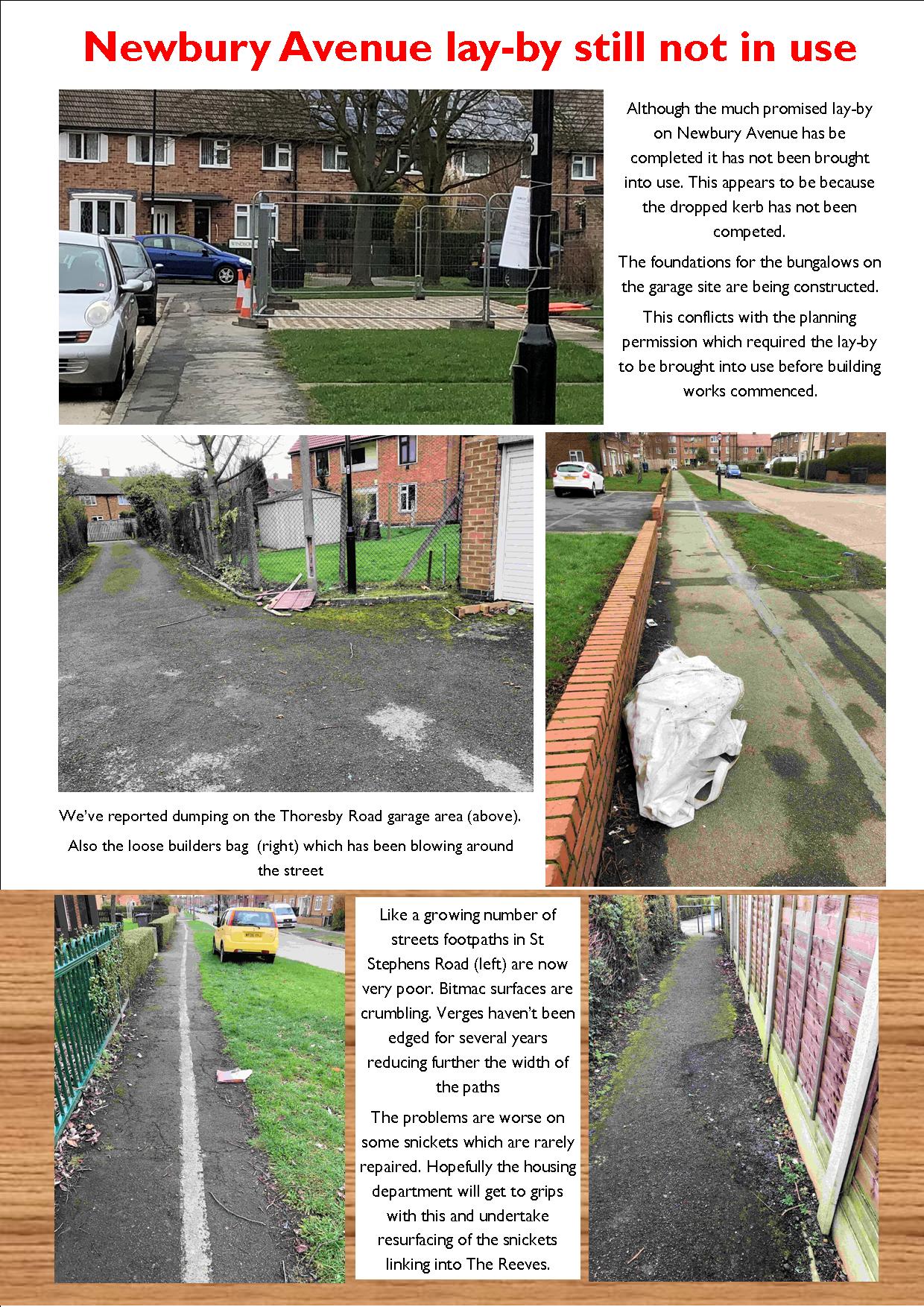 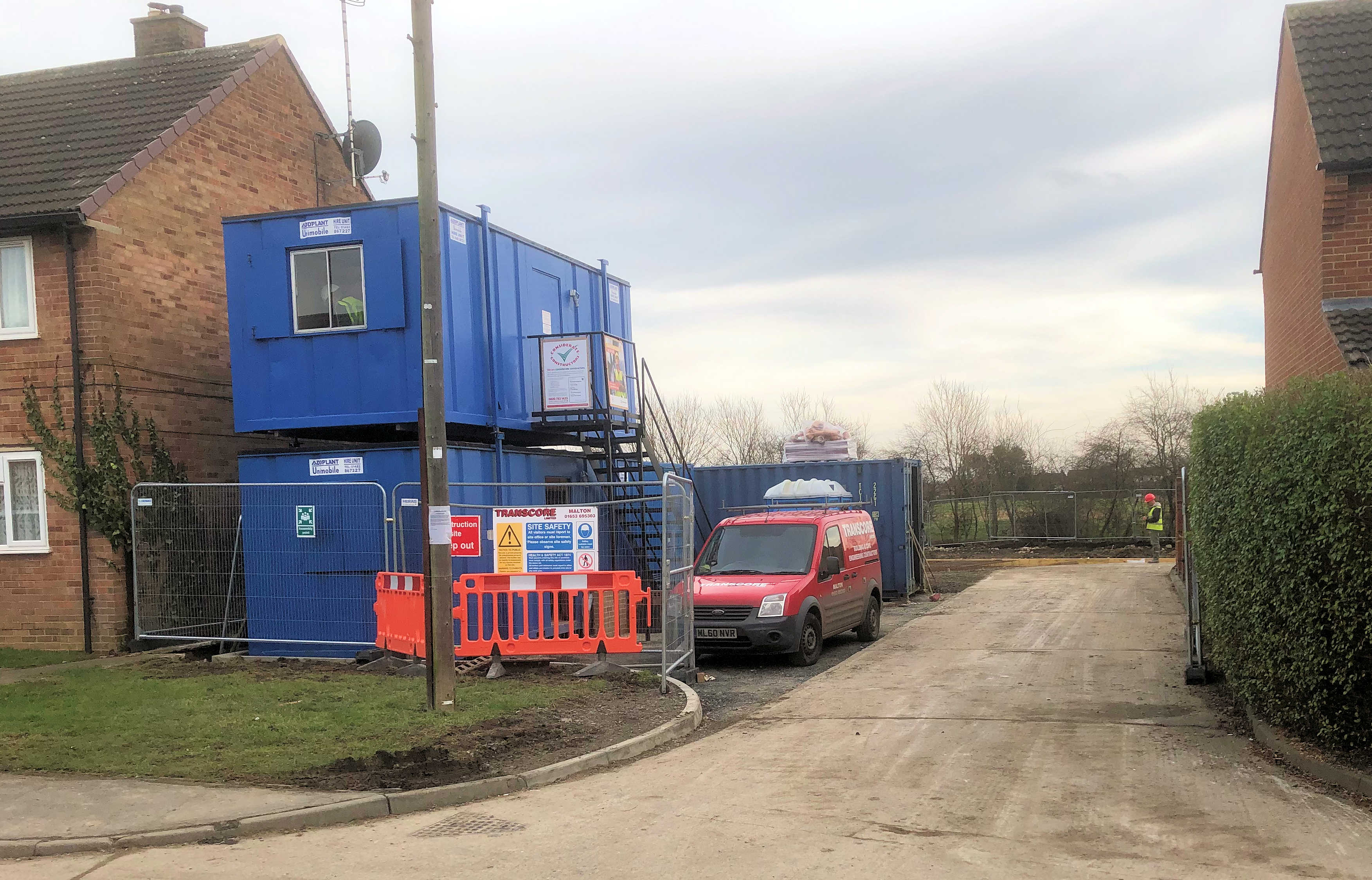 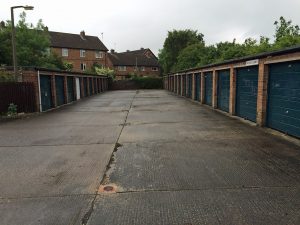 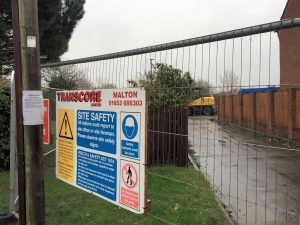 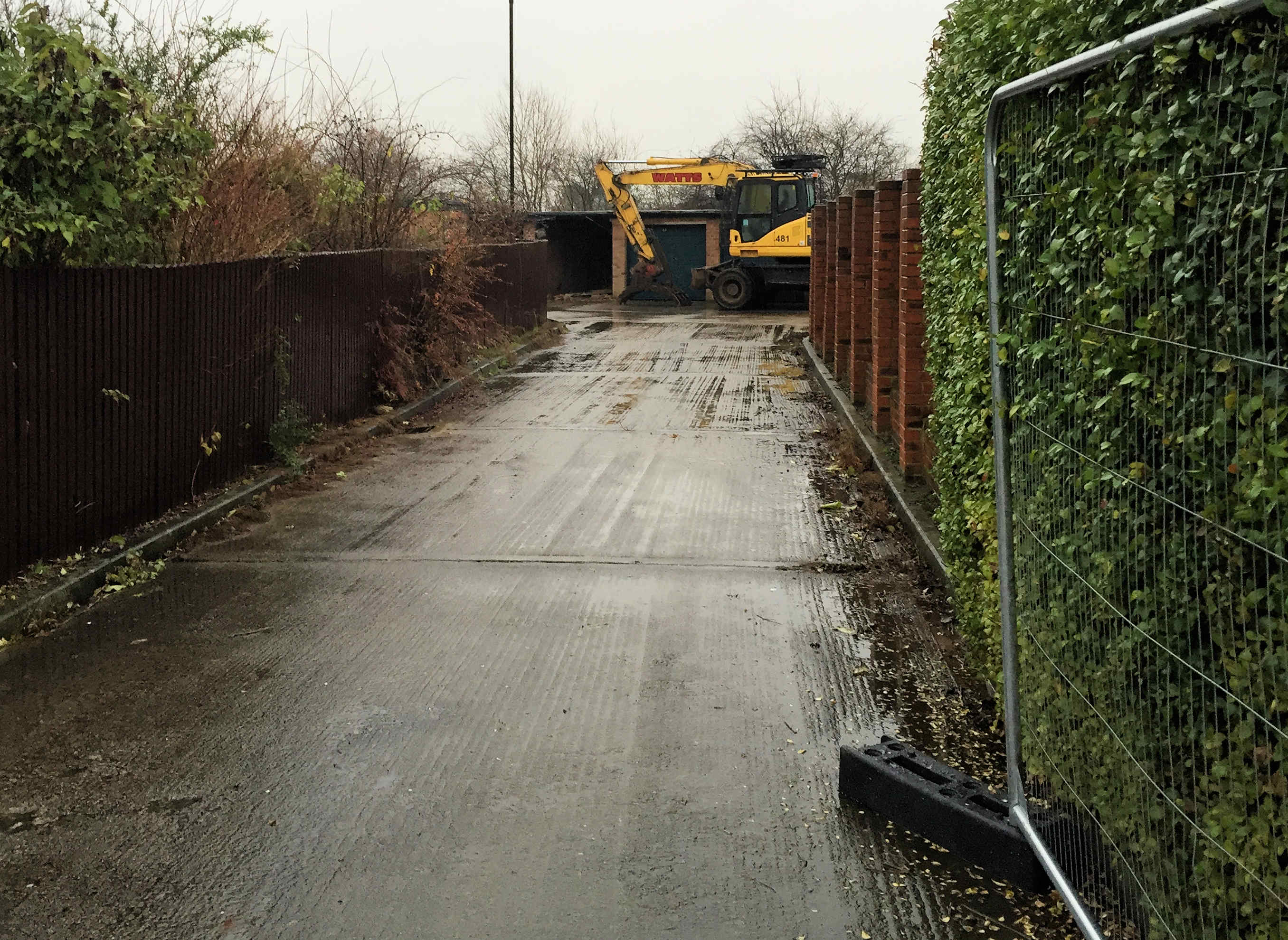 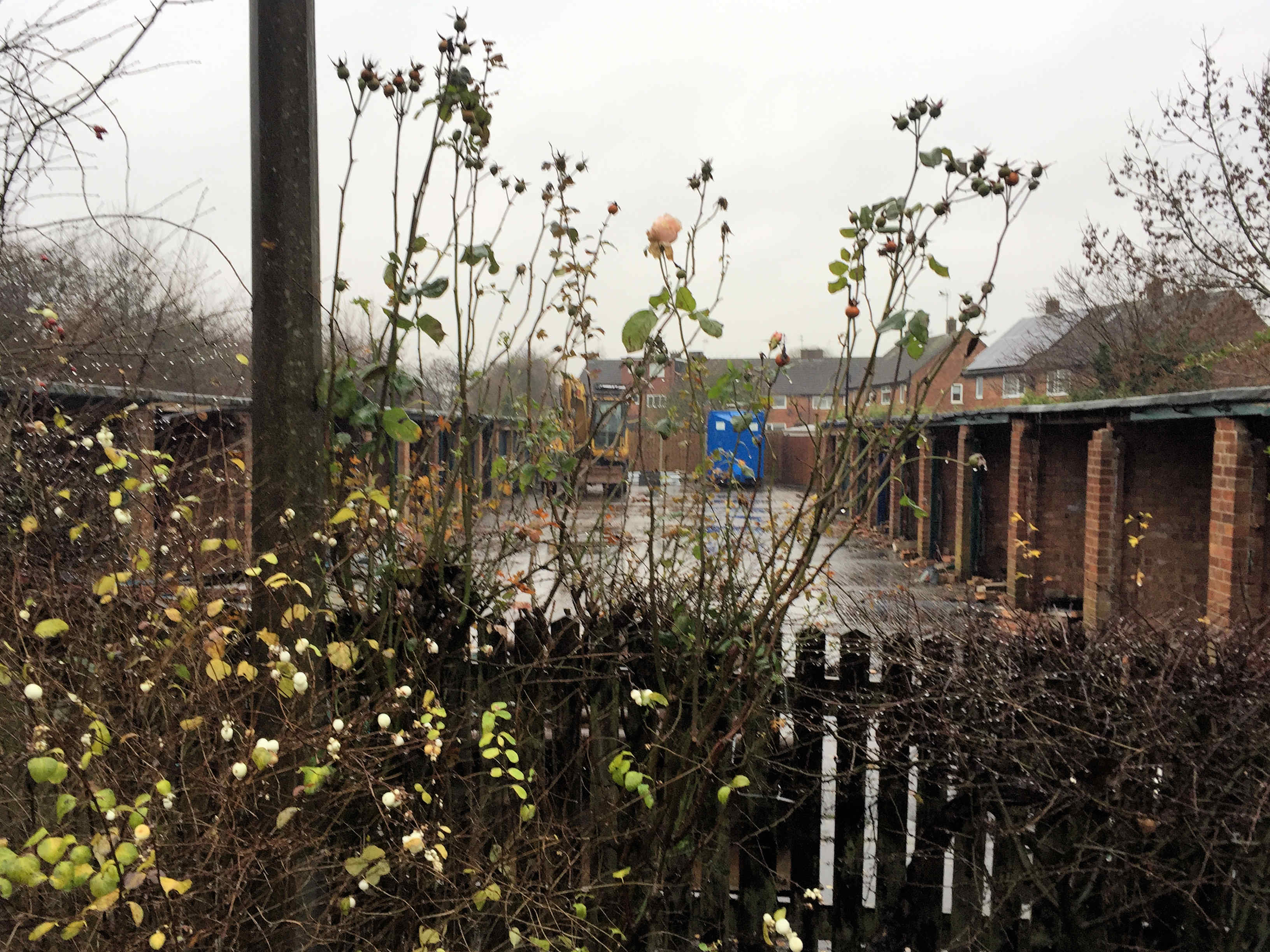 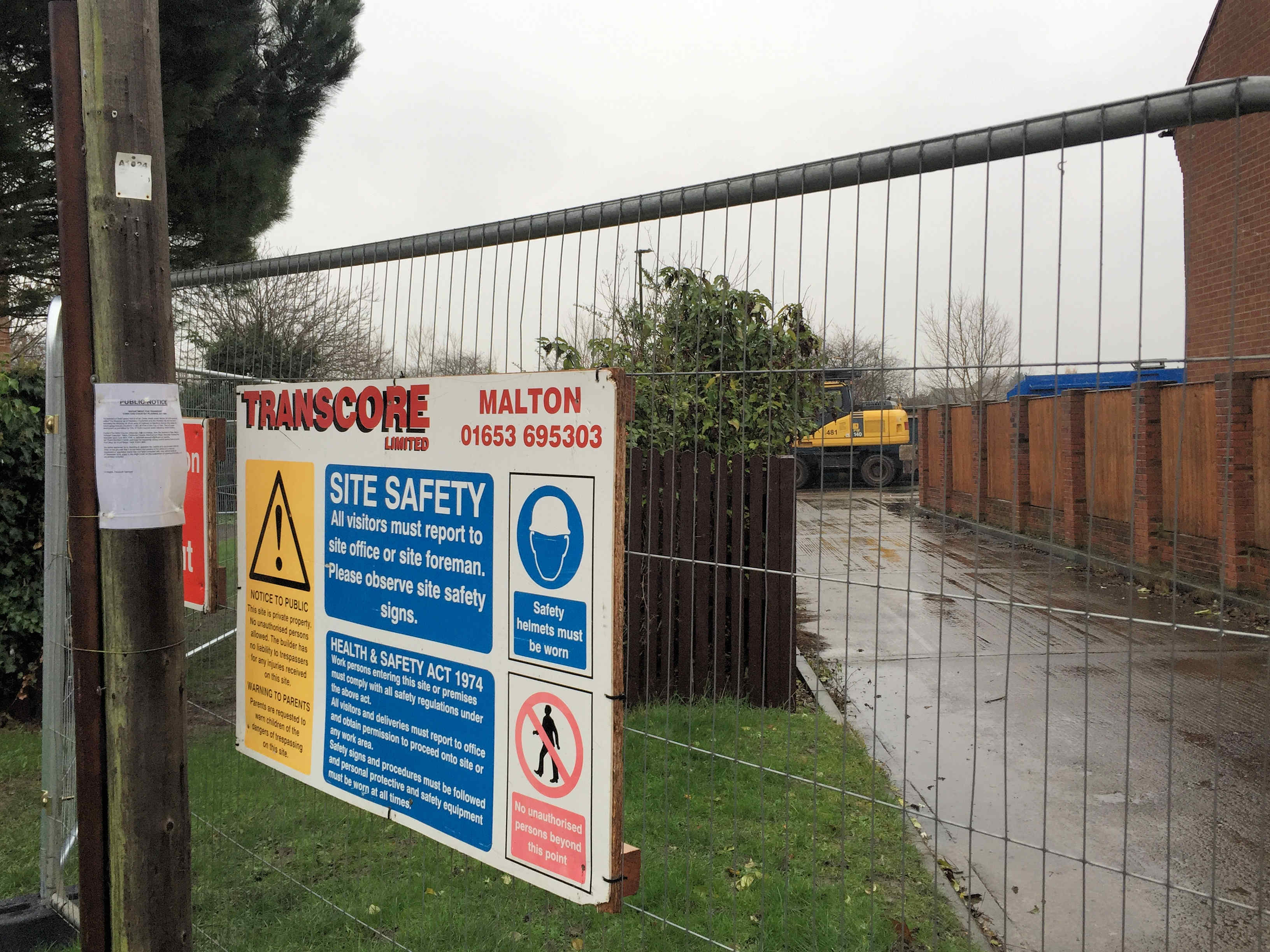