Part of the planning approva,l for the provision of sports pitches on land off Tadcaster Road/Sim Balk Lane, was that improvements had to be made to the cycle track link to the Park and Ride site. Users of the pitches would use parking spaces at the P & R site and then walk to the changing rooms. Details of the improvement works had to be agreed by the Council and published before building work started. This didn’t happen but, before the pitches can be used, improvements must be implemented.

A new application was published on the Councils “Planning on Line” web site a few weeks ago. It purported to give details of the way in which condition 14 of the original application would be fulfilled. However, no details of the proposals (understood to include some resurfacing work and better lighting) were included.

The application has some additional significance as a certificate of completion for the new pitches can’t be issued until the work is completed. Completion of the pitches is a planning condition attached to the Council’s housing development at Lowfield.

The condition said that homes there couldn’t be occupied until the replacement pitches were brought into use.

Not withstanding this, the Council announced in the media yesterday that the home s at Lowfields were being occupied. No attempt seems to have been made by the Councils housing arm (Shape Homes) to discharge the condition or have the planning permission amended.

The muddle is now subject to a formal complaint to the Councils planning enforcement team.

Meanwhile more bad news for cyclists. The cycle path which runs adjacent to the A64 slip road near the Pike Hills golf course remains blocked. Some mowing has taken place next to the dual carriageway but the slip road area has been ,missed.

We’re not sure whether this was just an oversight or whether a “demarcation dispute” is taking place between Highways Yorkshire and the York Council?

Either way, cyclists currently need PPE to negotiate the nettles, brambles and thistles which impede the path.

Delays in commisioning new football pitches near Sim Balk Lane could delay the occupation of houses at Lowfields. The pitches, part of a Bishopthorpe FC expansion project, were part funded by developer contributions from Lowfields.

The Council at the time argued that the pitches would replace those lost at Lowfields.

One of the conditions attached to the granting of the Lowfields development was that the homes there would not be occupied until the new pitches had been brought into use.

It has now emerged that completion of the Sim Balk Lane scheme is delayed.

Essential work to the adjacent cycle track, – which provides a link to a parking area – has not been started.

The work will require approval by the Council and is unlikely to be completed until late in the year.

The developers say that they have already installed new bins as part of the project which has helped reduce the littering issue in that area.

The planning permission for Lowfields included the following condition.

34 No dwelling within the red line area highlighted on the attached plan (insert plan reference ) shall be occupied until three replacement football pitches of the same size as those on land subject to this planning application, have been created. The three pitches shall be on land ‘To The South East Of 235 Tadcaster Road’, subject planning permission Ref. No. 18/00251/FUL. The completed works shall include all levelling, drainage, ground preparation and grass seeding works
Reason:- To ensure that appropriate replacement playing pitch facilities are provided for those lost in association with the development and to secure compliance with paragraphs 73 and 74 of the NPPF.

Separately the Council claimed earlier in the week that all available properties at Lowfields had been reserved by prospective purchasers.

The plan to provide football pitches and a clubhouse for use by the Bishopthorpe football team on land off Sim Balk Lane was approved in June 2019.

It was controversial as the Council agreed to contribute £850,000 towards the £1.5 million scheme, claiming that it would compensate for the loss of open space at Lowfields.

Residents were quick to point out the new pitches were 3 miles from Lowfields and that there wasn’t even a public transport link between the two areas.

Others commented that the clubhouse design seemed to be at the luxury end of the market.

One a more positive note, much improvements to the adjacent cycle path were promised as part of the project (they have not yet materialised)

It was agreed that the new facilities would be completed before the first homes at Lowfields were occupied.

Now a Council report says that the delayed Bishopthorpe scheme is running £303,000 over budget. The costs of providing services to the pavilion are blamed for the increase.

The Council is now showing a contribution towards the project of £1,052,000 in its revised budget for this year.

The report says that “£190k of additional funding has been identified to date, but this is not sufficient to cover the entire cost increase and the team is working to identify further funding to cover the remaining £113k overspend”.

No further details, an updated budget or completion timetable have been published.

This Lowfields site will include 140 mixed tenure homes of which 56 will be affordable homes. The contractor has been on site since December 2019 and the Council says that it is “progressing well” with significant progress on “infrastructure work along with substructures”. 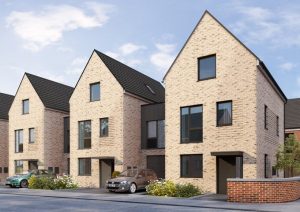 However the first 34 homes are now not due to be completed until early in 2021.

It later formed a company called Shape homes and said it would recruit staff to work with it. The latest financial report suggest that this had not progressed by the end of the financial year with over £1.2 million of the available budget slipping into the current year.

The Council also failed to invest £1.9 million of the budget that it set aside for the repair and modernisation of existing homes.

Meanwhile the football pitch project on Sim Balk Lane has stalled. The pitches were nominally supposed to replace those lost at Lowfields as a result of development, albeit they are 3 miles away. The land near London Bridge became waterlogged over the winter and is only now beginning to grass over. 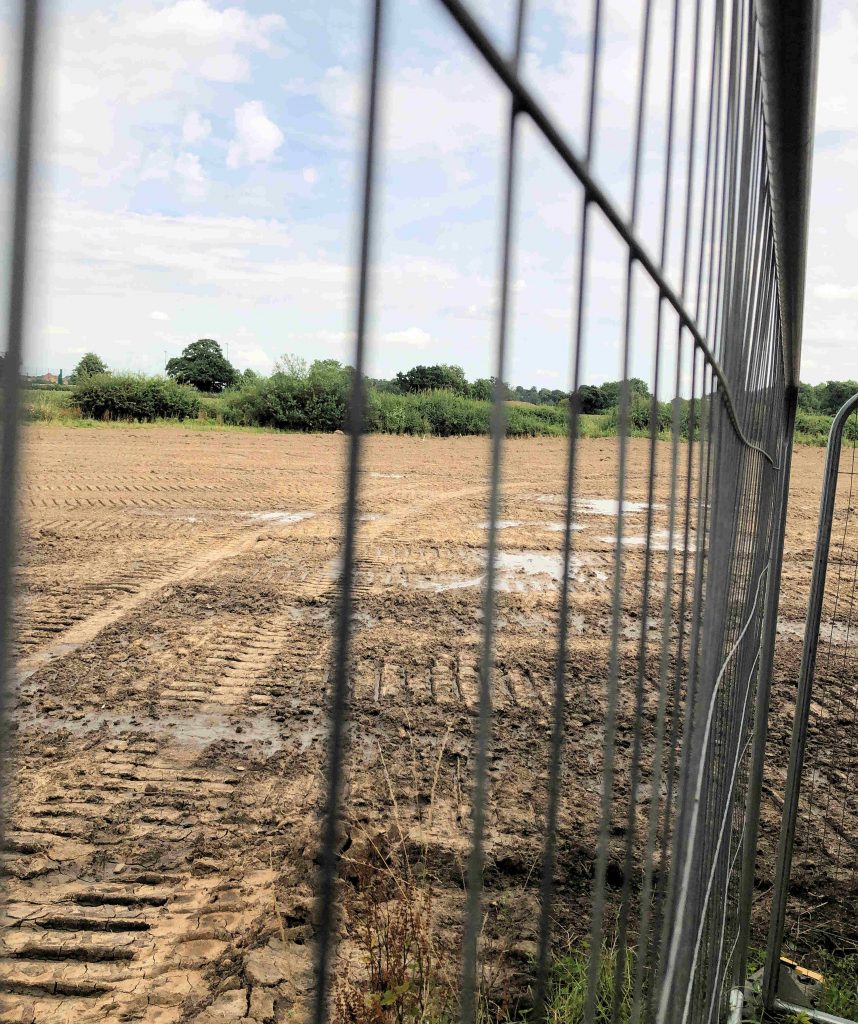 The biggest problem though is the expensive “pavilion” which incorporates changing rooms.

A report to a meeting being held today says, “The construction of the pavilion / changing rooms has been put on hold due to the Covid-19 restrictions and it is not known when the work will be able to restart. The final procurement for the access road has also been put on hold”.

We wish that project well, but would have preferred to see some of the £850,000 cost (to taxpayers) invested in outdoor sports/leisure facilities in the Westfield area.

The conversion of James House from offices to 57 self-contained apartments for temporary homeless accommodation was completed on 14th April 2020, fifteen months behind schedule.

The Council says, “For homeless households the self-contained apartments will offer safe, secure and comfortable accommodation before permanent housing can be found for them. James House was open to residents in June 2020”.

The Council now admits that, as well as being 15 months behind schedule, the final costs are currently £1.782m above the agreed budget of £12.4m.

The council says that they have appointed independent experts to review the programming, delay, and quantity surveying aspects of the project.

The Council have now appointed a contractor to build a “Pavilion, Clubhouse and Changing Rooms” on Tadcaster Road near Sim Balk Lane.

It will become the home of a football team currently based in Bishopthorpe.

The contract was won by Fullwood of Pontefract

This compared to the costs of new modular changing rooms which are available from less than £40,000 from a number of companies.

These include Sports Changing Rooms and York’s own Portakabin

The cost of the pavilion is controversial because it is being partly funded from monies generated by building on playing fields at Lowfield.

More modest changing facilities would have allowed the surplus to be used to provide an all-weather games area to replace both the facilities lost at Lowfields and also the Kingsway West children’s games area which the Council demolished earlier in the summer.

The Council has still not made any public announcement about the replacement games area which could be located on Thanet Road.

This compares to the £600,000 cost of providing of a modern changing room & clubhouse recently for the Hamilton Panthers team on Little Knavesmire.

The York Council has been asked to contribute £850,000 to the Bishopthorpe scheme with the rest coming mainly from the Football Foundation and fundraising.

Most of the £850,000 is being abstracted from the Westfield Ward.

Officials claim it is a substitute for the pitches lost at Lowfield which are now being built on.

NB. There has still been no progress on replacing the children’s all weather sports area which was a valued amenity in the Kingsway West area. The Council took the games area over as a building compound over 3 months ago, promising that alternative facilities would be provided.