NB. An archaeological survey. Mainly relates to Ridge and Furrow farming methods in the area

Contractors at the new centre for disabled children on Ascot Way were piling yesterday. The site is only a few metres from the school so it is unfortunate that the nosiest work couldn’t be completed before the new school term started.

The residents association at their meeting on Wednesday are likely to be demanding answers to questions about why work on the replacement off street games facilities for young people haven’t been started yet.

Residents were promised 6 months ago that an all weather surface would be provided at Thanet Road together with an outdoor gym.

It is sad to see so many green spaces in the City being gradually eroded.

The reality of planning decisions, taken by the Council over the last few years, are rapidly becoming clearer. The trend is particularly evident in west York where former school playing field have proved to be vulnerable.

It started with the development of the playing field at the former Our Lady’s school site on Windsor Garth. The “Hob Stone” estate took up the whole of the site with no open space retained.

Next was the controversial decision to build on the Lowfields playing field. The decision was made worse when over £400,000, intended to fund alternative sports pitches, was earmarked for a site near Bishopthorpe, which is some 3 miles from Lowfields.

There are alternative brownfield (previously developed) sites in the City. Strangely the local MP over the weekend announced her opposition to building 2500 homes on the land to the rear of the station while planners have omitted the Strensall army camp from Local Development Plans.

There seems to be little reason why a development at the latter could not be restricted to the “built footprint” of the former army buildings. This would still leave large amounts of new public open space. That option is under consideration as part of the latest consultation on the Local Plan

But for west York the outlook remains bleak. The Council is still dilly dallying on proposals to replace the Multi User Games Area on Kingsway West. The existing one is no longer usable as it is no part of a buildng compound.

…and the newly elected Council, despite lofty talk of having a new “stray” in the City, has noticeably failed to put any flesh on the bones of the idea. Prompt action is needed to secure more public open space on the periphery of the City.

Currently there is little sign of any urgency, or even engagement, by the occupants of West Offices.

The demolition contractors for the Windsor House/Lincoln Court/Hob Moor school developments have taken over the Multi User Games Area (MUGA) on Kingsway West.

It in no longer accessible for local children.

Councillors have reportedly agreed to it being used as a building compound.

Sections of the fencing around the area have been removed to allow access to a new service road. The entrance used by children has been secured.

While the loss of the play area is not unexpected following a controversial planning decision a few months ago, the failure of the Council to provide updates on when a replacement facility will be provided (and where) is very disappointing. The location favoured by Sports Clubs and local residents, is on the Thanet Road All Weather Sports area near the junction of Gale Lane and Thanet Road.

At one point the Council promised funding for a new facility but all has gone quiet since the LibDems took control of the Council at the beginning of May.

The loss of the sports facility comes in the wake of similar erosion of facilities in the Westfield area with the Lowfields playing field now being developed as is the Acomb Bowling Club.

The Our Lady’s school field was developed about 3 years ago.

Support for the provision of more public open space – possibly in the form of new strays – on the outskirts of the City is growing.

Change of use from dwelling (use class C3) to a House in Multiple Occupation (use class C4).

Hedges are being ripped out by contractors in preparation for the start of building works at Windsor House and Lincoln Court.

The new disabled centre, which will replace Windsor House, does have planning permission. It is understandable that developers Sewells will want to remove the hedges before the bird nesting season starts.

Work to the rear of Lincoln Court is more controversial. A planning permission granted in December was found to be flawed. This forced the Council, to submit a new application which has yet to be determined. It has attracted a lot of objections including a significant one from Sport England.

It is therefore premature to undertake work in that area. 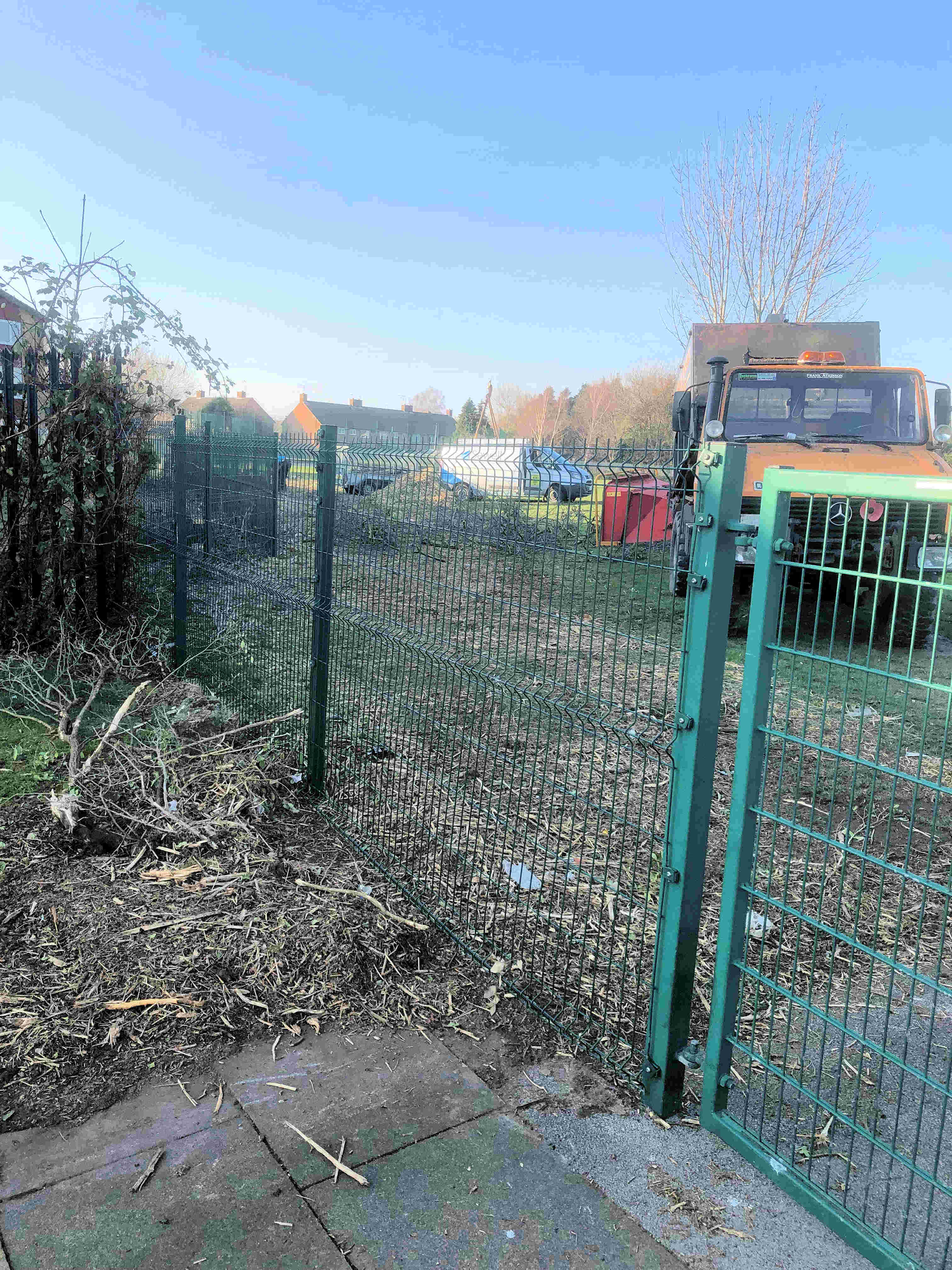 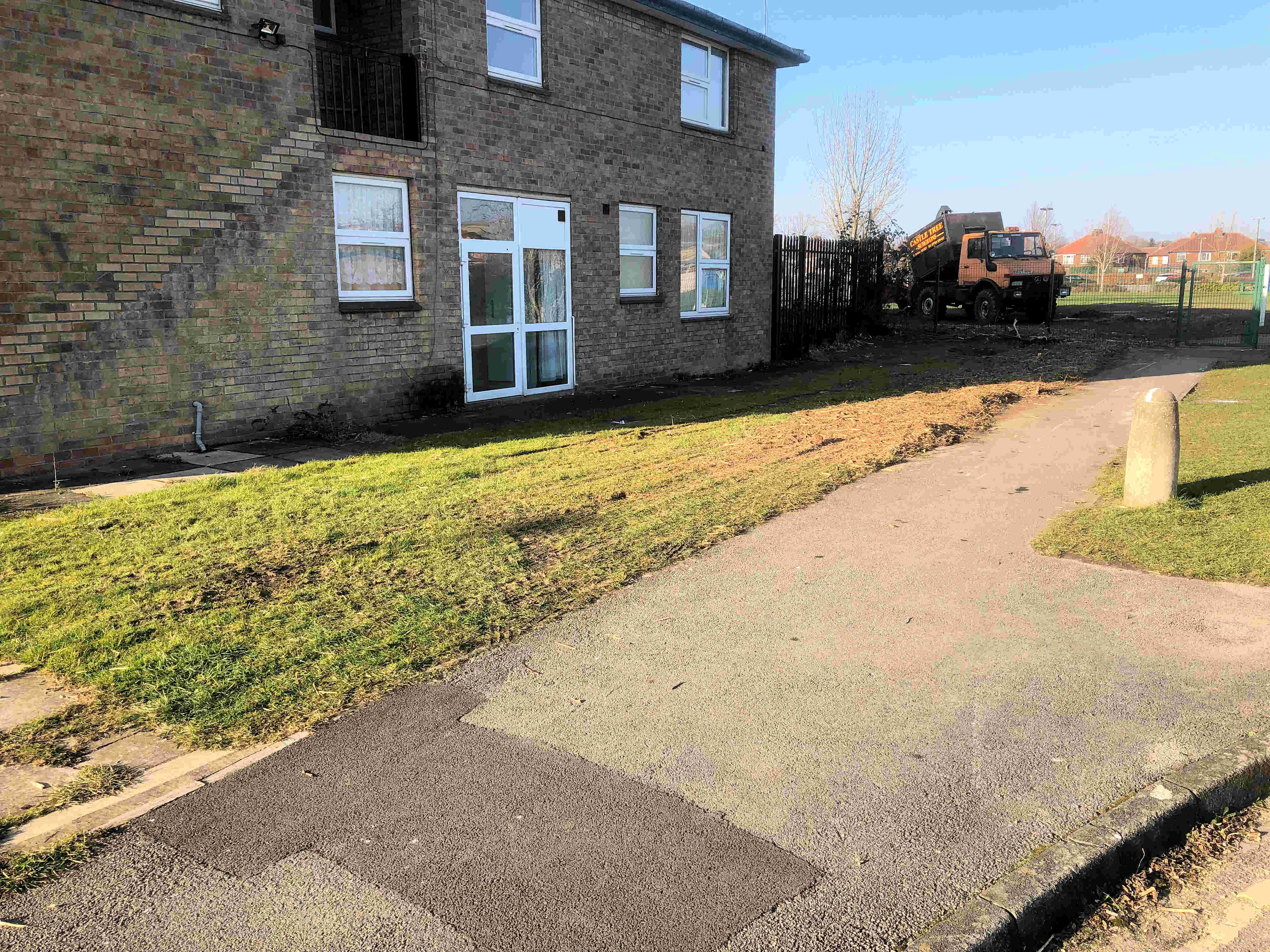 Hedge to side of Windsor House has already been removed 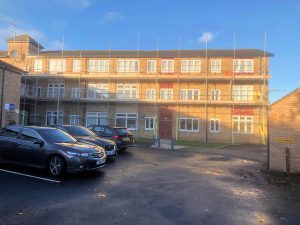 Notwithstanding the fact that the York Council still has an planning application outstanding for the redevelopment of Lincoln Court, it has gone ahead and awarded a construction contract covering the building, and a plan to establish a centre for disabled children on the Windsor House site.

The £4.7 million construction contract has been awarded to Sewell’s, the company who were involved in the PFI deal on the adjacent Hob Moor school development 15 years ago.

The number of tenders received for the work has not been revealed by the Council.

The completion date for the contract is 31st January 2021.

Generally, the improvements will be welcomed.

Unfortunately, the planning committee failed to recognise and act to deal with the cumulative effects that these developments – coupled with others previously agreed – will have on transport systems in the Kingsway estate.

Embarrassed Council officials, at yesterday’s planning committee meeting, were forced to admit that the 10 additional units planned at Lincoln Court were not “extra care” beds as claimed in the Council report.

Instead they will be similar in function to the sheltered flats which form the existing development. 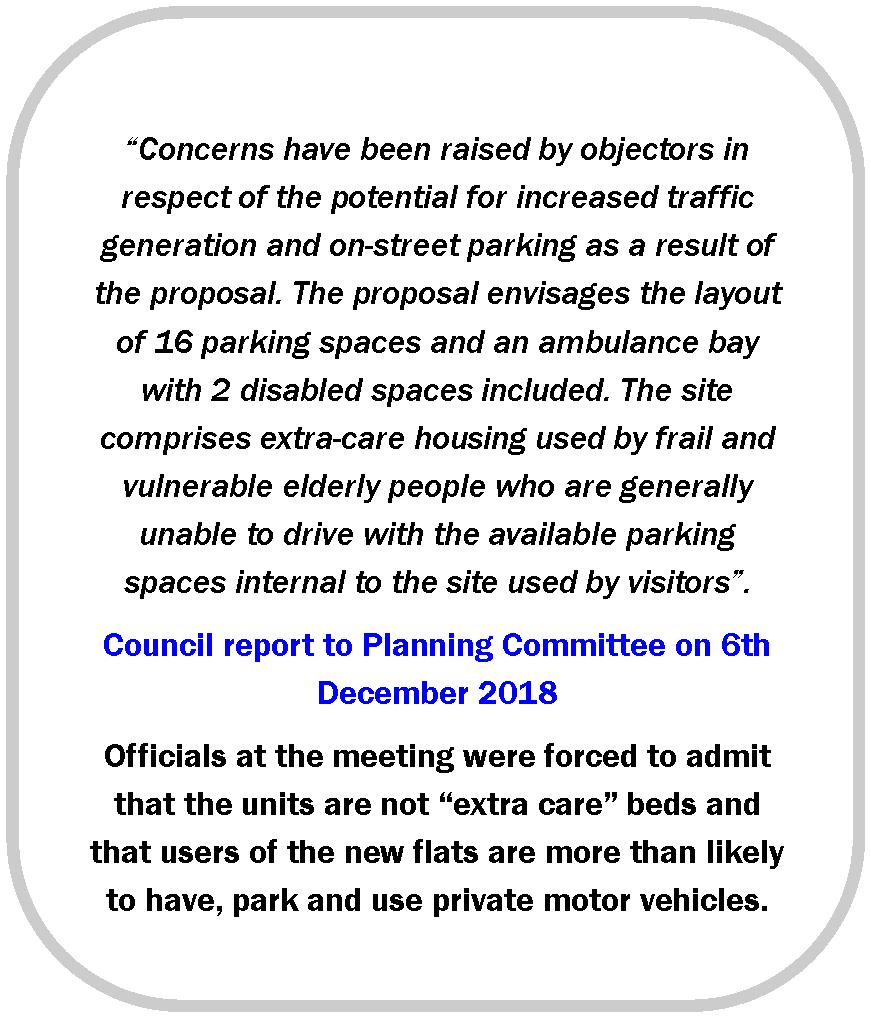 The distinction is a major one as extra care beds imply a much higher level of care need while the occupiers of conventional sheltered flats are more likely to own cars.

They will need somewhere to park them.

The committee declined to require that a rear entrance be provided to the new site. This would have permitted greater integration with the adjacent Hob Moor Oaks school which caters for children with disabilities and might have been used to address overflow car parking, delivery, emergency vehicles access and other transport concerns.

Nor was the committee prepared to even ask transport officials to review the cumulative impact that planning decisions are having on the Kingsway area.

It is difficult not to conclude that the Councils leadership is prepared to casually dismiss the wishes of a community which has lacked leadership since the local resident’s association folded 5 years ago.

The relatively beleaguered inhabitants of the area – amongst the poorest 10% of the population in the country according to some government statistics –  are viewed as less likely able to “raise a stink” than might their “middle England” counterparts in other parts of the City.

Consequently, the Council has felt able to ignore their legitimate requests for improvements that have been tabled in response to successive development consultations.