An archaeology report, produced as part of the investigations into the bowling club development project on Front Street, has provided a further insight into the history of the village.

The report says that, “in February 2005 On-Site Archaeology carried out an archaeological evaluation on the disused allotments located immediately to the west of the current site. Within one of the evaluation trenches two small pits containing late 1st to mid 3rd century Roman pottery were recorded, cutting into the natural sand. A residual sherd of late 1st to early 2nd century pottery was recovered from a subsoil deposit in one of the other trenches”

The allotments land has now been bulldozed to form a building compound. No mitigation measures have been taken to preserve or record any archaeological remains on that site (which is owned by the York Council).

The report goes on to say, “There is no evidence of occupation during the Anglo-Saxon period although the name ‘Acomb’ is Anglo-Saxon in origin meaning “at the oaks”.

“The mediaeval period is when the village of Acomb took on a known form with the focus of the village being the area between The Green and Front Street. Acomb is listed in the Domesday survey of 1086 as a manor with 14 rent-payers. The Church of St. Stephen is an 1830 construction replacing an earlier 12th century church with possible pre-Conquest origins. Archaeological work has taken place behind 12-26 The Green, which produced evidence for mediaeval domestic activity and possible ploughsoil relating to medieval crofts or garden plots An evaluation carried out by OSA in March 2007 to the rear of 95 Front Street revealed late medieval boundary ditches containing pottery dated to the 15th and 16th centuries”.

The findings of the investigation can be read by clicking here . 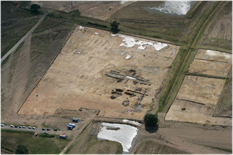 This year’s York Archaeology Conference has as its principal theme the study of what is now the City of York in the prehistoric period before it was transformed by the arrival of the Roman army in about AD 71.
END_OF_DOCUMENT_TOKEN_TO_BE_REPLACED

Prehistoric York will be the focus of this year’s York Archaeology Conference, which takes place on Saturday 17 October. 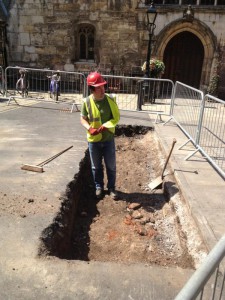 Tickets are still available for the event, hosted by City of York Council and the York Archaeological Forum at West Offices between 10am and 4pm, which will assess prehistoric York before it was transformed by the Romans in AD 71.

Speakers at the conference will also discuss recent finds from excavations in the city including work on the site of the new university campus in Heslington which has revealed interesting aspects from York’s history.

Lectures and speakers on the day include:

Cllr Nigel Ayre, Executive Member for Leisure, Culture and Tourism said: “The Archaeology in York conference promises to be a great event looking at prehistoric York. The conference offers the opportunity to find out about York’s unique heritage and all the fascinating work that is being carried out across the city to uncover more of its history.”

John Oxley, City of York Council Archaeologist said: “York is one of the leading archaeological cities in Europe and this conference looks to bring together experts who will cast new light on how people lived and died in the York area before it was transformed into a new city by the Romans and how this information is being shared.”

Tickets for the event cost just £15, including coffee and biscuits and can be booked at https://www.yortime.org.uk/Events.York/StandardBookingProcess/ViewEventDetails?id=23271248.

Up to 30 free tickets are available for students thanks to the York Archaeological Forum. For more information on this offer students can visit https://www.yortime.org.uk/Events.York/StandardBookingProcess/ViewEventDetails?id=23271249.

Those who wish to pay by cheque are asked to send details including name, address, contact email and phone number together with a cheque for £15.00 made payable to City of York Council to:

For more information on this event please contact archaeology@york.gov.uk.

Archaeologists have found remains of significance during the York Theatre Royal refurbishment. It means that  the reopening of the Theatre will be delayed.

The annual pantomime (DickWhittington and his Meerkat!) is being moved to the Railway Museum (click)

Another major dig is taking place at the site of the planned new Community Stadium. 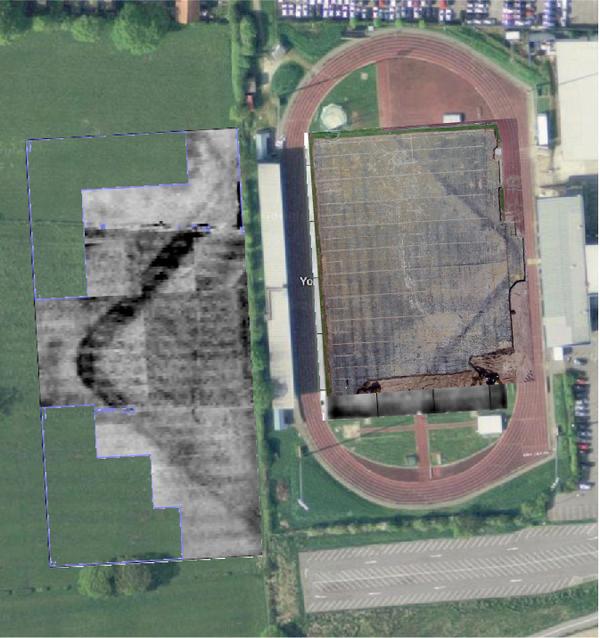 There is likely to be some concern about what impact this work will have on the practical start date for the construction of the stadium.

The project is already 2 years behind schedule.

At Huntington, archaeologists know broadly what they are likely to find. A roman “training” camp was revealed a few years ago – by chance – during a routine aerial survey of the area. Its existence had been unknown when the original stadium was built. While some artifacts may be unearthed it seems unlikely that the dig will overrun its 4 week timetable.

Updates on the work can be found by clicking here

The decision notice on the planning application is not due to issued until July and confirmation of contractors will not be possible until then in any event.

The open day for potential sub contractors will take place on 1st June (see below). 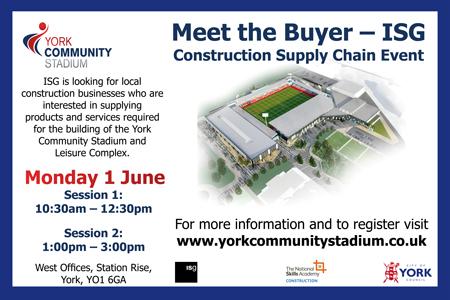 We expect an early statement from the new York Council about the Knights Rugby Team and their re-engagement with the project.

How quickly it becomes clear, whether the promised July 2016 stadium completion date will be met, remains to be seen.

Projects of this scale would normally take at least 18 months to construct, fit out and pass through various accreditation processes.

AOC Archaeology Group are about to begin the ‘Hidden Guildhall’ archaeology project, an exciting summer of community archaeological investigations adjacent to the Guildhall on behalf of the council

AOC Archaeology Group are about to begin the ‘Hidden Guildhall’ archaeology project, an exciting summer of community archaeological investigations adjacent to the Guildhall in York on behalf of City of York Council.
END_OF_DOCUMENT_TOKEN_TO_BE_REPLACED

AOC Archaeology Group, which has been appointed to undertake an archaeological dig close to the medieval Guildhall site, are encouraging residents and visitors to help unearth the Guildhall’s past.

Credit:York past and present photographic group

In partnership with City of York Council, the unique dig is set to begin later this year to give a better understanding of the site’s history and significance, which will help to move forwards with the development of emerging plans for the new-look Guildhall complex.

However, before the digging begins, AOC Archaeology would like to uncover more of the history of the site and the old timber buildings itself (aka the hutments).
END_OF_DOCUMENT_TOKEN_TO_BE_REPLACED