It seems that, despite all the delays, the position for those wanting to park at the new Community Stadium car park remains confused

Although “Better Leisure” tell drivers on their web site to buy a match day ticket in advance from either the Knights or (later in the summer) York City FC, there appears to be no on-line purchase option currently available. This could lead to unnecessary parking in nearby residential areas although many will no doubt restrict their stay to the 2 hour maximum currently enforced across the site.

Any issues need to be sorted out quickly now. Not everyone is yet comfortable with using public transport while car parking income from the 400 allocated match day spaces, is needed to help balance the books on the hugely expensive project.

TWO additional deaths announced by York Hospital Trust today. One occurred on 30th November and one on 3rd December.

Rate /100k population is now 64.1. The infection rate is still reducing but not as quickly as was seen during the previous 7 days.

The infection rate continues to decline at City, county, regional and national levels.

There has been an increase in the number of cases in Huntington.

The numbers in Westfield have fallen

Only six of York’s local neighbourhoods are now above the 100 case threshold.

Five neighbourhoods have fewer that 3 cases each. They are

At their last published update (Wednesday) St Johns University said that they had 2 students self isolating following positive tests.

The equivalent figure (Friday) at York University was 28 individuals

Help with food and bills this winter?

The Winter Support Grant is here to provide financial support to people who are struggling as a result of the Coronavirus pandemic.

The grants are here to support eligible residents – with or without children – with food and utility bills this winter.

York residents who have savings of less than £2,000 can apply for a grant to help feed themselves and their families, and to keep warm over this difficult period.

From Monday 7 December, apply for it at www.york.gov.uk/wintersupportgrant

For help with applying or for other sources of support in the city, please visit www.york.gov.uk/benefitsadvice, or www.livewellyork.org.uk or call the council’s Covid Helpline on 01904 551550.

The York Councils Executive is being told that the new Community Stadium will be handed over later this month. There has so far not been any confirmation by the Council, their contractors GLL or the two prospective occupiers of the stadium (York City FC and York Knights RLFC).

York City are playing at home today and, in theory, they could have welcomed up to 2000 fans to the match (which will be held at Bootham Crescent). As the statement below, taken from the City web site makes clear, fans will not be admitted as it has not been possible to take Bootham Crescent out of mothballs yet.

“When the Prime Minister announced, on the 23rd November, that fans could attend football matches we knew it was going to be a race against time to get the necessary certificates and approvals for Bootham Crescent.

Despite a huge amount of effort from staff and our loyal volunteers, we are unable to welcome fans back on Saturday 5th December as we are still waiting for external providers to certify parts of the stadium, work which will surpass the deadline given by regulatory bodies.

We know fans will be disappointed, we understand and share that feeling but safety must be our priority and we cannot welcome fans to a stadium which is not properly certified.

We’ll continue to work hard to get Bootham Crescent ready for fans to come back as soon as possible and share updates when we can.

We will be live streaming the game via our streaming platform for £7.99. “

The situation is slightly ironic as the Council last week issued a statement backing the York Knights bid to gain super league status. A key part of the bid was the quality of their proposed home at the Community Stadium; a facility with no opening date!

According to GLL the stadium will be handed over before Christmas

The York Knights and York City activity days for young people in west York have been cancelled. Organisers hope to reschedule them when the current health crisis is over.

Liberal Democrat Councillors have launched a petition calling on the Council to reverse the proposed increase to parking charges at the York Community Stadium.

The new £10 charge was agreed by Tory Executive member Peter Dew at a meeting which took place 3 weeks ago.

Under current proposals, fans travelling to park at the Park & Ride facilities to reach the Stadium may be charged £10 to park, increasing from the current £5 price.

This will be in addition to some spaces reserved for the sports clubs, continuing Park & Ride services and free parking at the Vangarde Shopping Centre, which will be limited to two hours on all match days.

If approved, local councillors are concerned that fans travelling to the Community Stadium will seek alternative or cheaper parking in nearby Huntington, increasing local traffic in the community and on-street parking on matchdays.

Local Liberal Democrat Councillors for Huntington and New Earswick have voiced their concerns at the proposals and have now launched a petition calling for a reduction to the proposed fare increase.
END_OF_DOCUMENT_TOKEN_TO_BE_REPLACED 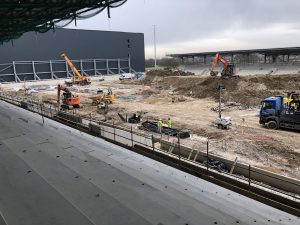 It will come as no surprise to many that the scheduled opening date for the York Community stadium has been put back.

We warned that the July opening date was highly optimistic.

The Council are staying tight lipped about when they hope that the stadium and associated leisure facilities will eventually open.

The Knights Rugby team are already rescheduling the venues for their fixtures against the Bradford Bulls (20th July) and Featherstone Rovers (18th August).

Given that Spurs are now looking at a full 9 month delay on their new home no doubt the building contractors will be ultra cautious in saying when work will be completed.

At least poor weather can’t be blamed for any delays.

There was another good turnout of children at the York Knights summer “Mega Fun” event held on Acomb Green yesterday. The event was sponsored by York Playspace. 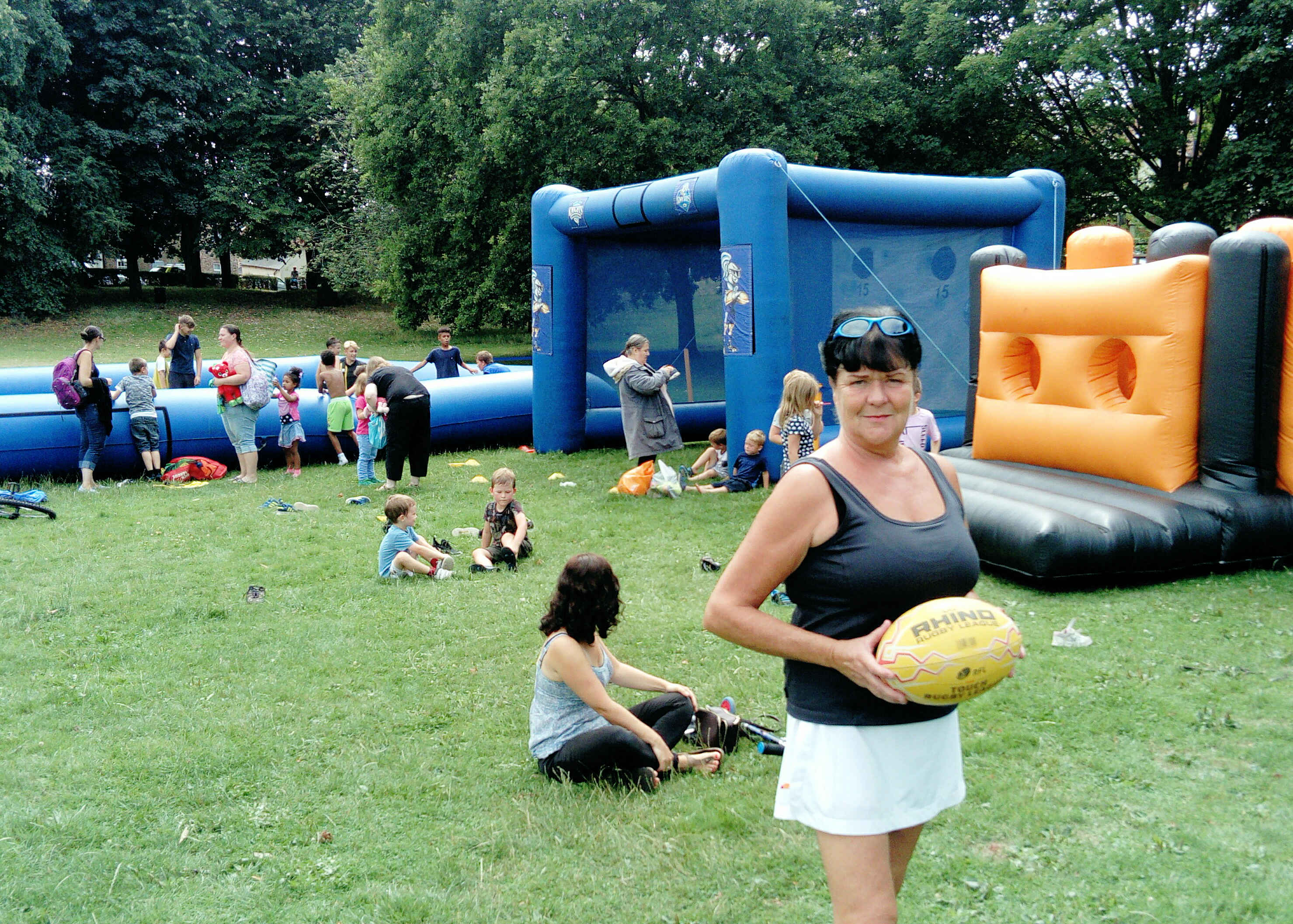 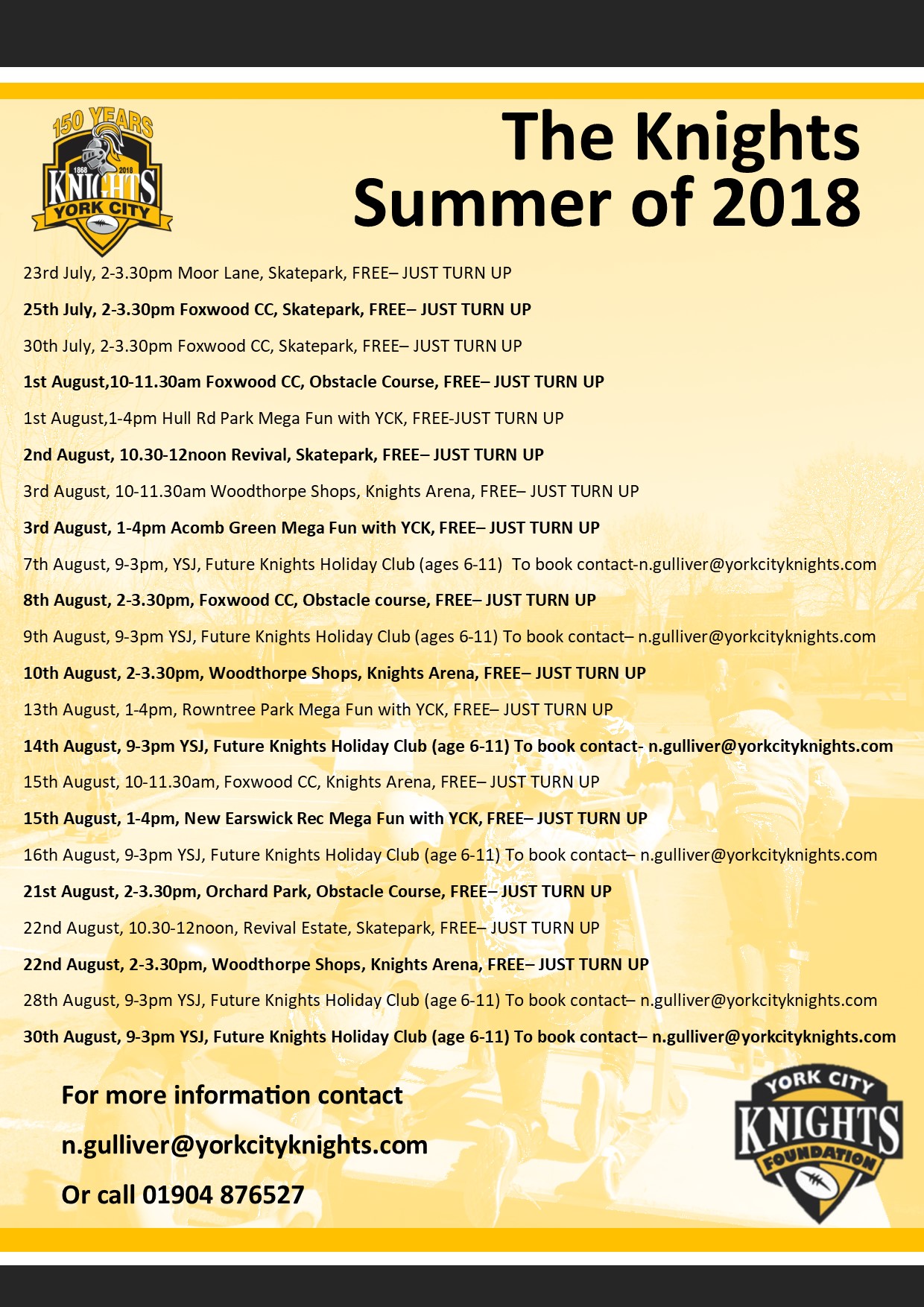