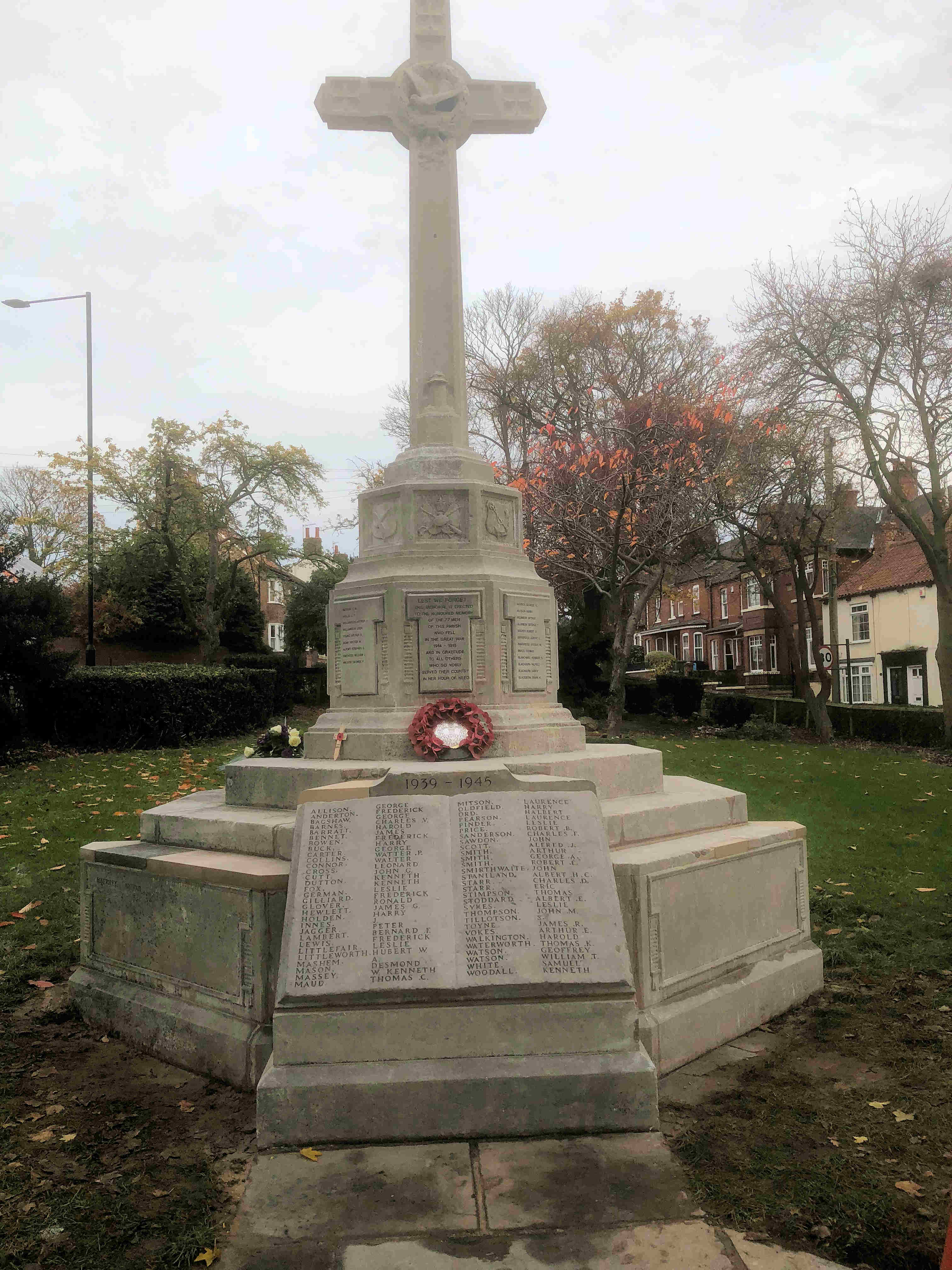 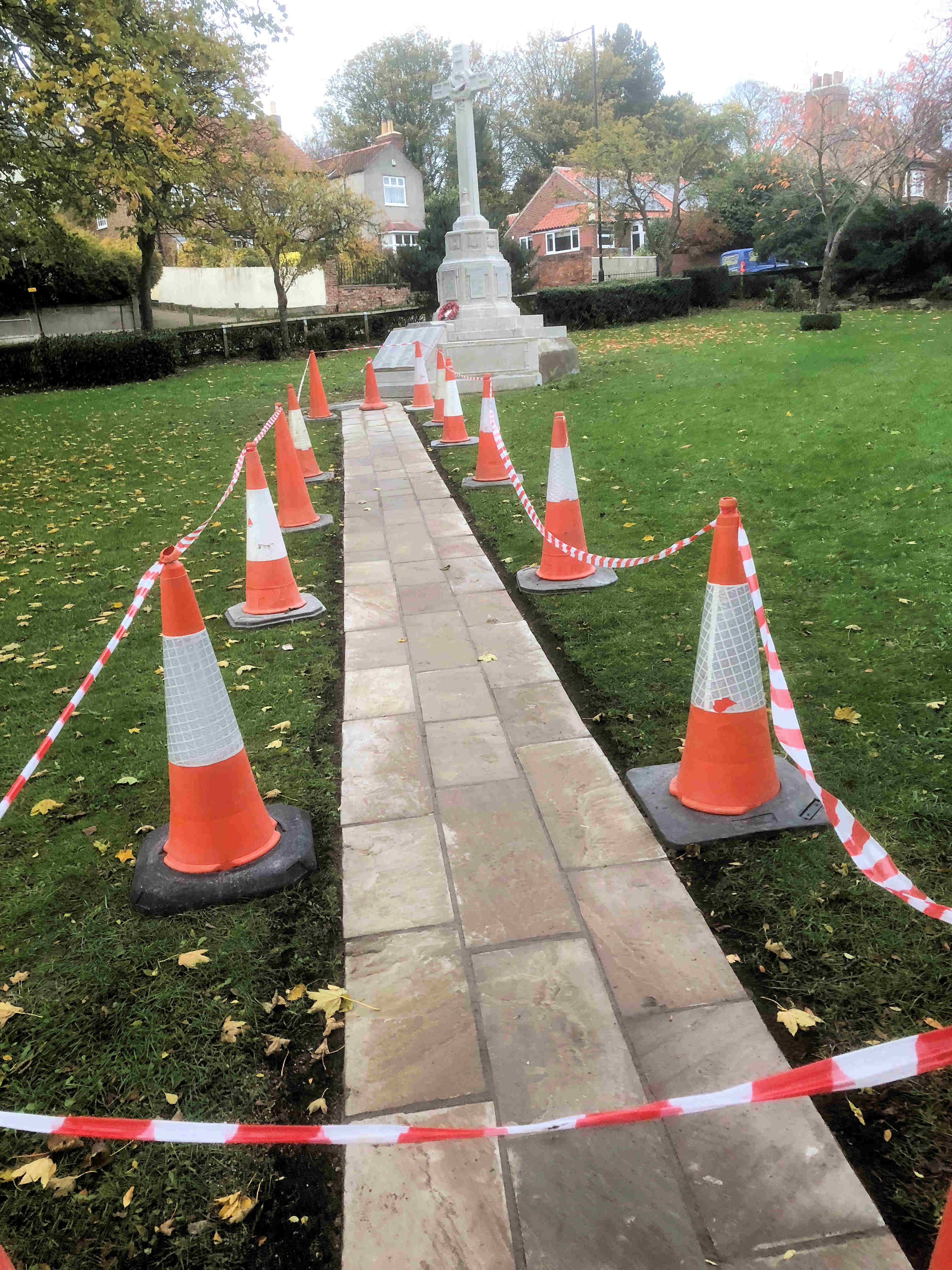 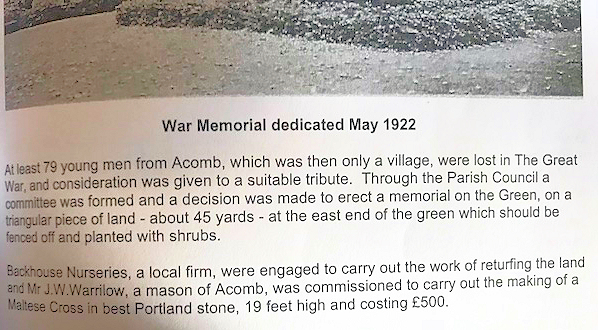 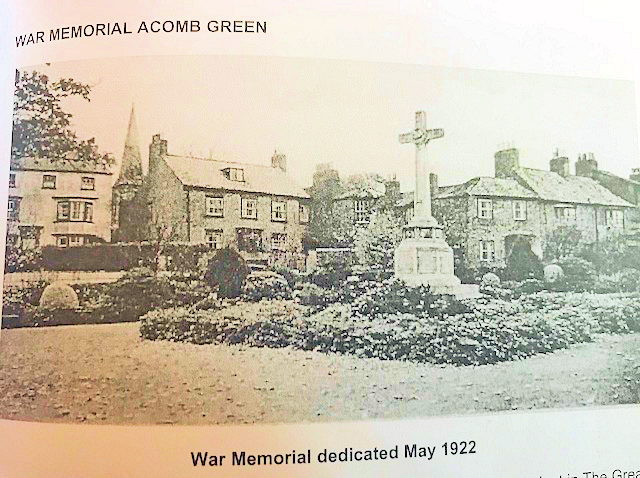 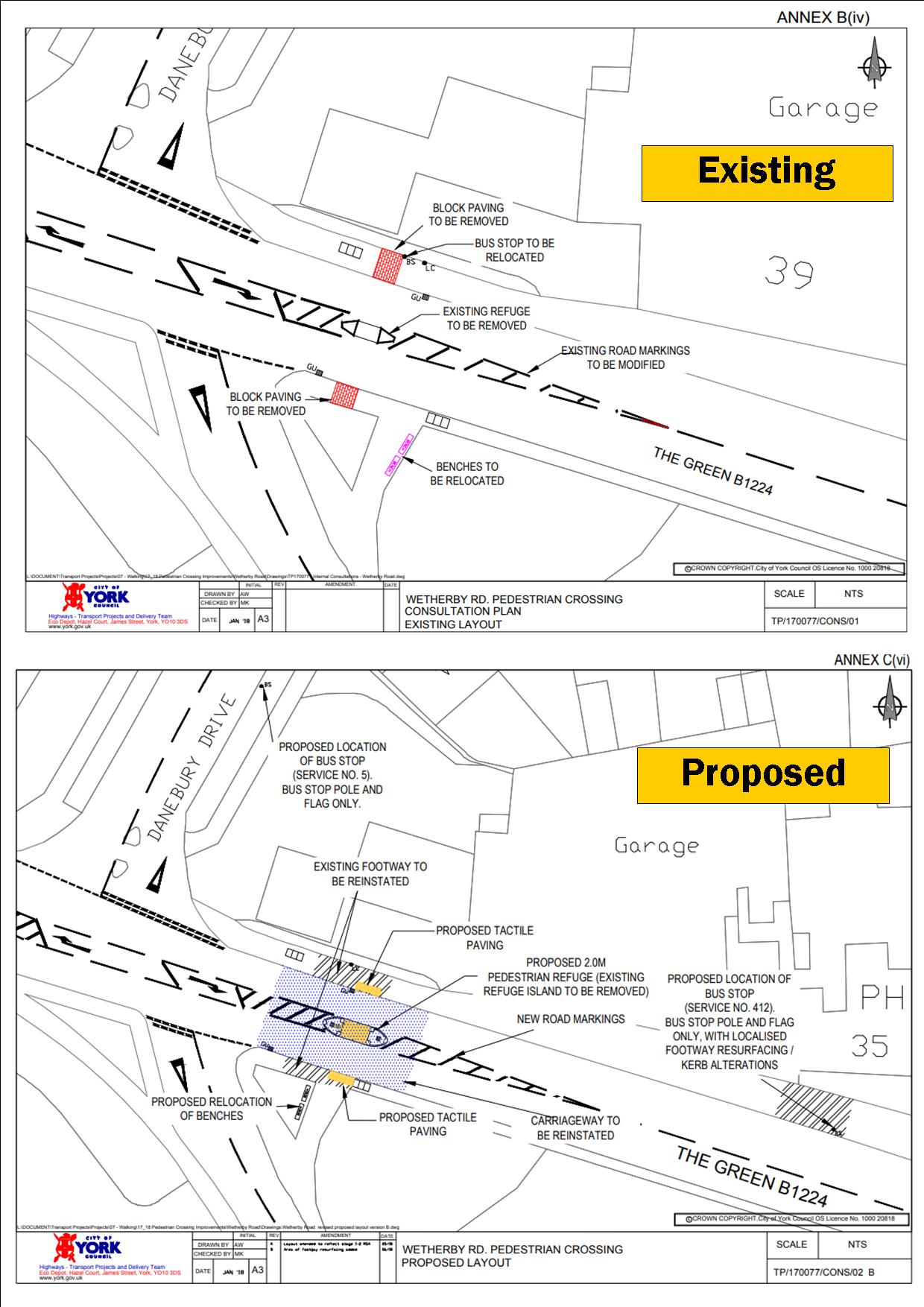 City of York council is set to invest £50k to improve or install new pedestrian crossings on several streets in York. These include

Several other sites will be improved using the city’s dropped kerb programme.

Officials have ranked the schemes in priority order according to the benefit achieved with Huntington Road at the top, followed by Wetherby Road, University Road, Heworth Green, New Lane and Main Street, Copmanthorpe. If approved, it’s recommended that the schemes are implemented in this sequence.

The Decision Session takes place on 12 July at West Offices from 2pm and is open to members of the public or is available to watch later online from: www.york.gov.uk/webcasts 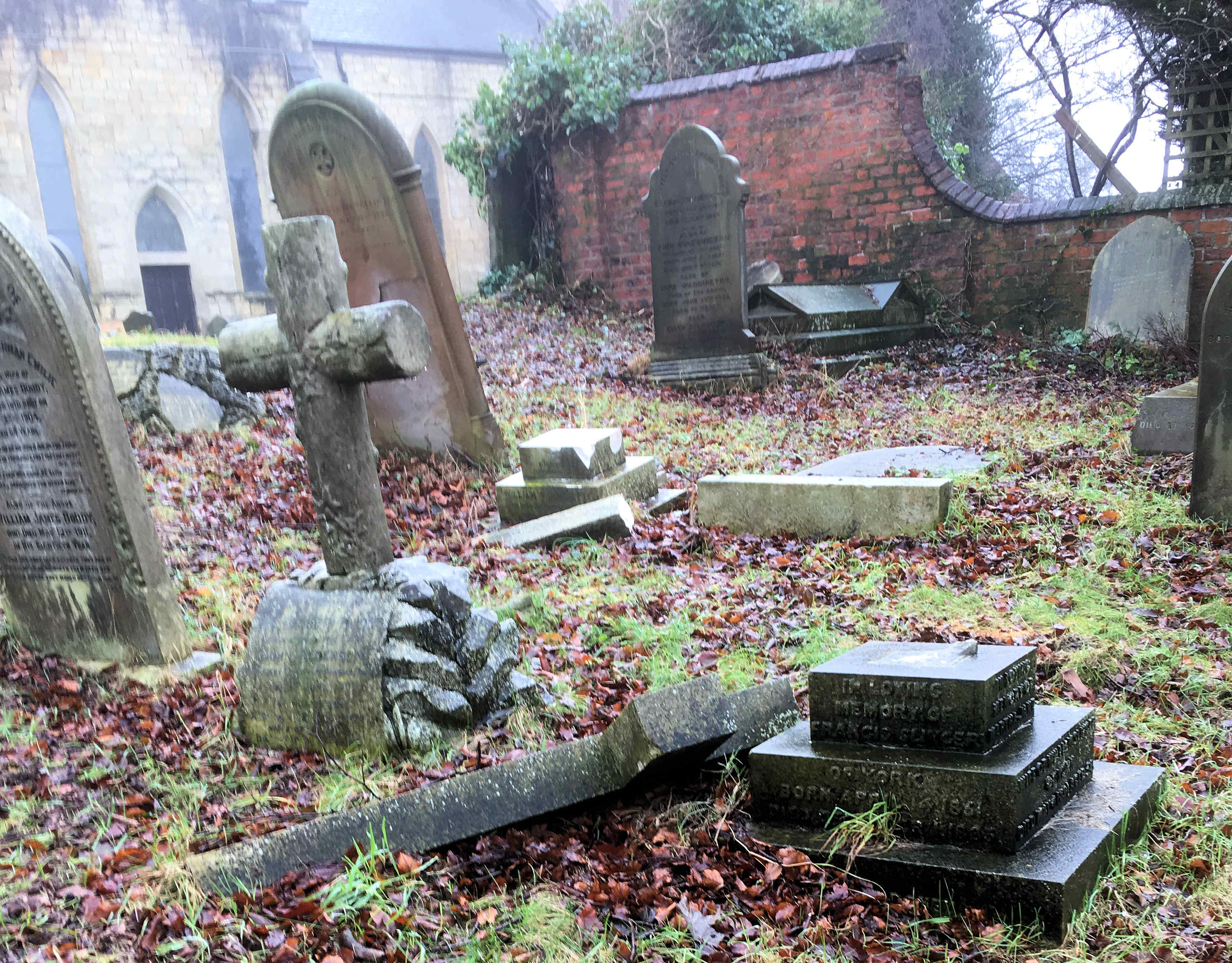 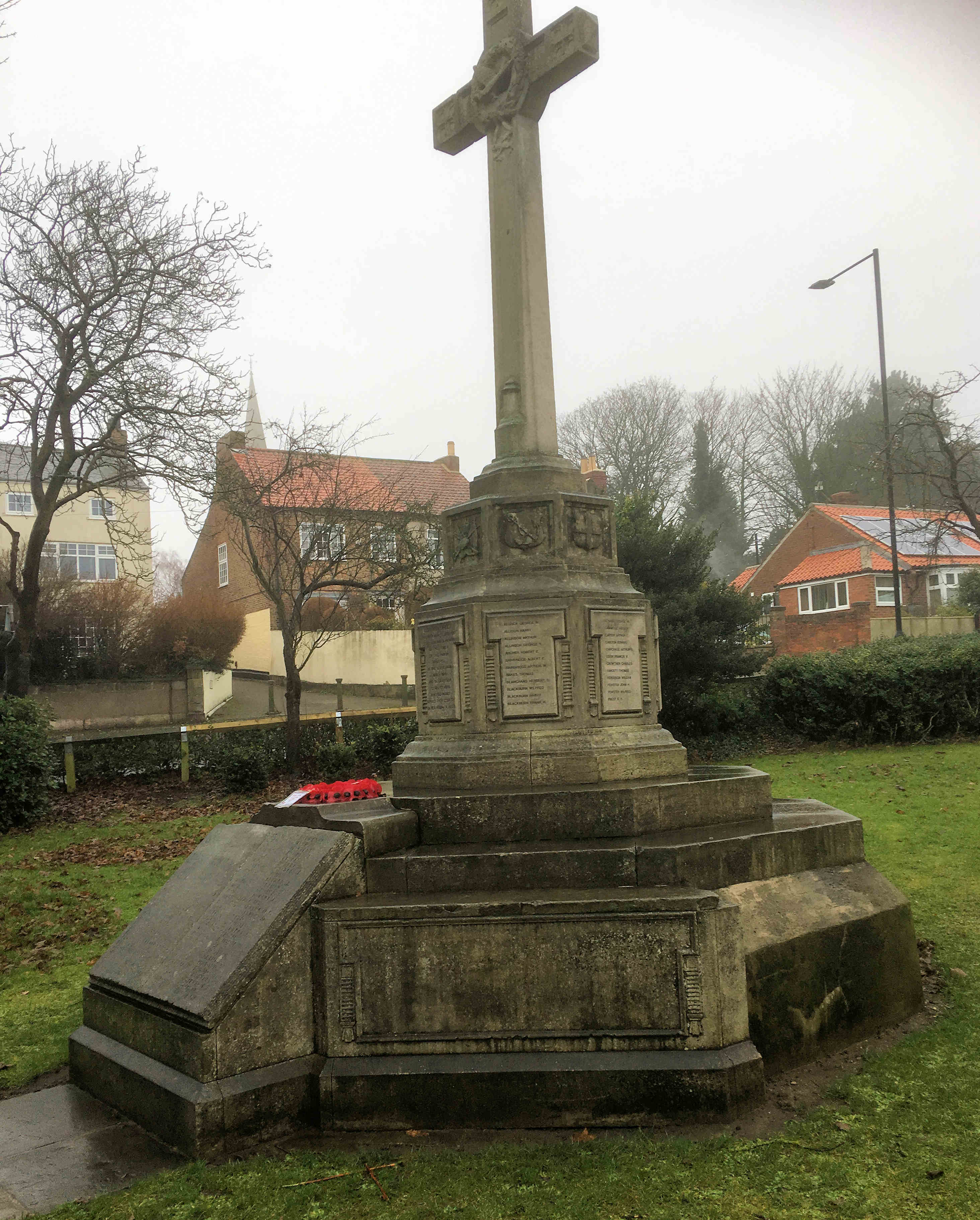 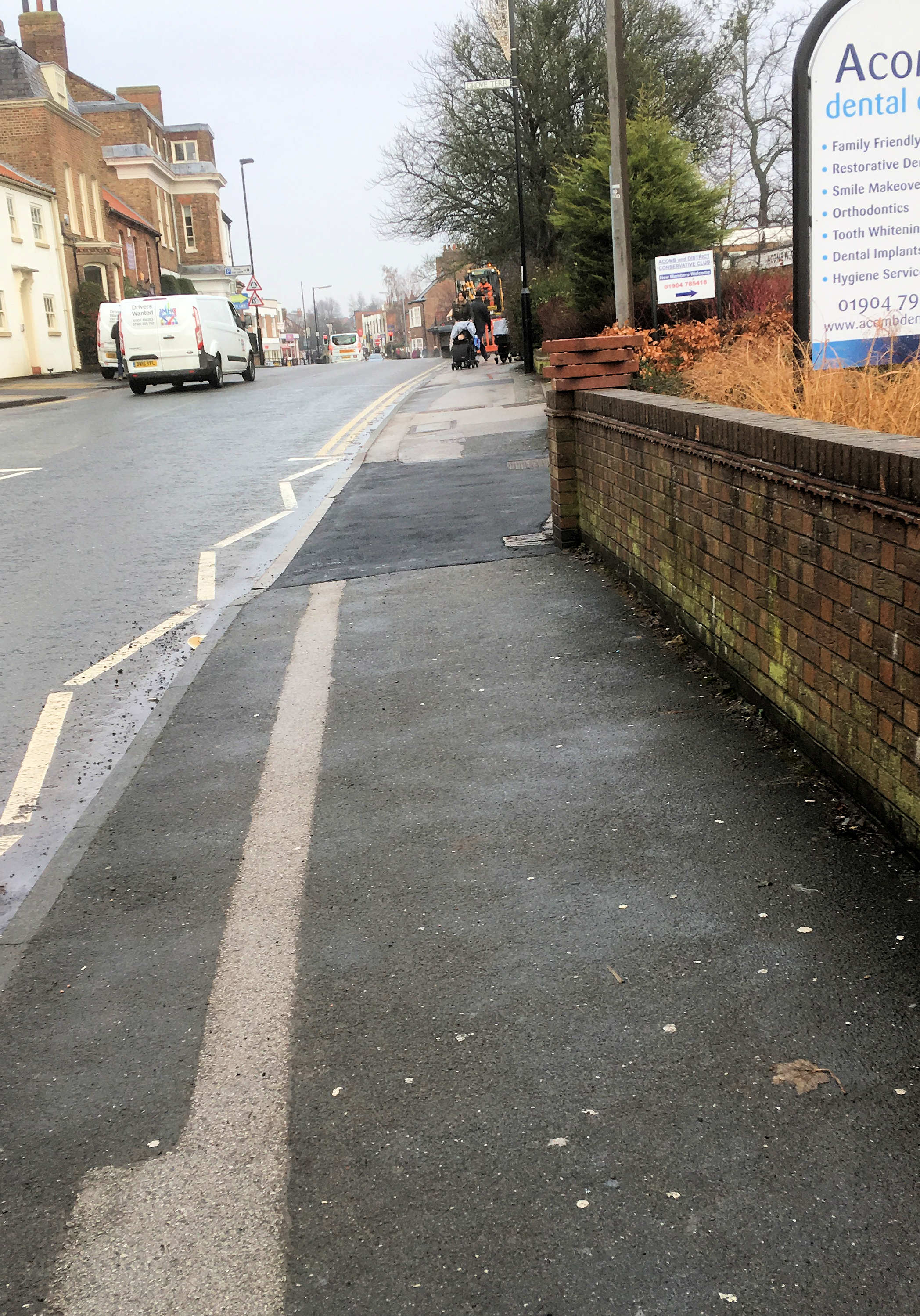 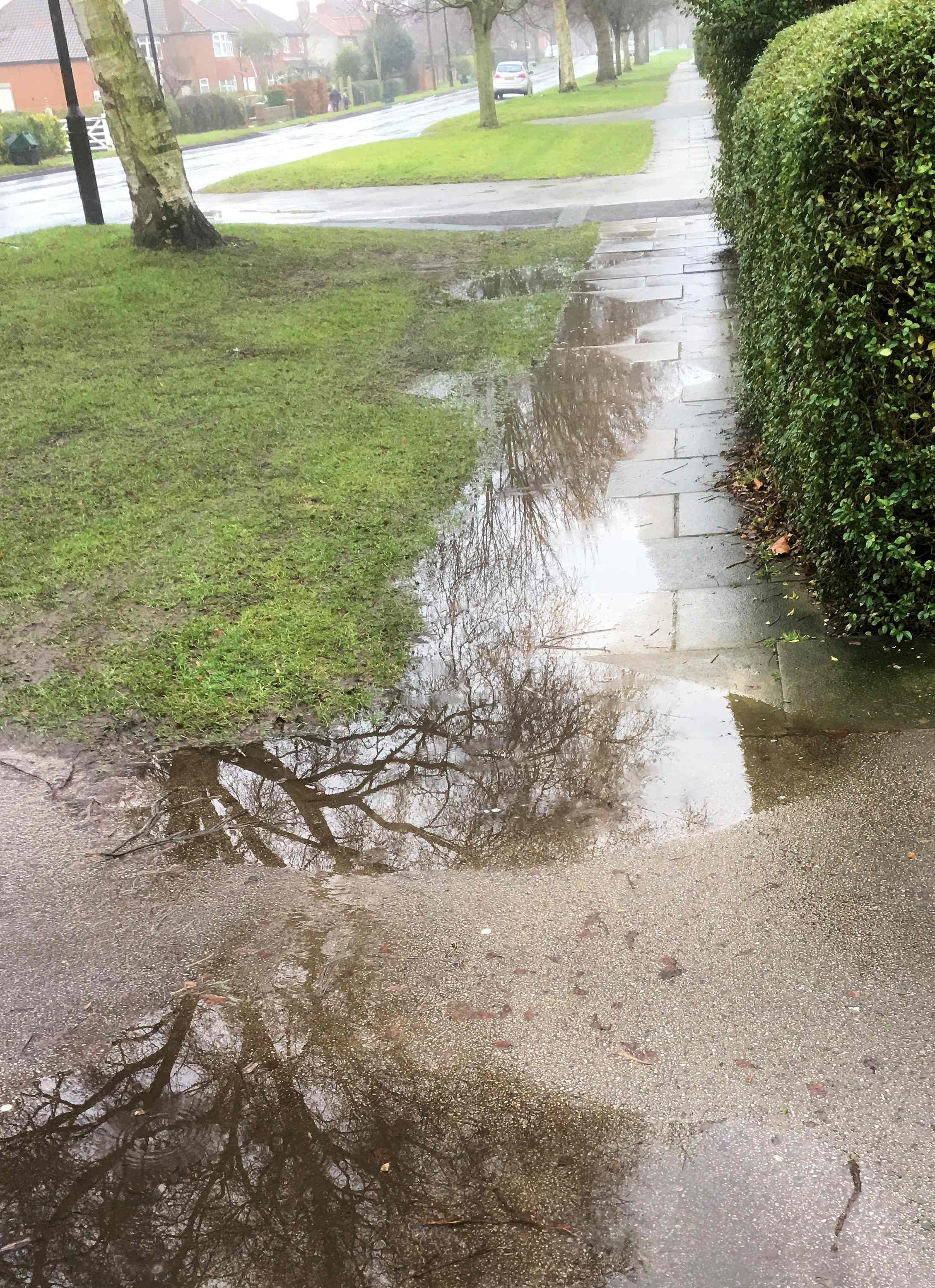 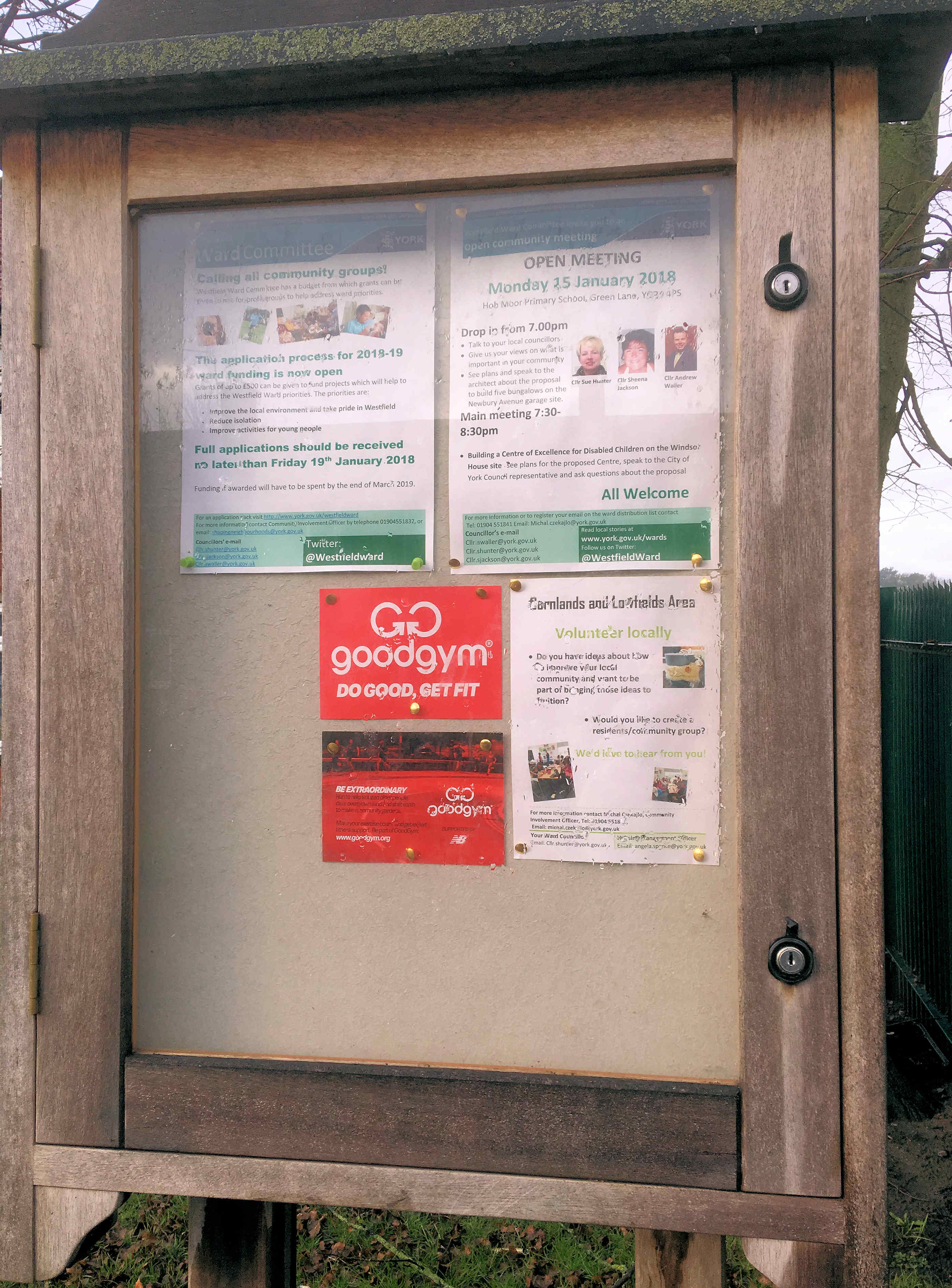 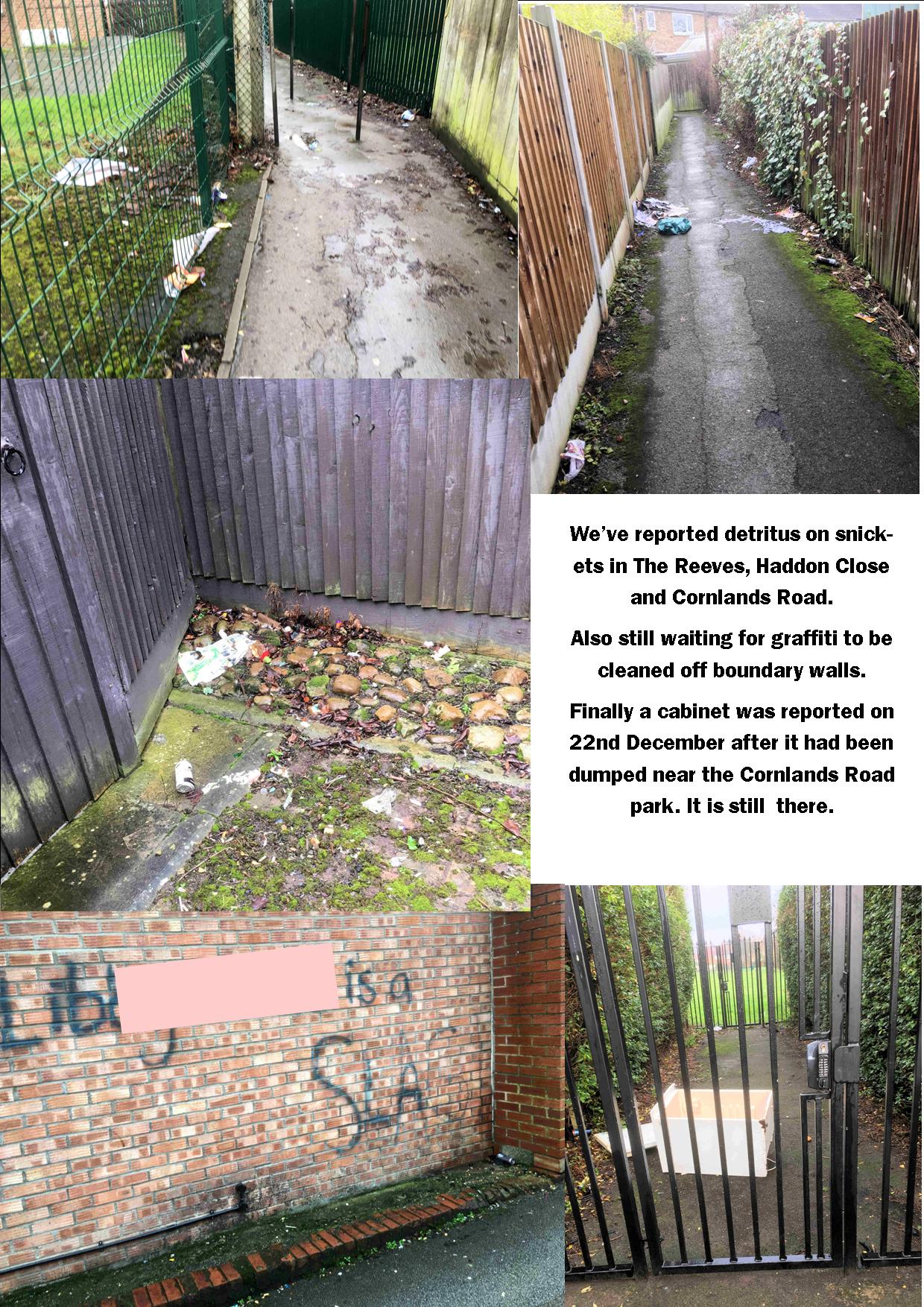 The Council has finished resurfacing the carriageway linking Askham Lane and The Green. The road had become badly potholed with the road humps posing a particular threat for cyclists. The Council completed the resurfacing work this week

In the same area, residents continue to complain about vehicles parked on the bend. They obstruct traffic and cause sight line problems. The Council will be asked to consider introducing restrictions on this section of road. 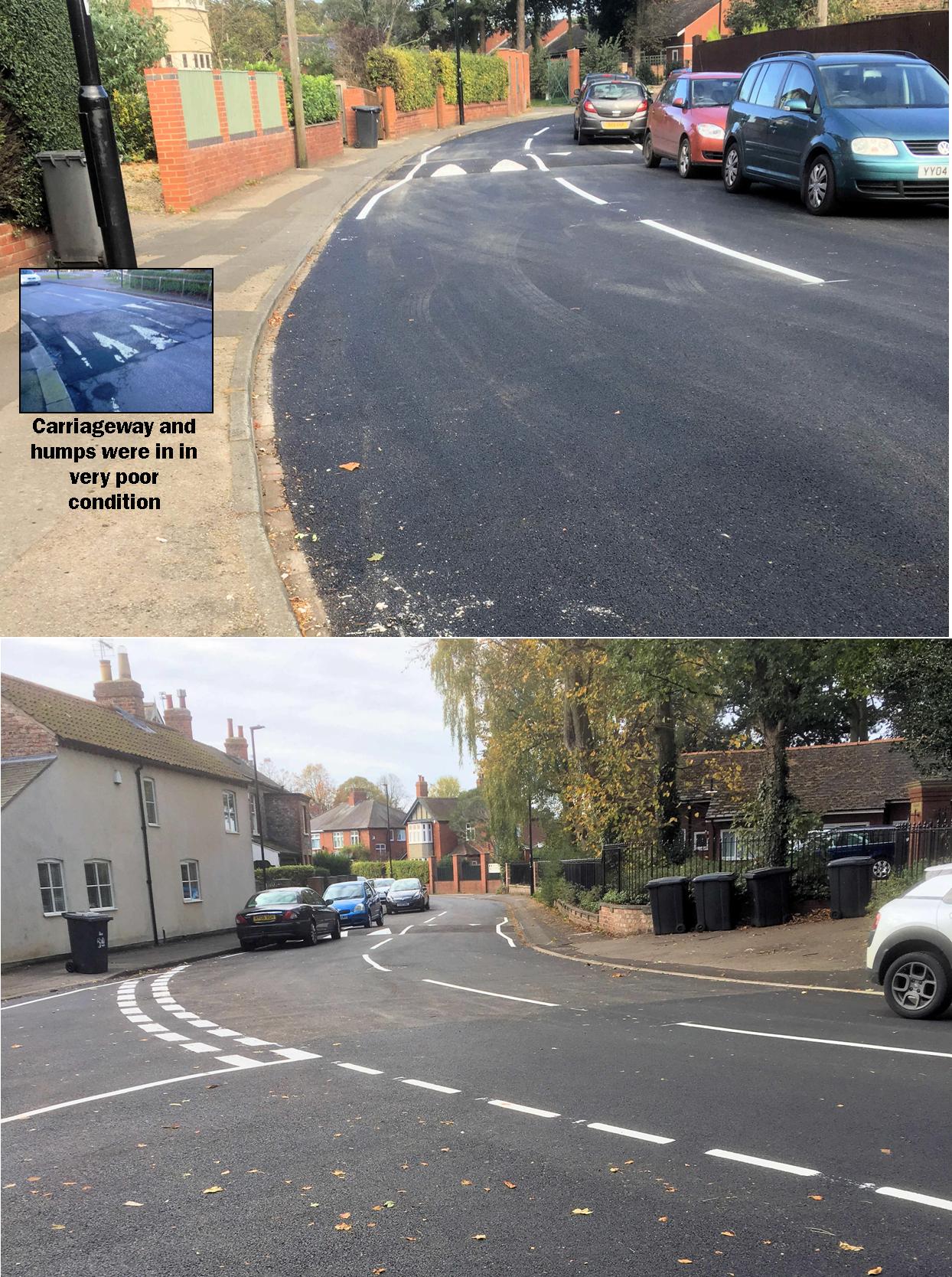 Recent winds have brought down several branches from trees in the Wetherby Road and Askham Lane areas. The problems has been exacerbated by lack of routine maintenance to highways trees in recent years. In some cases branches are fouling over head communications cables while in others public footpaths have been obstructed. It is hoped that some maintenance work will take place this winter. 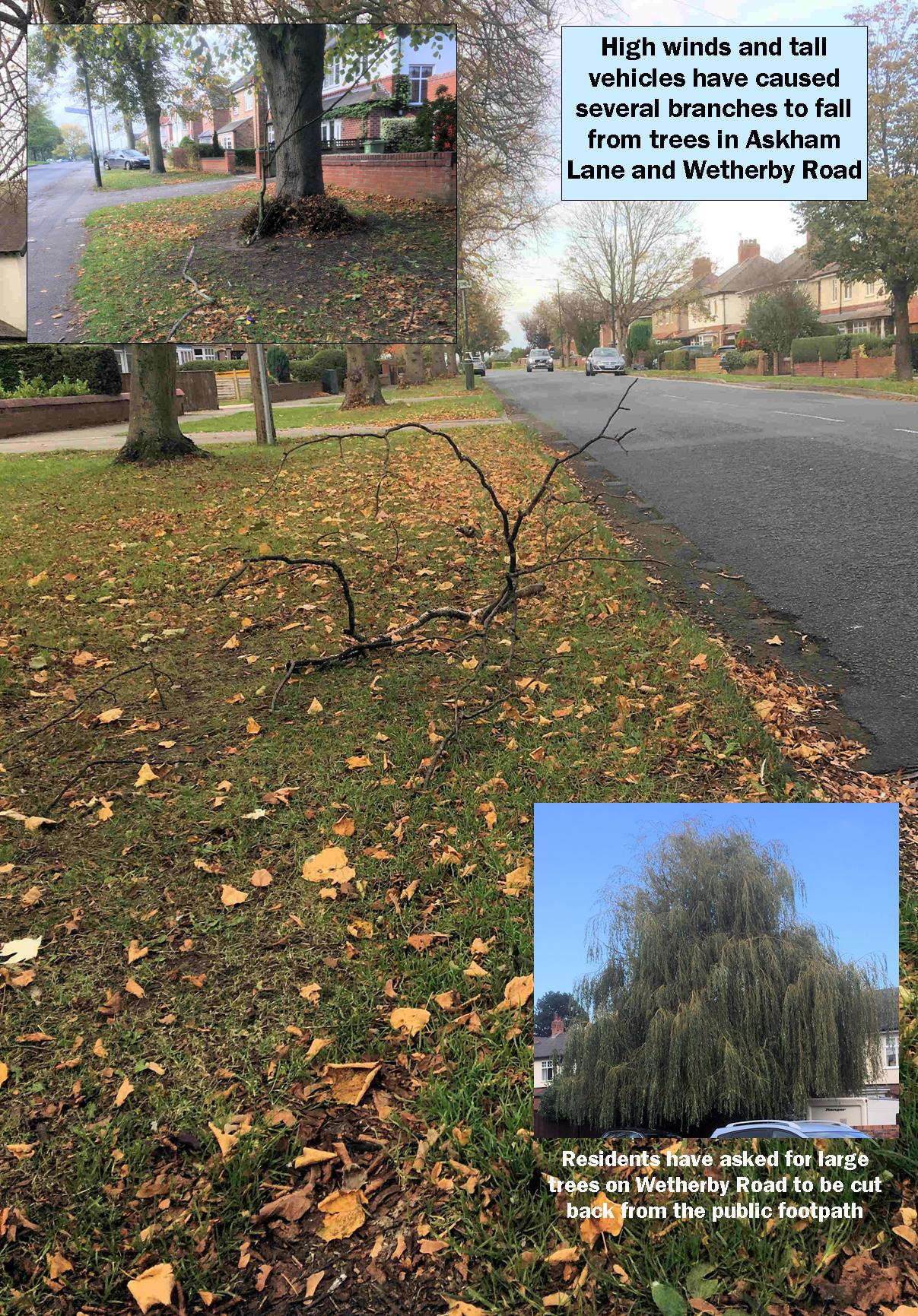 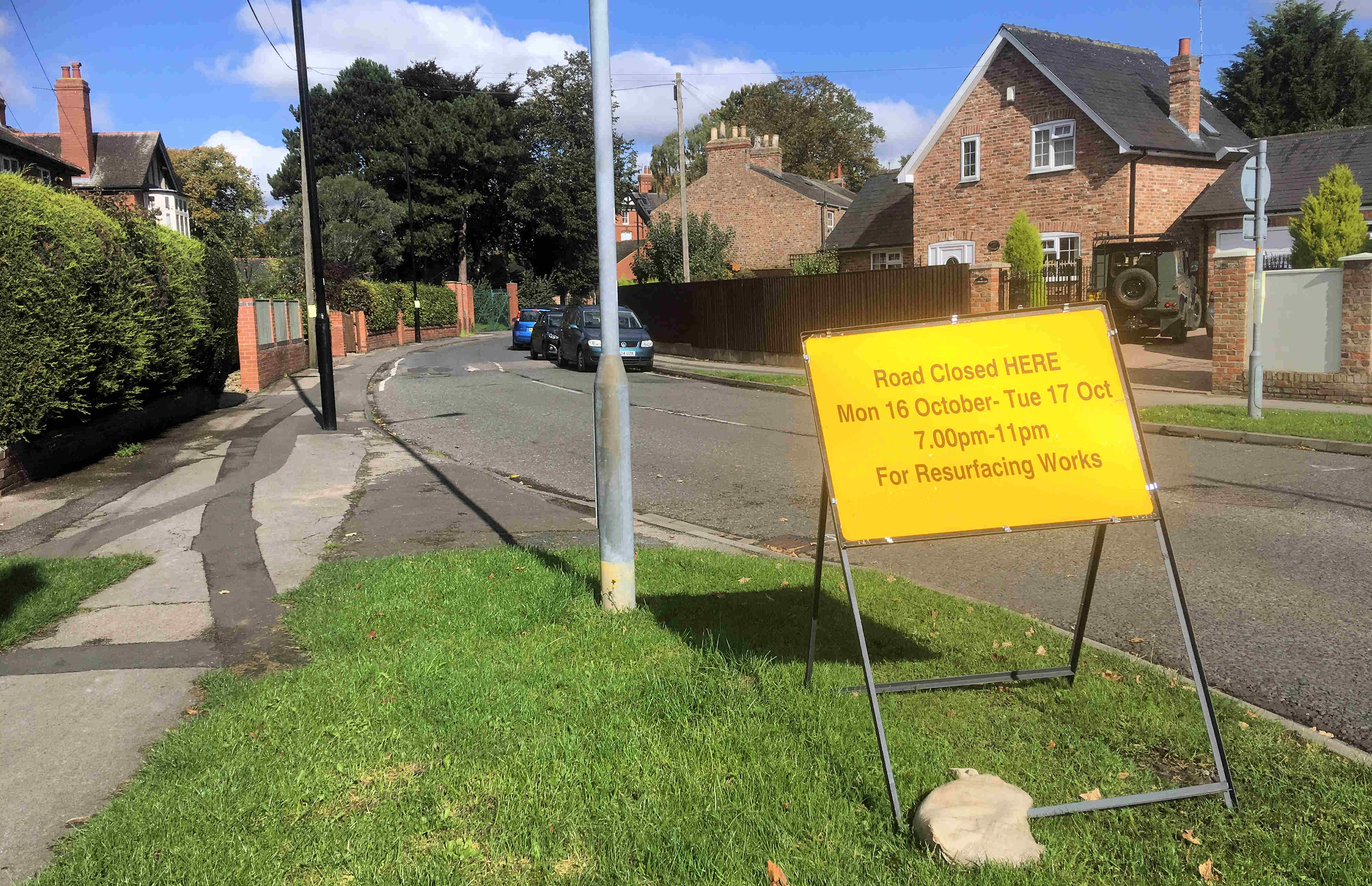 Meanwhile, not for the first time, we have reported excessive litter near the Foxwood shops bus shelter (below). 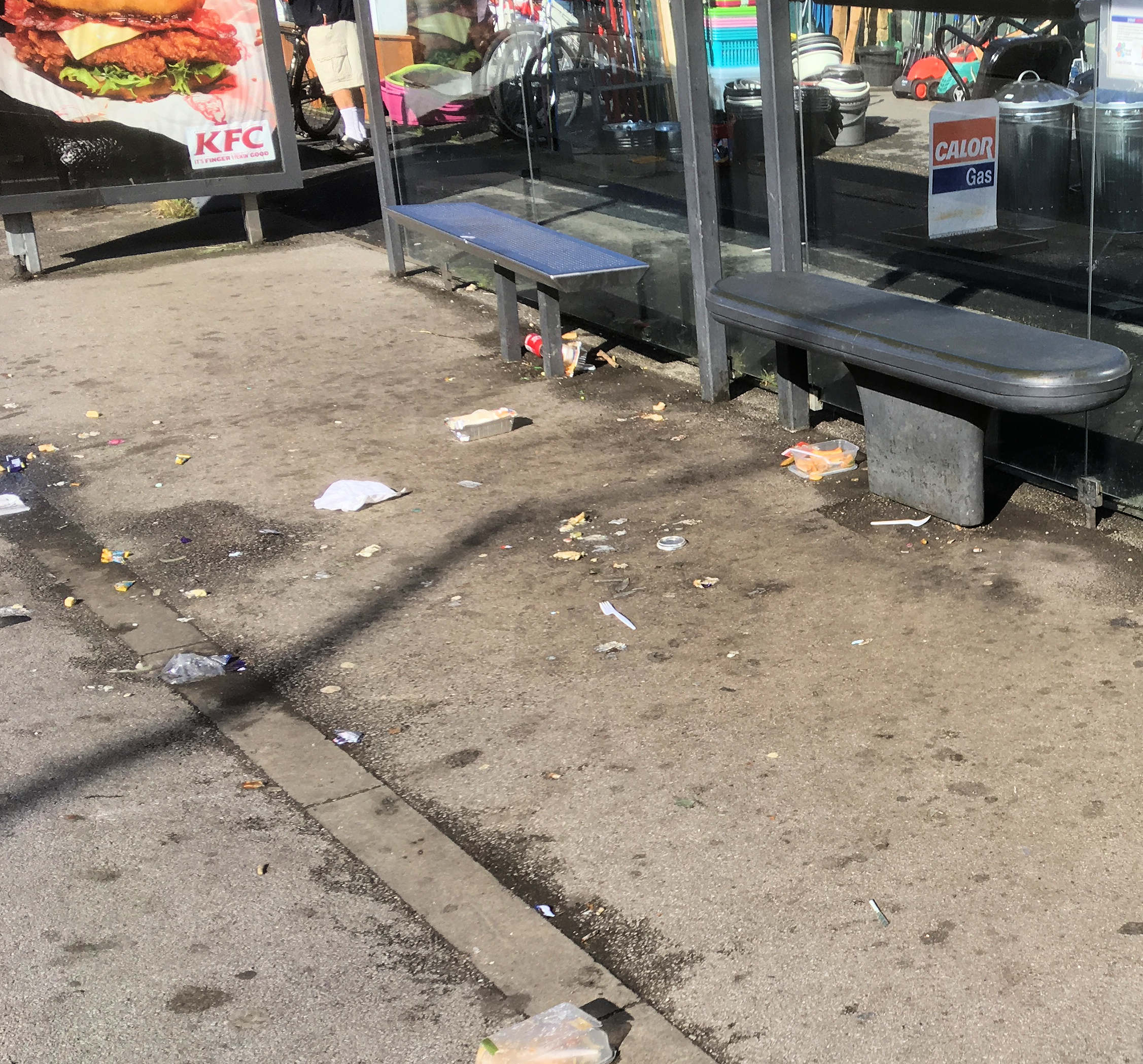 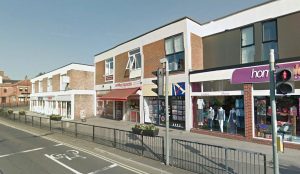 Proposal Change of use of first floor to 1no. residential unit 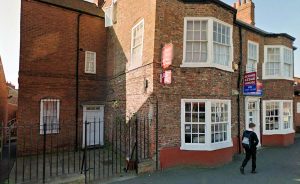 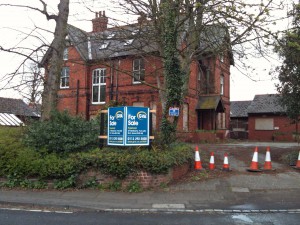 The long awaited proposals for the former Knavesmire Nursing home site on The Green have been submitted to the Council. They show the main building being retained and converted into 4 flats.

Elsewhere on the site the extension will be demolished and 4 bungalows will be built. Some significant works to the trees on the site are also proposed.

The application will be welcomed by many as the building has been empty for around 4 years while the overgrown trees have blocked out much of the light in the area. 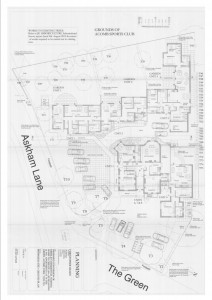 Proposal Conversion and partial demolition of nursing home to create 4no. apartments and 4no. bungalows with associated parking

Proposal Erection of single storey extension extending 4 metres beyond the rear wall of the original house, with a height to the eaves of 2.5 metres and a total height of 3 metres