Some potholes in York, reported weeks ago, have still not been filled. This is the time of year when the Council normally catches up on the pothole backlog which can develop during periods of icy weather.

The York Council doesn’t provide “real time” updates on the number of highway defect reports it receives and the progress made in addressing them, but there is a suspicion that some are written off without any action being taken.

Fortunately the LibDems, who lead the new administration at West Offices, promised in their election manifesto “to reconstruct all roads in York”.

Even allowing for hyperbole, that is a very expensive looking promise. Perhaps Council officials had better get on with drawing up a work programme?

Draft accounts published by the City of York Council for 2016/17 reveal that the Authority made a substantial surplus on its car parking activities.

Out of a total income of £7.3 million, nearly £5.5 million came from charges levied at off street car parks.

The Council spent over £1.3 million on its off street car parks with £1.2 million apportioned to enforcement and administration.

This meant that a surplus of over £4.7 million accrued.

Legally the Council must reinvest any parking profits in transport.

Most of the surplus was spent on highway maintenance (£4 million) and subsidised bus services (£670,000)  The rest went on community transport and shopmobility.

Some drivers may wonder why more has not been invested in resurfacing Council car parks, several of which are now in very poor condition.

The inaccurate “on line” parking space availability map has also been a source of criticism. 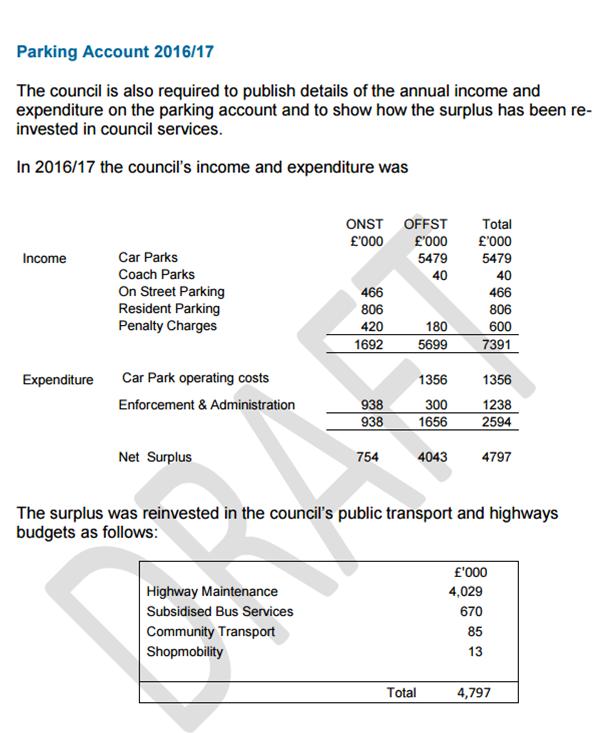 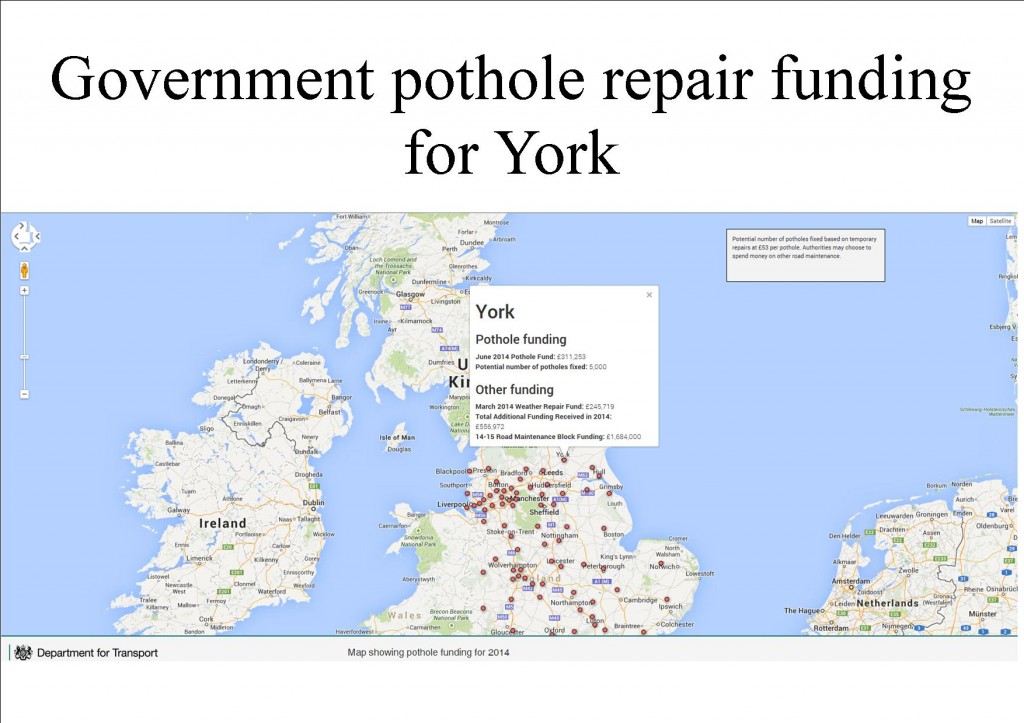 The coalition government has allocated York over £300,000 to deal with some of the potholes that blight local roads.

It is estimated that this will allow around 5000 holes to be filled in.

The money is in addition to the £245,719 allocated earlier in the year to repair the worse ravages of the winter weather.

However the central government initiative will do little to address the backlog in highways repairs which has built up over the last two financial years following a decision by the  local York Council Labour Leadership to lop a total of £4 million from the highways budgets.

The potholes represents a particular risk for cyclists with highway margin work (the 1 metre band near the highway kerbside) having been given a low priority by the Council over the last 3 years.

Some road humps are also in a particularly poor condition and represent a hazard for all road users.