19 trees were planted in Dickson Park this week by a team of volunteers from the Foxwood Residents Association and AVIVA. The trees were supplied by DEFRA. The project was so popular with neighbours and passers by that several offers of sponsorship were received.

We are now led to understand that the York Council’s new “forest” will be planted on land boarded by Wetherby Road, Knapton, the cycle path and Harewood Whin. The precise boundaries have not yet been revealed.

There are some mixed feelings about the plan which, unless government funding can be obtained, could cost local taxpayers over £1 million.

The site is currently in agricultural use and self sufficiency in food production could become more important over the next few years. No economic or environment analysis of options has been published

While there is a precedent for the Council managing local farms (they did so in the last century in an attempt to sustain a supply of land for new tenant farmers) the scale of the forest venture is new.

It has the advantage of potentially helping to reduce pollution levels.

One advantage of the location (if the speculation in the media is correct) is that it is close to the popular Rufforth – Knapton cycle track.

NB. The Council, while saying it has obtained 10 acres of land for tree planting “on the inner ring road”, has still not confirmed where this is located.

UPDATE. According to Cllr Nigel Ayre posting on twitter this is a map of the site. If correct, then part of it straddles Wetherby Road

The plant can process up to 320,000 tonnes of waste per year and is operated by Amey on behalf of North Yorkshire County Council and City of York Council. Diverting this waste away from landfill means AWRP can also use it to generate enough energy to power the equivalent of 40,000 homes in the area.  END_OF_DOCUMENT_TOKEN_TO_BE_REPLACED 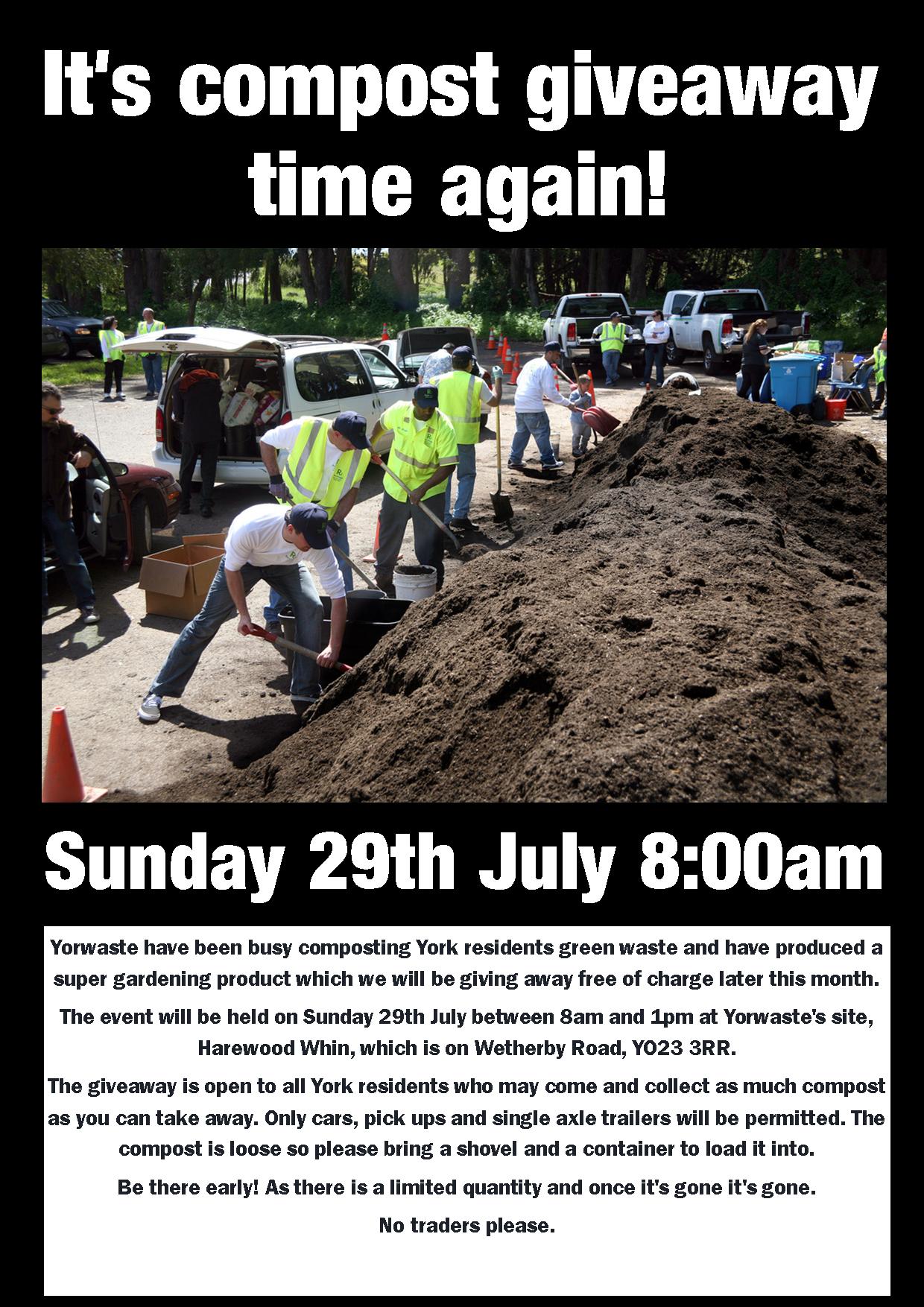 Officials are recommending that planning permission by granted for the redevelopment of the Oliver House site. 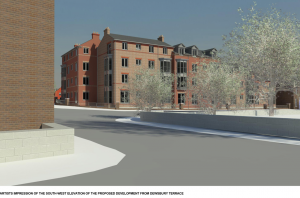 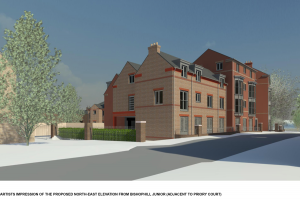 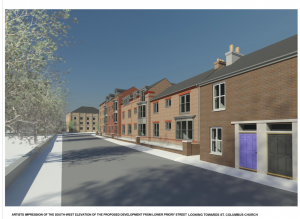 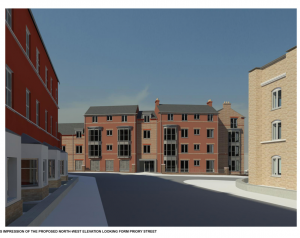 The former elderly person’s home was sold by the Council to specialist developer McCarthy and Stone a year ago. The expectation was that apartments – aimed at older people – would be provided on the well located site.

As well as the £3.2 million capital receipt, the Council is now set receive over £500,000 to spend on providing “off-site” social housing units.

The main demand on the housing waiting list is for smaller properties which, when vacated, will free up family accommodation. The Council may need to act quickly to make use of the receipt or any vacated Council houses may have to be sold on the open market under new central government regulations.

The Council was heavily criticised for leaving Oliver House unused for over 2 years. Eventually it was sold by tender but it could still be over 18 months before the first homes there are occupied.

At a meeting on 15th September the Council is set to remove the requirement to provide a section of cycle path outside the new waste transfer station on Wetherby Road near Rufforth. The proposed road side path has been superseded by an alternative off road link which opened last year. 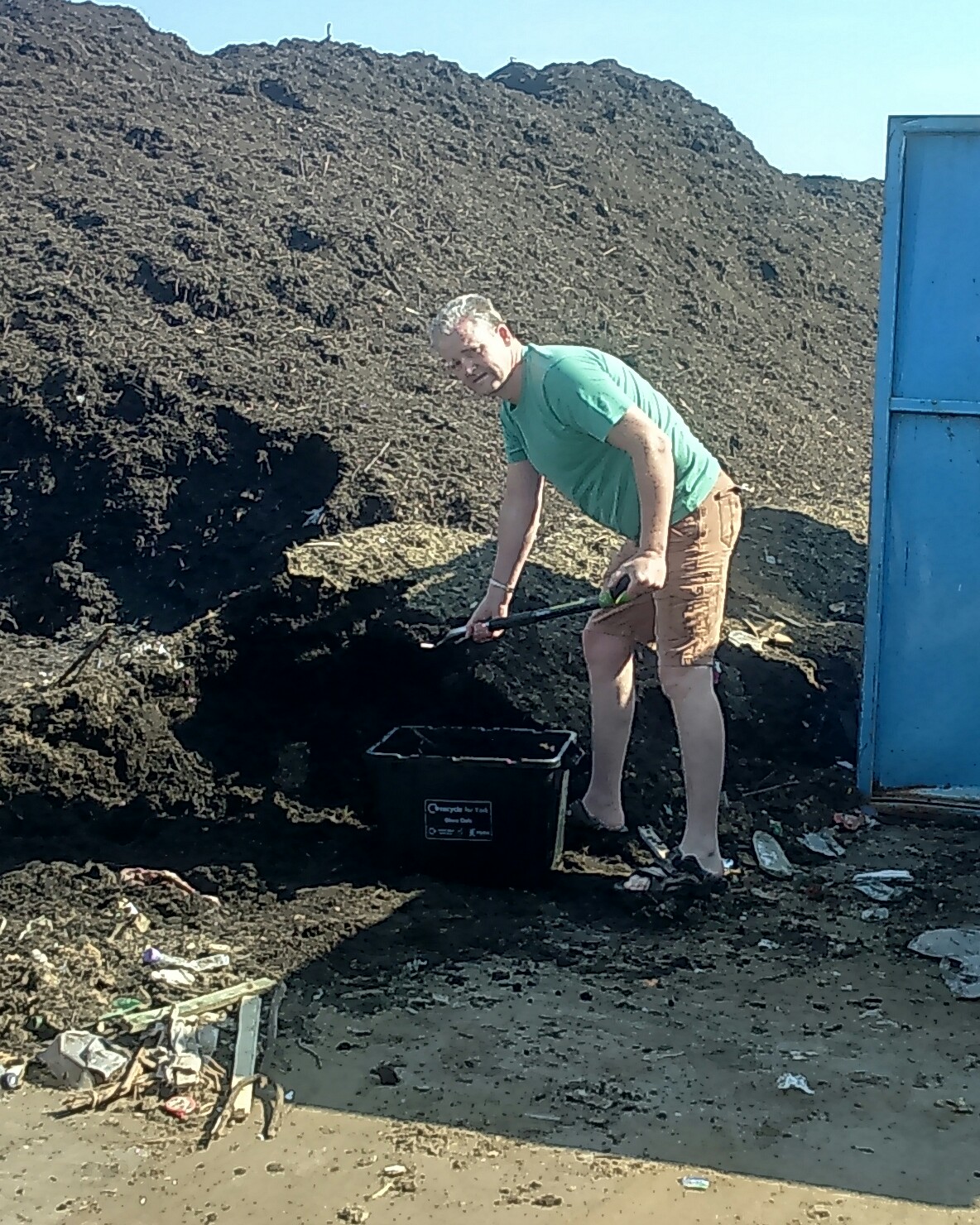 fill up your own containers with free compost

A good response yesterday to the first free compost giveaway at Harewood Whin.

The next giveaway takes place on Sunday 5th June

Yorwaste the operators of the Harewood Whin waste site are seeking planning permission to extend some of their activities until 2030.

Two applications will be considered at a meeting taking place on 12th May.

The first application seeks agreement to the expansion and continued use of a section of the site for composting.  The proposal envisages the continuing use of the existing concrete composting pad, together with an associated extension of some 6,910 sq metres in area, up until December 2030.

The pad is used to store and turn compostable materials in linear masses or windrows for periods of 6 to 12 weeks at a time to make compost. The size of the pad allows for the processing of a maximum of 70,000 tonnes of material which would meet current expectations of demand over the application period.

The second application is for the construction of a waste transfer station. The facility will be used for the bulking up and transference of materials to be used in the proposed Allerton Park Waste Incinerator.

The applicant has agreed as part of the development proposal to contribute towards the provision of a cycle track along the Wetherby Road frontage and to unilaterally revoke an extant planning permission for a biomass plant on the site.

Both applications are recommended for approval 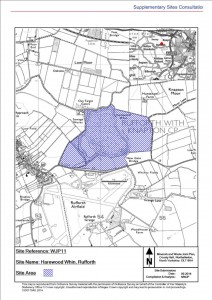 The latest draft of the waste plan shows changes to the Harewood Whin (Rufforth) site boundary on page 36.

The main purpose of this consultation is to seek your views on the additional and revised sites that are contained in this document.

The consultation period for this stage of the Joint Plan will run until Friday 13th March 2015 and all responses must be received by 5pm on that day.

The warning from operator Yorwaste comes a year after similar odour problems were reported by resident living in the Wetherby Road area.

In a media release the company says, “Yorwaste is currently undertaking work to restore a large area of completed landfill in the central part of their Harewood Whin site. This involves sealing the exposed waste with clay to control leachate generation and prevent landfill gas emissions.

The work can create disturbance, hence why the company is keen to alert residents in advance.

As part of this process new pipes have to be installed to collect the gas that is produced by waste in the landfill and it is at this stage that people living nearby may notice a slight and occasional odour.

Yorwaste says it is working as quickly but safely as possible to carry out this work, which will take place at various periods in October, and that the installation of the gas pipes should be completed by the end of November.

“We would like to apologise in advance for any inconvenience this work may cause to people living near Harewood Whin but it is important to stress that this work is essential and is necessary to avoid a repeat of last winter’s problems.

“As waste breaks down in a landfill it starts to produce a methane gas. This gas can be captured and converted into green electricity which is then exported directly to the national grid, thereby reducing reliance on fossil fuels.

“The planning and implementation of this work has been done in consultation with our regulator, the Environment Agency, and whilst there may be some short-term inconvenience, they are outweighed by the longer term environmental benefits.”