“Make it York“, the wholly Council owned QUANGO responsible for economic development activities in the City, has finally published its financial performance figures for the period up to and including November.

The figures include income from the St Nicholas Fair and Illuminating York but the cost of staging the two events are not revealed.

While the figures suggest that the company is on course to make a small surplus during the current financial year, the covering notes include a warning that the recent floods may impact on the final out-turns.

The figures are being discussed at a meeting which is taking place tomorrow (Monday) at West Offices (5:30pm). The meeting is open to members of the public.

It is expected that managers from Make it York will update the stakeholder committee on the actions that they took to help businesses that were being flooded on the evening of 26th December.

Residents will also want to know why plans to provide children’s rides at the St Nicholas Fair were abandoned? 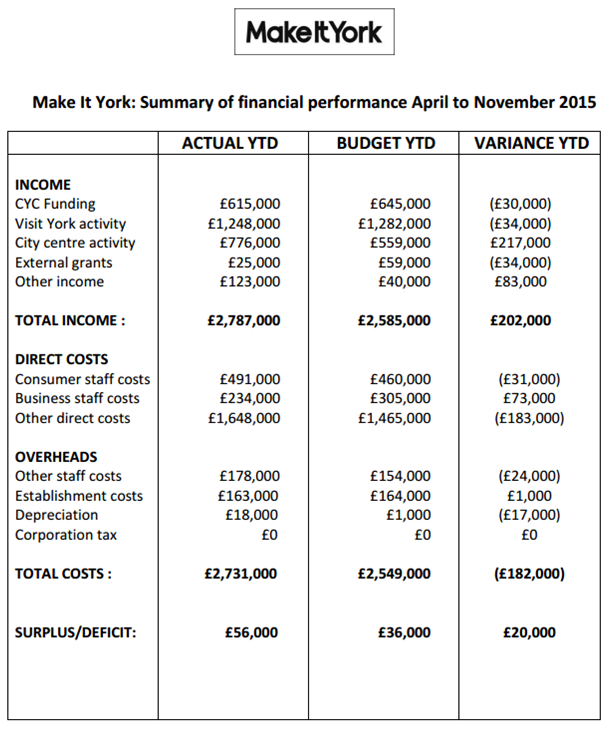