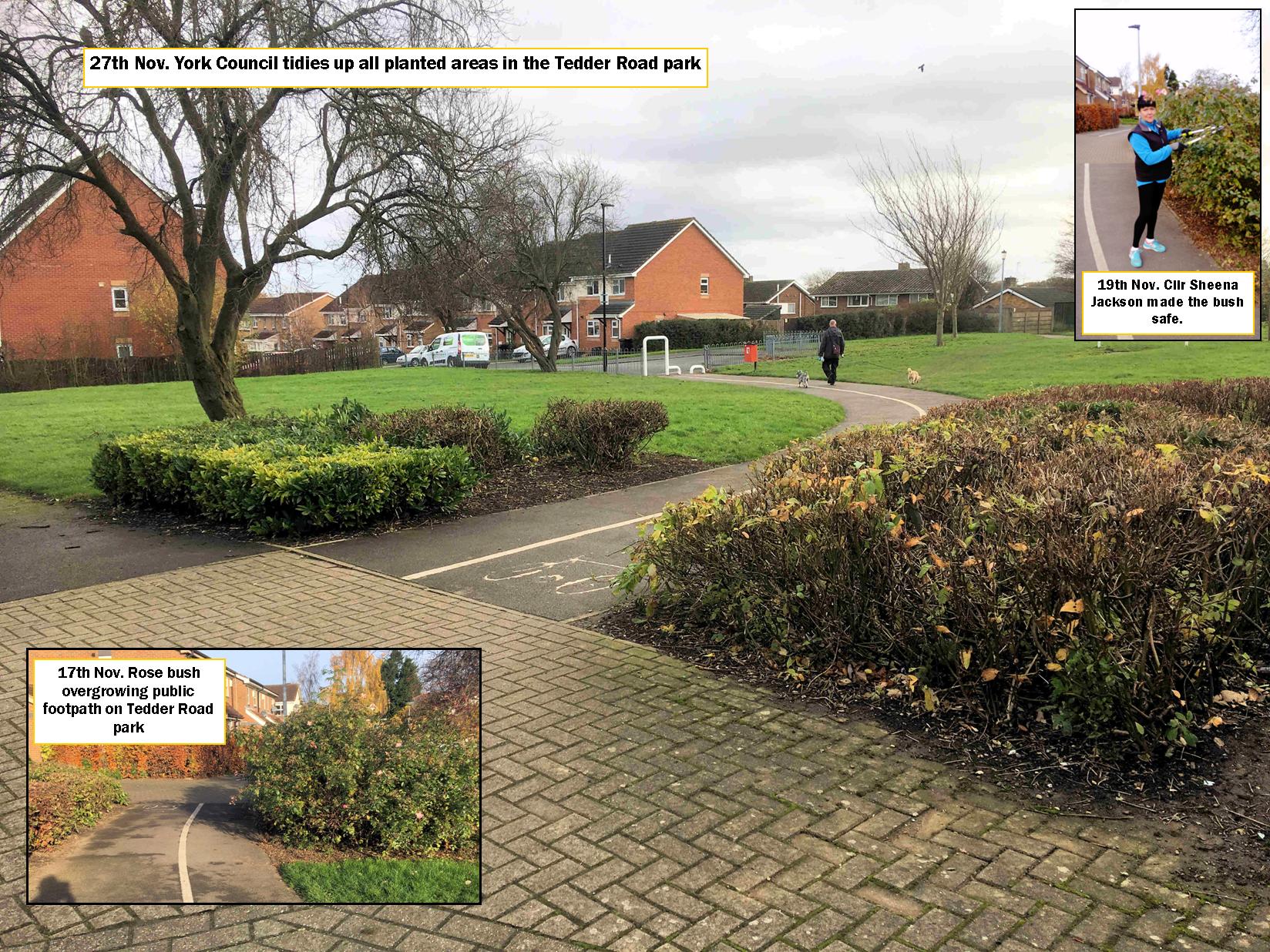 Residents in west York have been completing hedge trimming work over the last few days.

Bushes which have obscured the view from the Askham Lane bus stop are being removed.

The Council has promised to cut back overhanging highway trees and the local ward committee has allocated a budget for the work.

Elsewhere Sheena Jackson and local residents have been giving the boundary hedge in the Foxwood park a final trim (below). 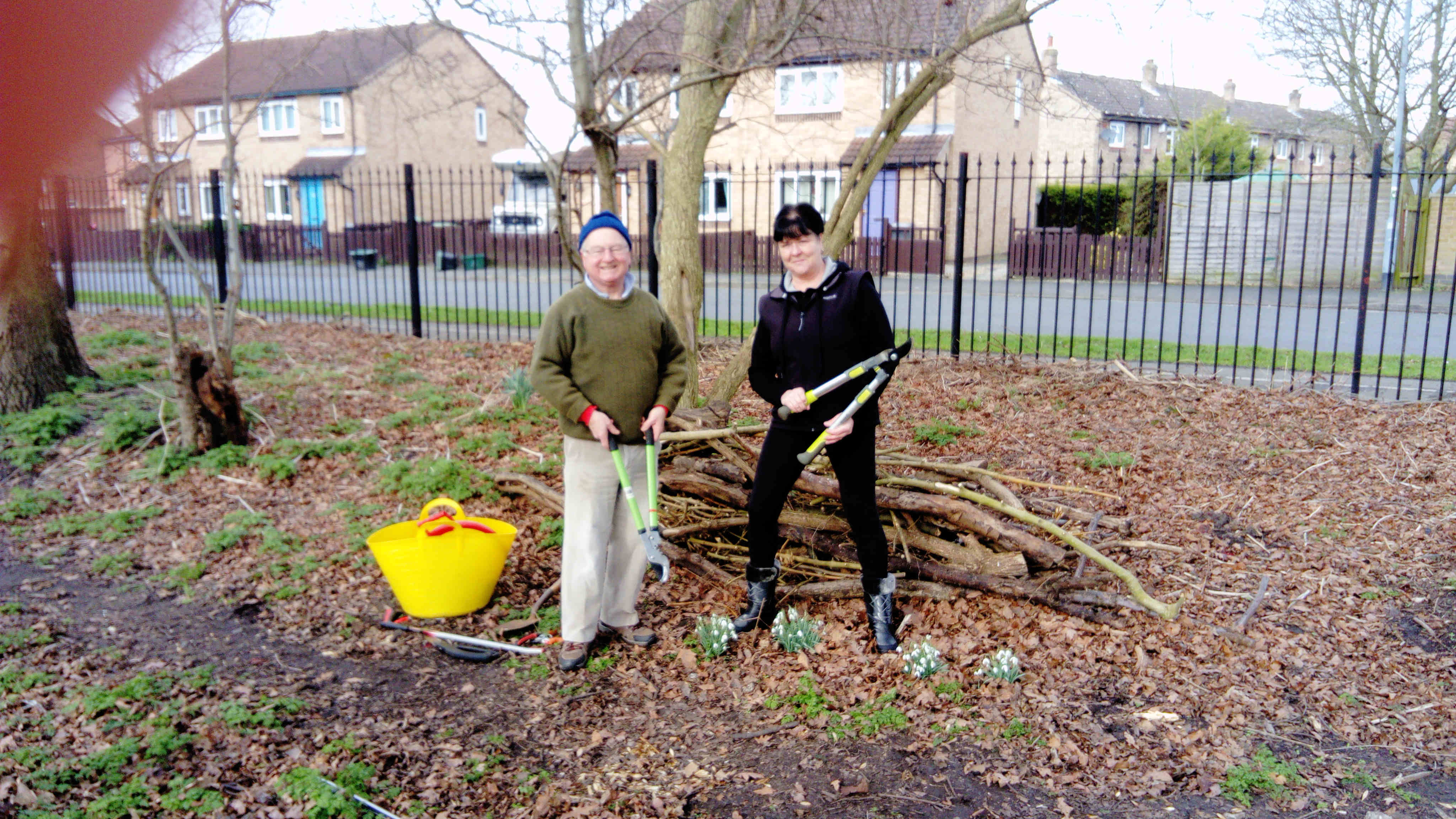 Arrangements are in place for the Great British Clean up next Saturday.

Join the Foxwood Residents Association as they “walk the bounds” 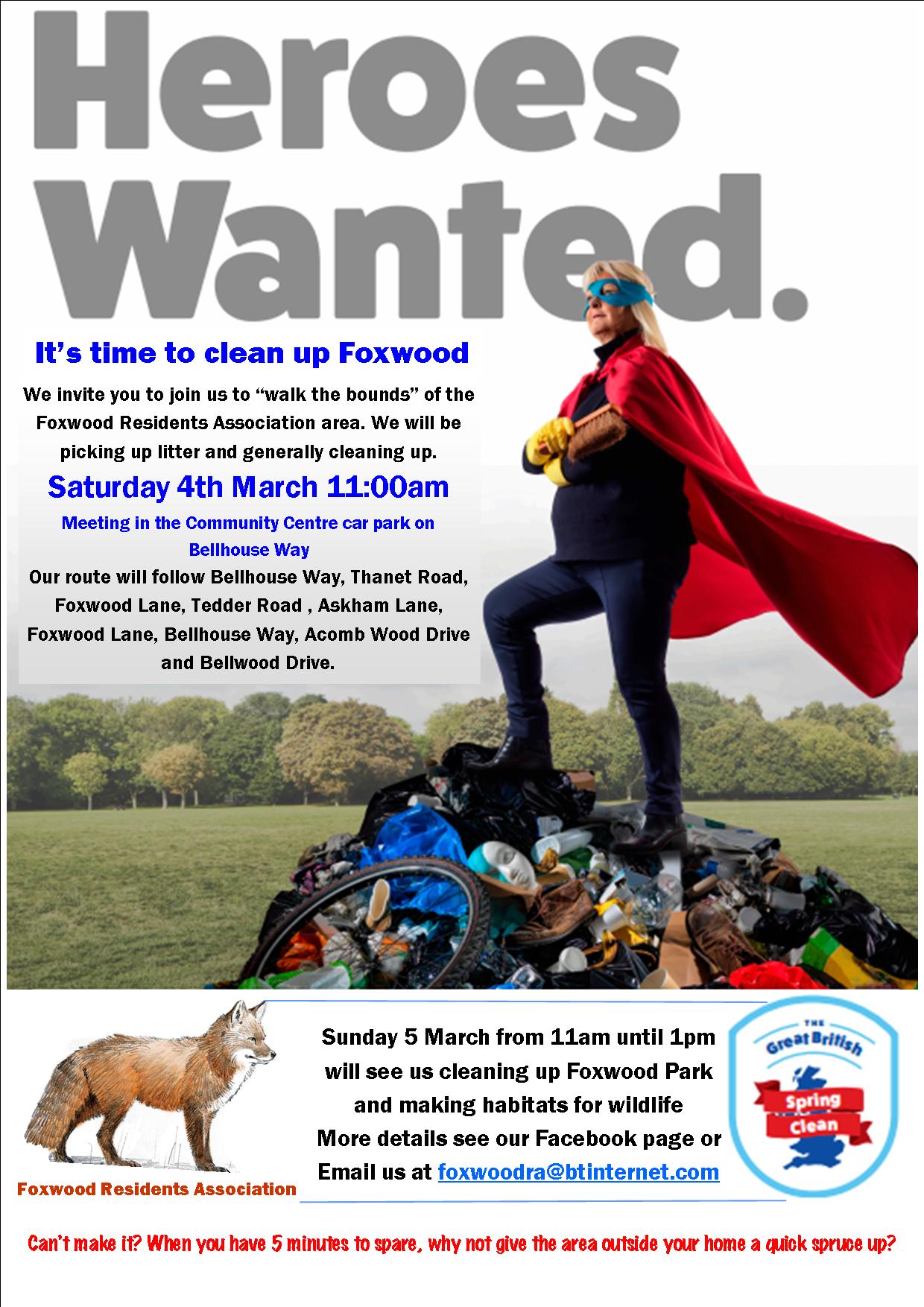 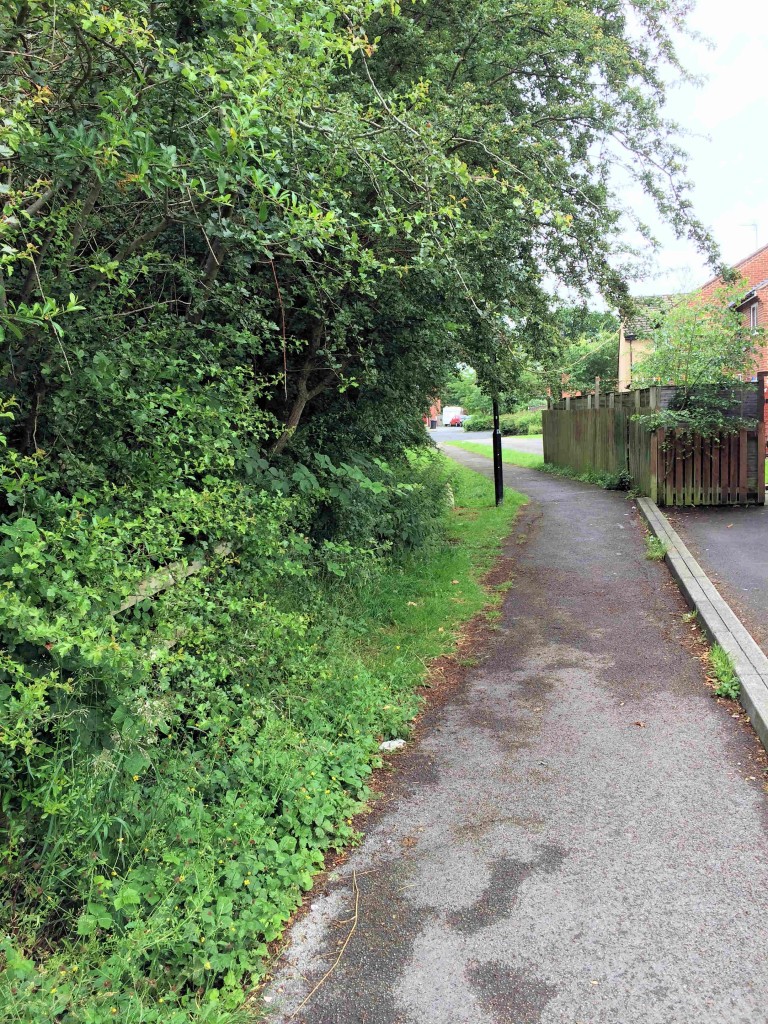 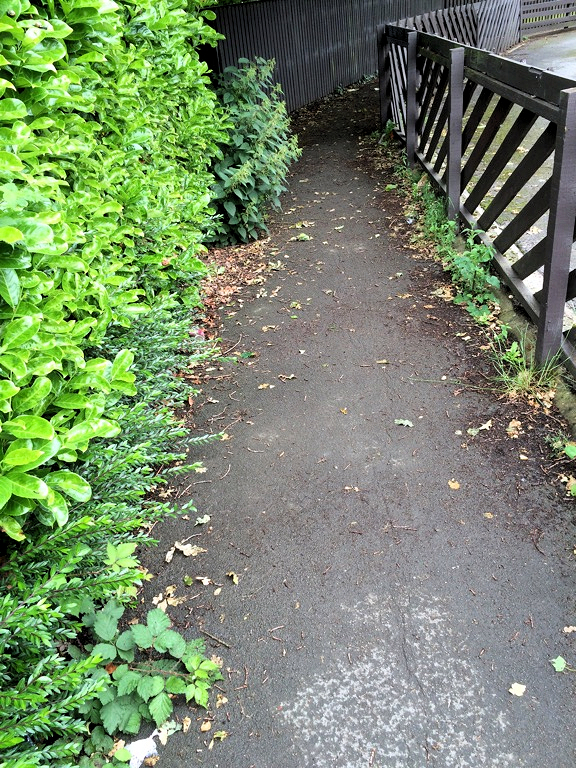 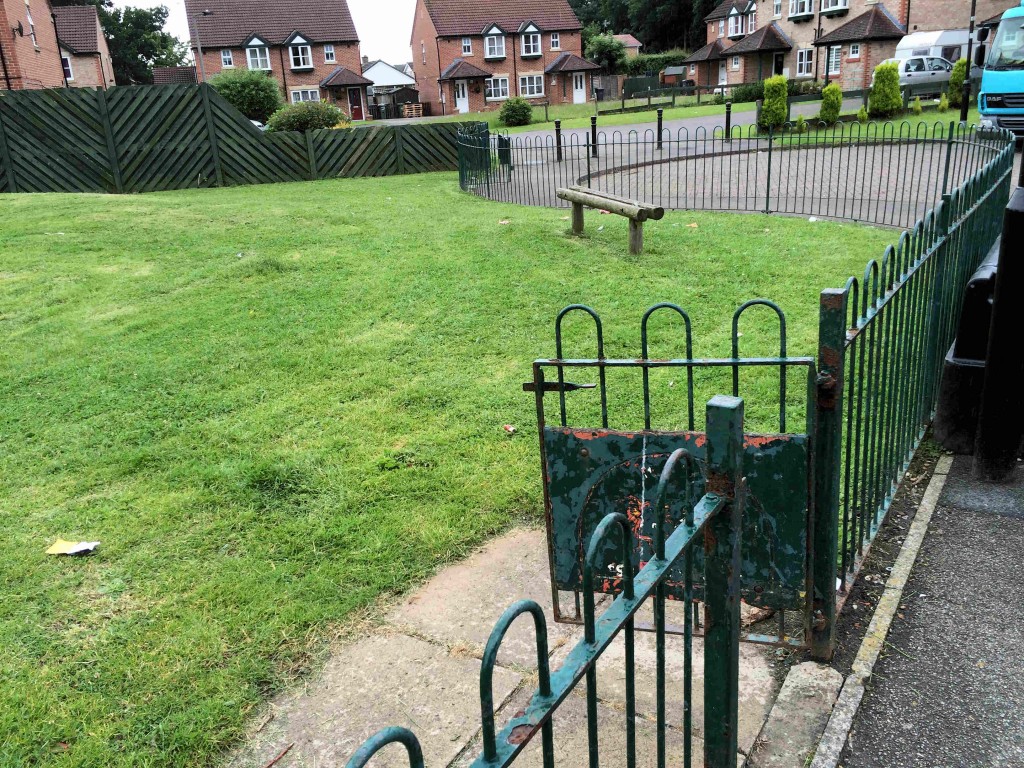 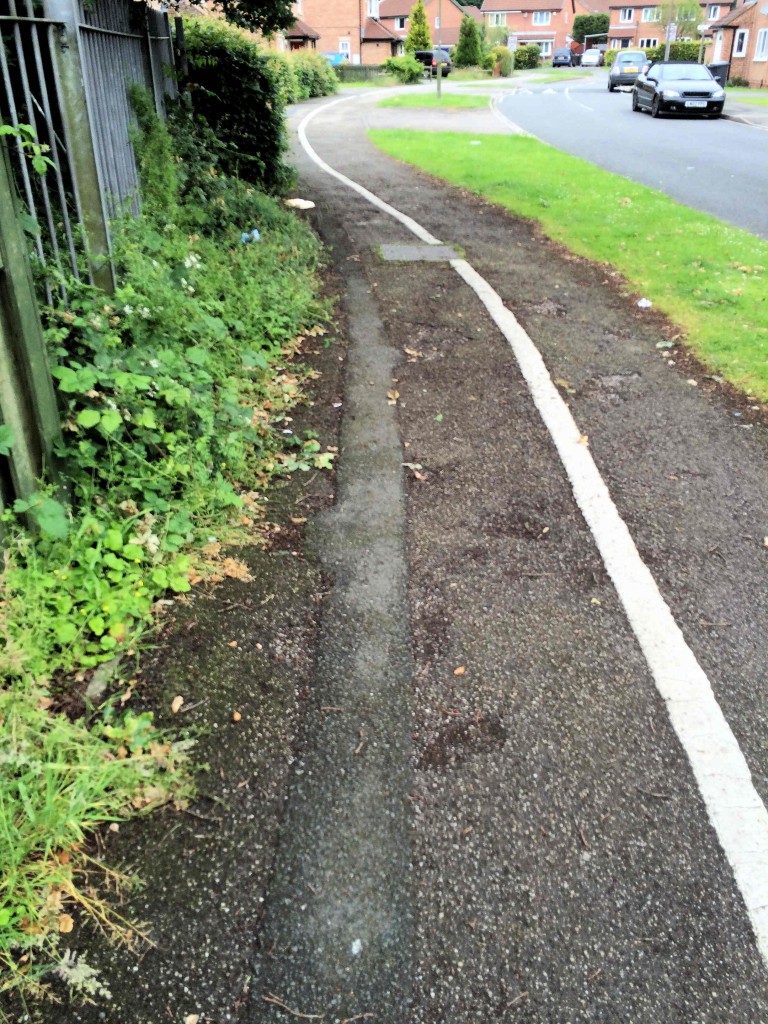 We are pleased to report that the Council has finally cleared the nettles, detritus and litter from the Askham Lane bus shelter. We’d reported the issues on several occasions. The bush that blocks passenger visibility of approaching buses has had a small amount of attention. We are hoping that the, self seeded, bush will be removed altogether when the bird nesting season is over. 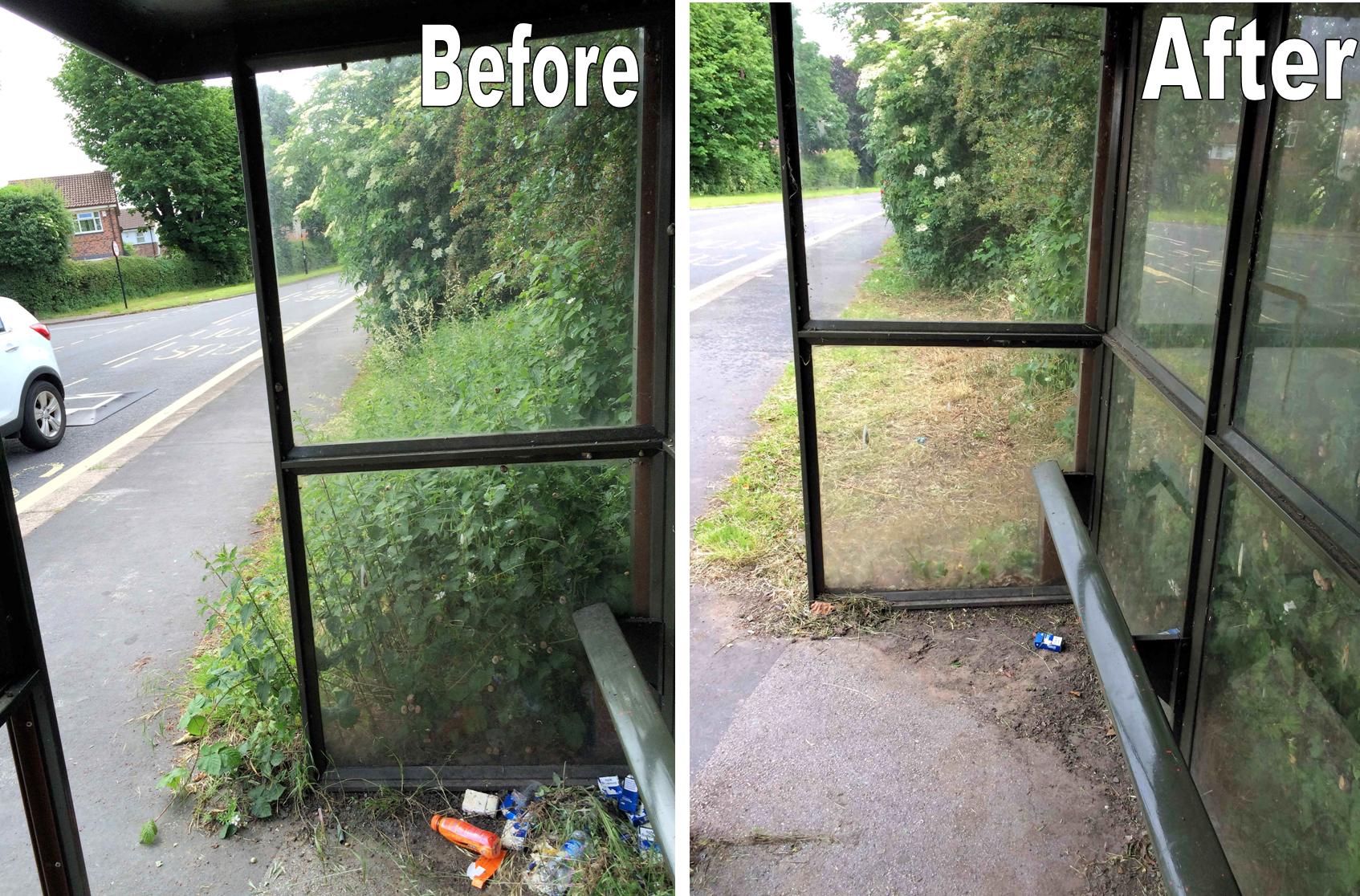 We’ve reported several other issues including dumping at the bus stop opposite. Issue are recorded on https://www.fixmystreet.com/ 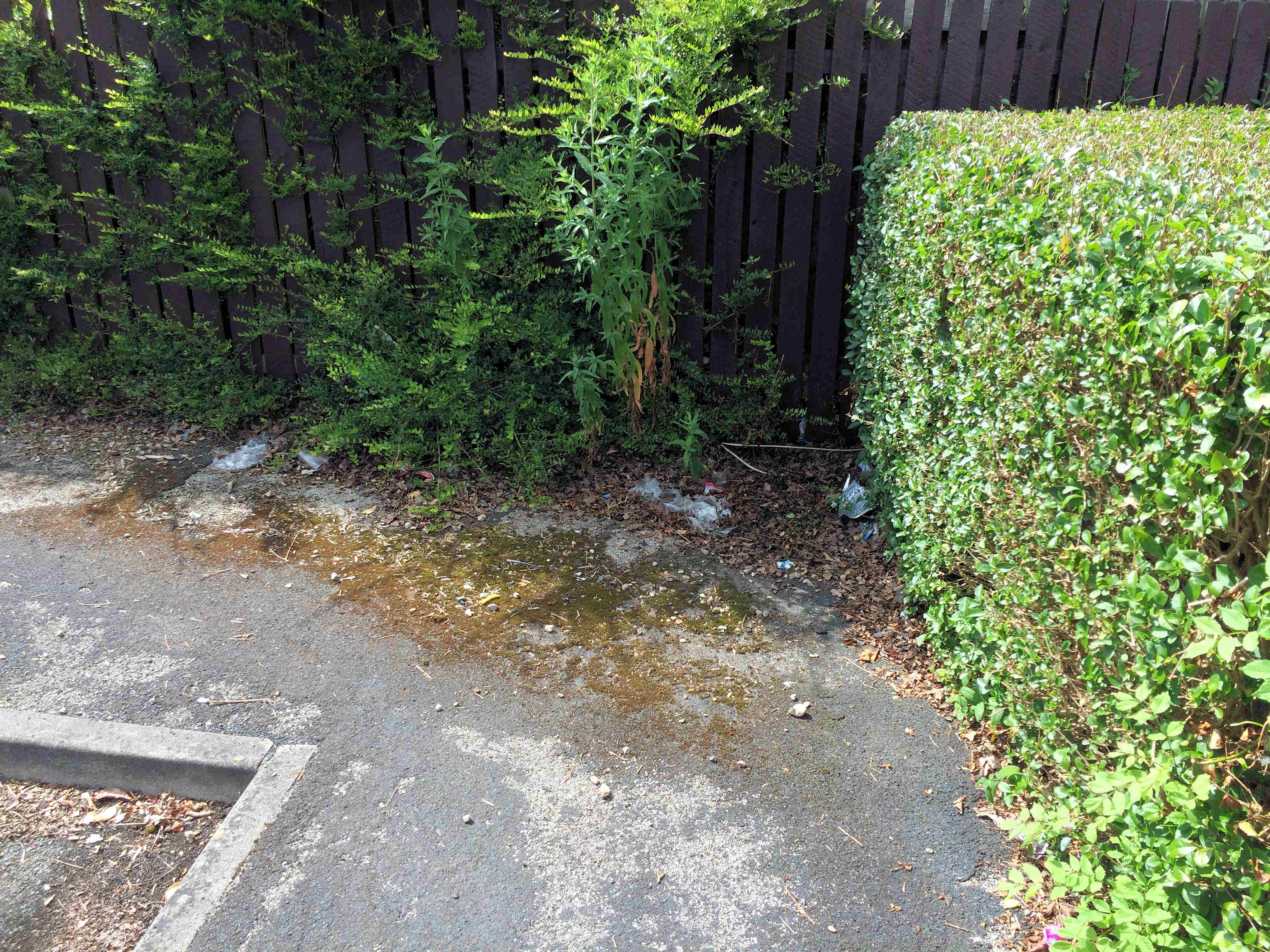 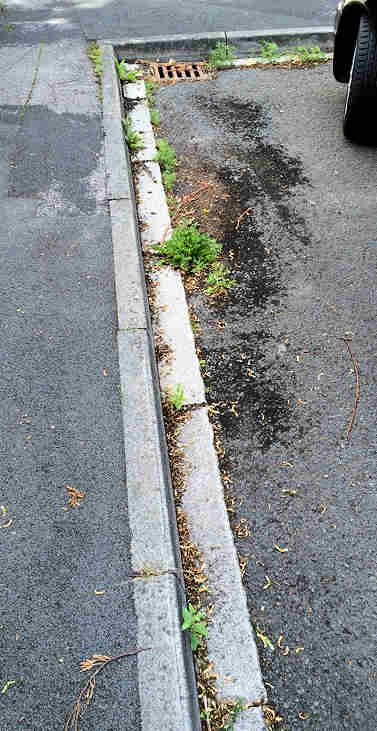 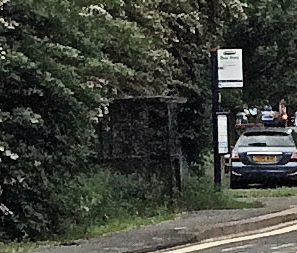 A bus shelter on Askham Lane has been engulfed by weeds. Branches from a “self seeded” bush totally obscure the view from the shelter which is well used in inclement weather. Ponding on the adjacent highway has been a problem for some years.

It is a repeat of a problem which happened in 2014. Residents complained that they could not see approaching buses while those waiting at the stop could not be seen by bus drivers.

Local Councillor Andrew Waller is following up the issue with the Council. He has also asked for weeds on Waterman Court to be treated.

Nearby the bus shelter at the top of Foxwood Lane is also gradually being overwhelmed. Here the problem is aggravated by weeds growing on the roof of the shelter.

The Westfield Ward committee meeting taking place on 22nd June is likely to consider allocating part of its budget to manage overgrown trees and bushes in the area.