Council admits it got costs wrong 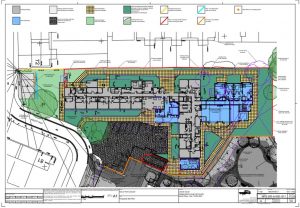 The estimated cost of modernising the independent living flats at Lincoln Court has increased from £1.9 million to £4.8 million. Council officials, in a report to an executive committee meeting next week, admit that they got their measurement figures wrong in a report published in March 2018.

A contract for £4.7 million had already been let for the Windsor House/Lincoln Court redevelopment

The new scheme would include 15 new apartments which would meet disabled access standards. In total there would be 35 units on the site.

It is currently blocked by an objection from Sport England.

Sport England objects to the loss of the all-weather games area on which the extension to Lincoln House will be constructed. They insist that a replacement is provided.

It has been suggested that a new games area could be provided nearby on the Thanet Road Sports Area. 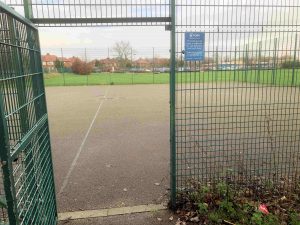 The report seeks to address to sports area issue by saying “To note that in approving Option 1 a commitment is made for alternative recreational facilities following community consultation including Sport England within Westfield Ward in mitigation for the loss of the Multi Use Games Area. The alternative facilities provided are to be agreed by Executive and will be subject to a further report and budget approval”

That isn’t likely to cut any ice with residents who will want to know what it to be provided and when before any planning application is approved. (The last ploy by officials was that some outdoor gym equipment would be provided on Chesneys field)

The report also candidly accepts that the new scheme will reduce the amount of garden space available for Lincoln Court residents.

That will not be popular.

No attempt is made to address the lack of car parking provision or the effect on traffic congestion, on approach roads, that the expansion will have.

Altogether too little, too late from Council officials who have treated tenants and neighbours with little more than contempt over the last 12 months.