The Council has started an “on line” consultation about the changes that they plan to make to the pedestrian/cycle route which links Scarborough Bridge to St Mary’s, Bootham and beyond.

Unfortunately very few people know about the plans or the consultation.

The background information glosses over the future of the Marygate car park.

The main area of concern relates to the possible permanent loss of parking spaces in the car park. The car park has been very popular with visitors and shoppers over recent months. It is vital for the City centre economy.

Unfortunately around 40 spaces at the car park have been unusable since the York Council coned them off in June.

It doesn’t say how many spaces will be lost.

There is no opportunity given on the survey to support or oppose individual sections of the proposal. Instead only narrative comments are invited.

It will be impossible to quantify these, so the final decision on the scheme will rest with one York Executive Councillor (Cllr D’Agorne)

Other aspects of the plans are likely to be less controversial.

The budget for the plans is £250,000. It would come from the Department for Transport (DfT) ‘Transforming Cities Fund’,

Subject to approval, construction work on the schemes would likely start during the winter and completed by spring 2021

This is the first phase of the Castle Gateway masterplan, with planning applications due to be submitted in late spring of this year.

The proposed developments are the vital first stages to deliver the centrepiece of the vision for Castle Gateway – a new public space around Clifford’s Tower and the Eye of York.  The four-storey car park at St George’s Field is needed to replace the parking places which would be lost on the current Castle Car Park, and would be funded through the new residential apartment developments on the site of the now demolished Castle Mills Car Park.

As part of the plans a new public bridge spanning the River Foss would connect Piccadilly and the rear of the Castle Museum, opening up planned cycle and pedestrian route along the river into town.

The drop-in events at Spark:York feature an exhibition of the proposals and the opportunity to talk to the team about the plans. There is also the chance to take guided walks of the area to explore the developments on location:

Come along to a drop-in session or join the conversation on twitter @MyCastlGateway , www.facebook.com/MyCastleGateway  or at www.mycastlegateway.org

Morrison’s supermarket in Acomb has applied to open from 7:00pm until midnight each day.

The license application to the City of York Council also means that alcohol sales would be available for the same period.

A similar application has been submitted for Morrison’s Foss Islands store.

There have been sporadic problems with anti social behaviour at night in the Front Street area and the car park has been a magnet for some trouble makers. The store is also located quite close to residential properties so there is bound to be anxiety about the impact of the proposal. 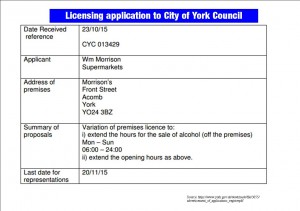 Representations to the application must be made in writing to City of York, Licensing Services, Hazel Court EcoDepot, James Street, York. Y010 3DS. Representations must be received within a 28 day period beginning the first day after the application is made.    Residents have until 20th November to raise any objections with the Council Email: licensing.unit@york.gov.uk Tel 552512

A similar application for extended hours was recently submitted by the Lidl store on Thanet Road.

It is just over a year ago since barriers were installed at the car park at a cost of over £100,000.  Labour Councillors who approved the change were warned that elsewhere similar (outdoor) systems had been chronically unreliable.

The report identifies a potential overall overspend against budget of £1.9 million. In fairness, this is not without precedent for a first quarter financial review.

Most of the potential deficient occurs from escalating costs for fostering children.

The Council says that “the number of Children Looked After is unlikely to reduce in the foreseeable future”.

The Council Housing account is now forecast to have a surplus of £16.6 million by the end of the year!  As reported on Thursday, housing officials are currently refusing to invest any of the profit in essential estate repairs.

The performance report suggests that little progress has been made so far this year in improving public service standards. 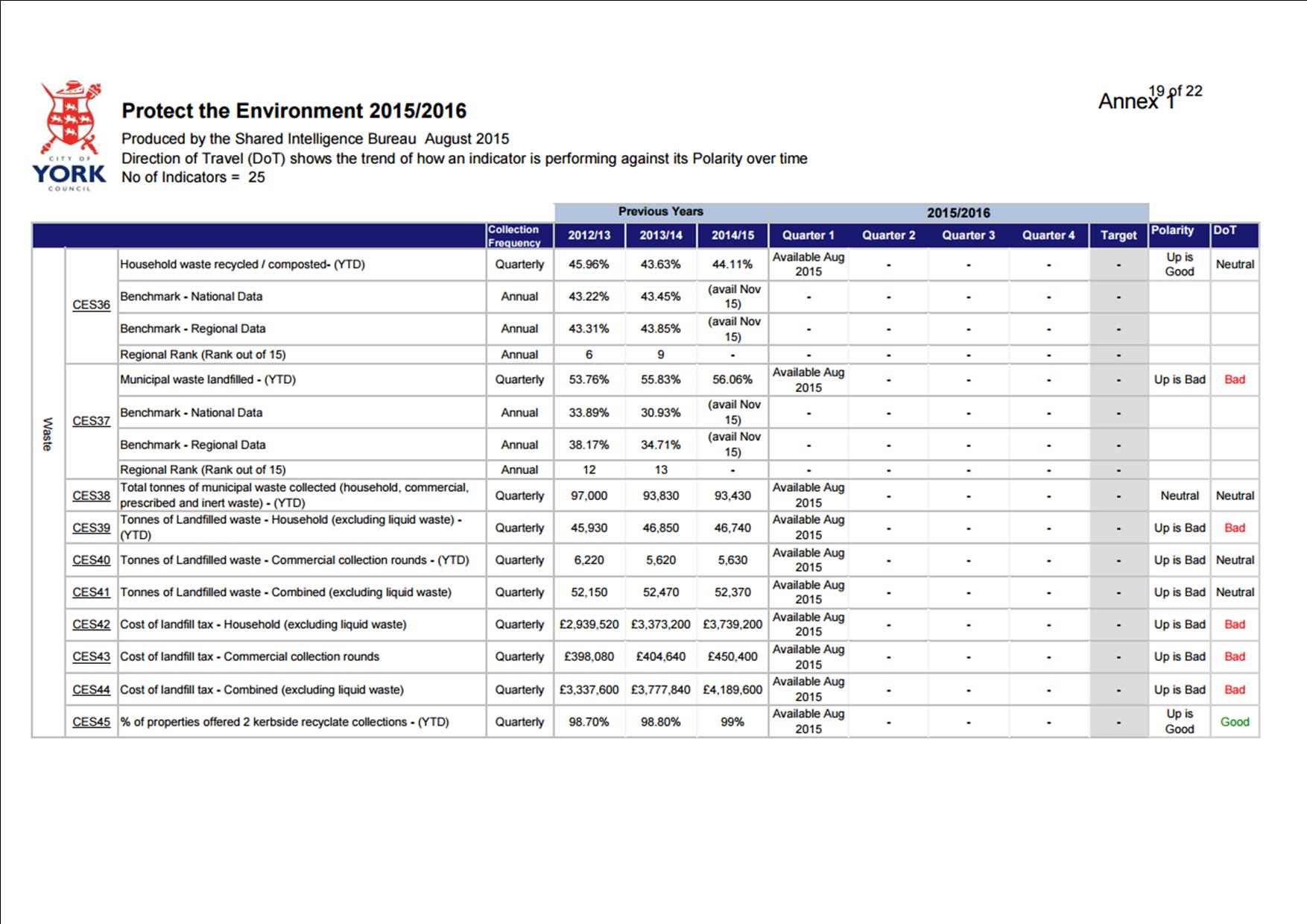