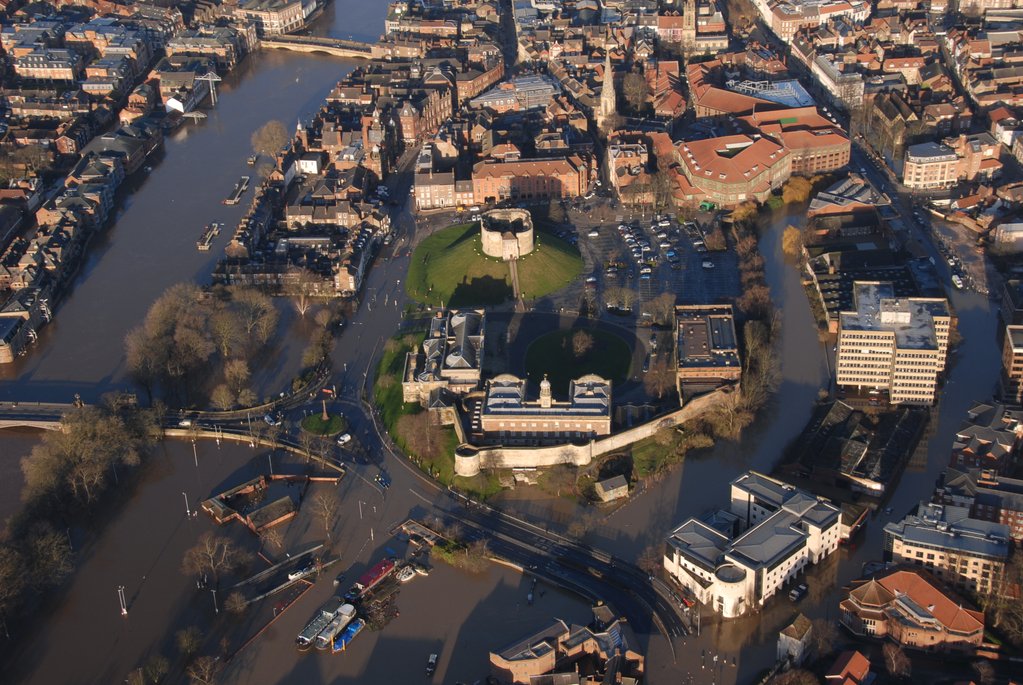 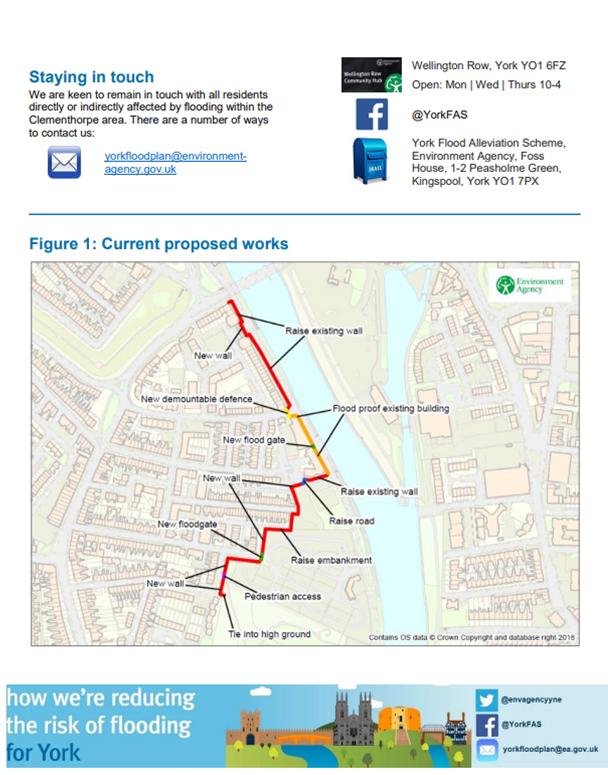 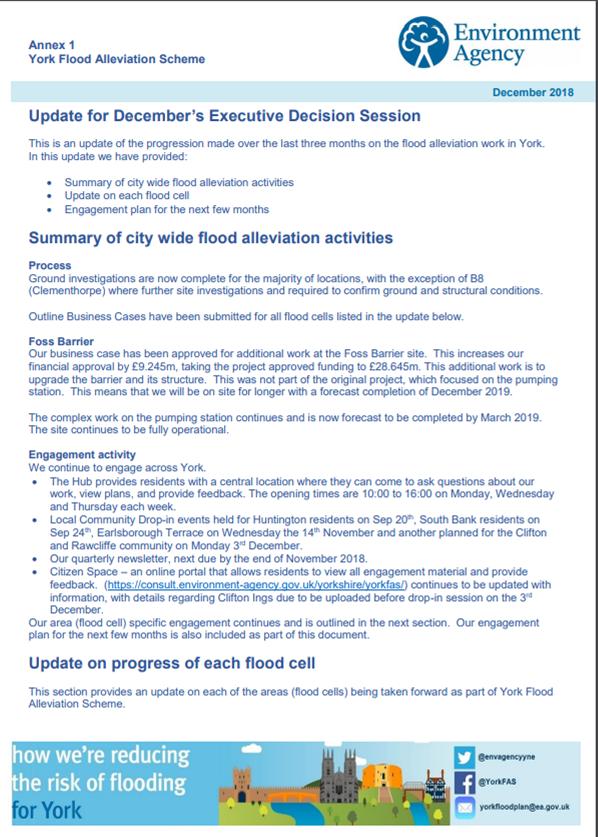 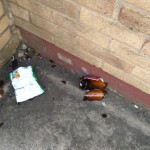 Cllr Sheena Jackson has reported problems with broken glass in Burgess Walk and dog fouling in the Doherty Walk area. 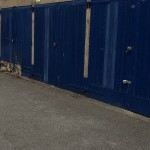 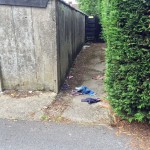 Damaged doors on the garages on Chapelfields Road haven’t been repaired yet. We’ve asked that the whole are – including the snickets – be given a good clean up 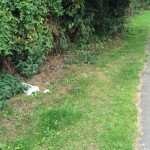 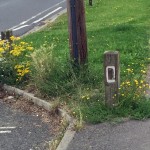 Council asked to strim round street furniture on Grange Lane 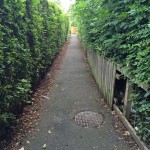 There has been some dumping on Grange Lane which we have reported. Hedges are now impeding the snicket link to Parker Avenue while we have asked for the grass next to street furniture in the area to be strimmed 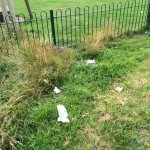 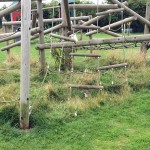 There was a lot of litter on the Grange Lane play area yesterday. We’ve asked for a tidy up. Also for the weeds which are overgrowing some of the play equipment to be strimmed. 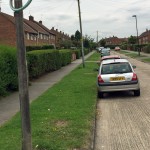 Tyre on Bramham Road lamppost. Some pranks stand the test of time

and finally the ubiquitous prank of trying to get a tyre over a street light has reappeared in Chapelfields.