ANPR “spy cameras” are in use in both locations.

The figures for Low Poppleton Lane in April are the first to be published since the Council discontinued issuing “warning letters”. 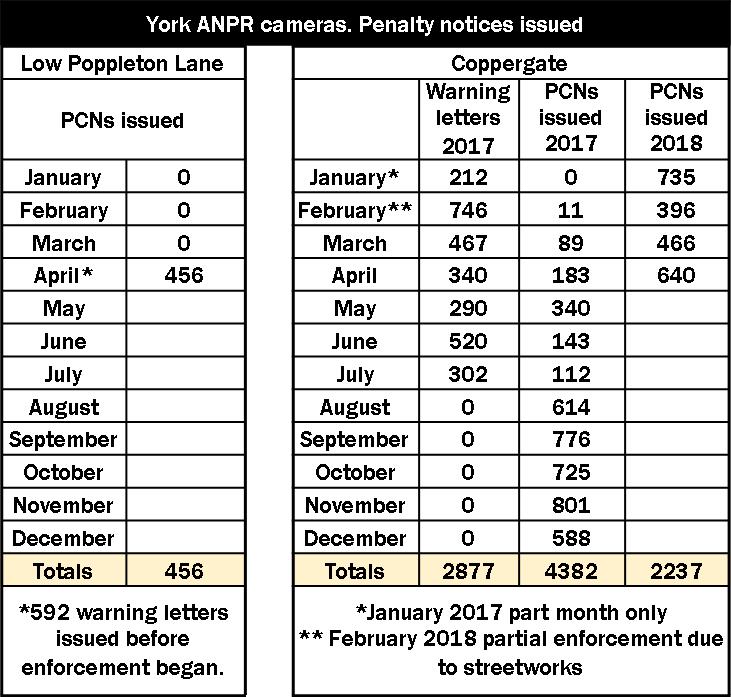 456 drivers were fined on Low Poppleton Lane in April. That could bring in around £20,000 in additional income for the Council.

The picture in Coppergate is similar, with 640 penalty charge notices issued, a big increase on the same month in 2017.

Taking both sites together, the Council could pull in around £500,000 a year in fine income – far above budget forecasts.

The use of “spy cameras” has been criticised in the past as an over-reaction by the authorities to relatively modest traffic problems.

In Coppergate, at least, most penalty notices have been issued to visitors to the City.

Signage, although now legally compliant, is difficult for motorists to interpret quickly as they search the City for their destination.