The York Council has finally responded to a Freedom of Information request tabled in January.

The response reveals that fines totalling £218,000 were levied.

Since then (in January and February) a further 1131 fine notices were issued. This figure was suppressed by the road works which took place in the area during those months.

Of the fine notices issued in 2017, 1854 (51%) were to vehicle owners with addresses outside the YO postcode area. 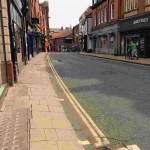 There were 346 successful appeals against the penalty charge notices. Most of these were from “out of area” taxis and private hire vehicles.

No outstanding fines have yet been subject to a formal recovery process (use of bailiffs etc) .

The cost of administering the penalty charge process in 2017 was £61,958. The process is outsourced to a company from the south of England.

The figures are likely to give rise to concern. The levels of abuse suggest that the signage is still not being readily understood by drivers. 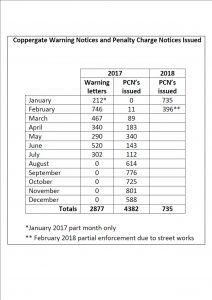 There are likely to be calls for a warning letter to be sent to first time offenders.

The Council was criticised in 2013/14 when thousands of fines were levied on tourists in the City who had used the – then restricted access – Lendal Bridge and Coppergate.

The resulting national publicity damaged York as a tourist destination, with its reputation only recently having begun to recover.

Visitor abuse of the restrictions is expected to peak in the summer months.

NB. The Council has not yet published details of the numbers of motorists fined following the introduction of ANPR surveillance of restrictions on Low Poppleton Lane.

One thought on “51% of those fined on Coppergate are visitors”