Residents have complained about the slow progress being made in providing parking lay-bys on some estates in west York. As reported yesterday, the Westfield Ward improvement programme is running nearly 12 months behind scheduled.

One problem area is Dijon Avenue where – because of the estate layout – only carriageway parking is possible for some properties. That space has now run out. 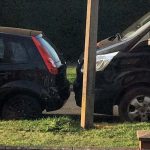 Better news, though, on bringing empty garages back into use .

As we reported in February large numbers of Council owned garages in west York were empty.

Some had been unused for over 5 years.

Following work by LibDem Councillor Keith Aspden, the Council agreed to implement repairs where these had been the cause of the voids.

Work was ordered for garages in Bachelor Hill, Marston Ave., TheWandel/Chapelfields Rd., Wains Rd., Sowerby Rd. & Woodlea Ave., Most of these repairs – mainly to doors and brickwork – have now been completed and the garages have either been let or are under offer.

A large number of garages are, however, due to be demolished. This will exacerbate problems particularly in the Windsor Garth area.

Residents will expect the Council to invest in alternative off street parking before any demolition takes place.

The Council has promised to provide up to date details of vacancies on its web site, to advertise voids on local noticeboards and to engage ward Councillors in re-letting campaigns.

That represents progress, but it remains a concern that it took so long to re-let garages.

One consequence was a loss a loss of around £22,000 a year in rent income.

The current position on vacancies is shown below 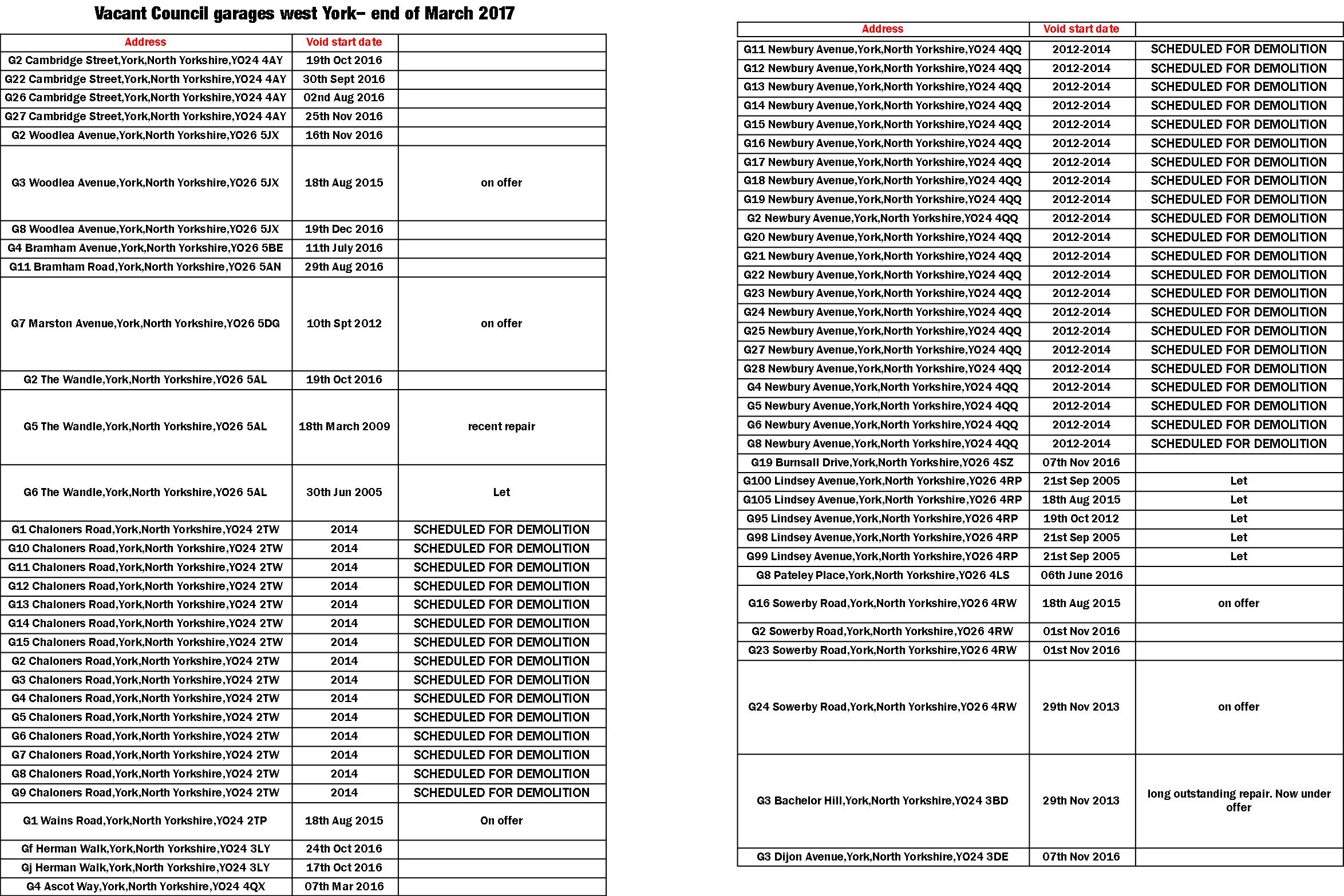