A bid by McCarthy & Stone for a 30 apartment retirement home scheme is the clear tender winner  at £3.324m for the Oliver House site according to Council papers published this evening. 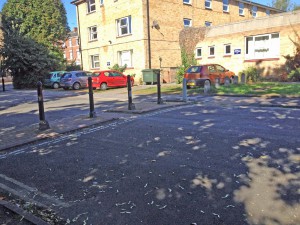 The bid is much higher than the initial £400,000 valuation put on the site by Council officials who had obviously under-estimated the buoyancy of the recovering property market in York.

The next highest bid was a 29 bed retirement scheme from Churchill Retirement at £2.850m.

The lowest value bid came from Yorspace at £750,000. This bid had received a lot of publicity in The Press but is so far below the market value that the Council could not legally accept it (without Secretary of State authority).

Officials are recommending that negotiations with the highest bidder proceed.

Oliver House has been empty for 2 years. Slow progress on its sale has been heavily criticised by Council taxpayers