A draft Local Plan agreed for submission in 2011 would have seen 575 homes per annum built in the City.

Labours “Big City” approach alternative was floated in 2013.  It would have seen the City grow by 25%. Many of the houses would have been built in the Green Belt, which would have been damaged irreparably. The plan never reached the public inquiry stage.

During the last three years an average of 1131 additional homes have been provided in the City each year.

The latest Local Plan – still not adopted – envisages 790 homes a year being provided. This is still much higher than ONS projects say is necessary and would require a sustained growth in jobs, the scale of which has not been not seen since the Industrial Revolution.

The number of York residents supported at home through care package is around 1800. About 650 residents are admitted to nursing or residential care each year. The figures are stable

Over the last 18 months the numbers of delayed discharges from hospital resulting from unavailable “care in the community” facilities has fluctuated between 4 and 11 patients.

There have been delays in the Councils elderly persons new accommodation strategy. Although some homes have closed, there has been little progress “on site” in building new facilities at Oakhaven, Lowfield, Haxby etc.

We publish below a list of 55 candidates in the York Council elections who are refusing to reveal where they live.

It is only recently that the government changed the rules to allow home addresses to be omitted from candidate nomination forms. Council officials still check that potential candidates are on the electoral register or are qualified to stand in some other way. But there is no transparency about whether a candidate lives in or particularly close to the area that he or she hopes to represent.

The Dringhouses ward fares particularly badly. 7 of the 14 candidates there decline to say where they live.

This is important because many electors will expect their Councillors to regularly check on the quality of public series in the area. A good maxim for Councillors has always been the three “C”’s.

Consult residents, Campaign for improvements and Communicate what you have done.

This can most easily be done if a Councillor lives in or very near to the ward that they represent. From the moment they leave their home in a morning they can be scanning public services like roads, street lights and litter collection to check that everything is OK.

That’s much more difficult if you live several miles away. There is evidence to suggest that, after the first few enthusiastic months, communication with residents declines (until another election comes round).

So, electors have a right to know whether a candidate lives in the neighbourhood.

The government changed the rules in an attempt to protect public servants from intimidation. That’s’ fine. There is no need to publish the house number of a candidate. Just the street name, and confirmation of which ward it is in, would suffice, at least until someone has been elected.

Four of the “shy” candidates are currently sitting Councillors.

A quick look at the Party websites reveals that they are no more candid about where their candidates live.

All candidates should, before the 2nd May poll, publish details indicating which polling district they live in, and provide a contact email and telephone number.

Such details will be required by residents if candidates are fortunate enough to get elected.

The election takes place on Thursday 2 May 2019 with polling hours between 7am and 10pm, with the count taking place on the morning of Friday 3 May 2019.

Residents who are not currently registered to vote are encouraged to visit www.gov.uk/register-to-vote or call 01904 551007. All applications must be made by 12 April 2019.

Those who wish to arrange a postal vote can find further information at www.york.gov.uk or by contacting Electoral Services on 01904 551007 or electoral.services@york.gov.uk. Completed applications for a postal vote must be received by 5pm on 15 April 2019. Postal votes will be sent out first class on 16 April 2019.

Any elector who wishes to arrange a proxy vote must have their application received by 5pm on 24 April.

We’ll be taking a look at the candidates, and the policies that they are supporting, in a series of articles over the next few weeks.

Labour has dropped one of its Council candidates only a few weeks before nominations close for the polls on May 7th. 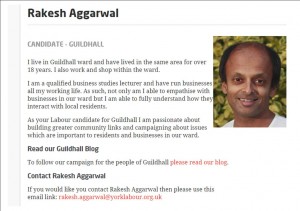 No reason has been given by Labour for dropping Rakesh Aggarwal as a candidate for the Guildhall Ward.  A massage therapist who had worked in York for 17 years, it was possible that he could have become Labour’s first Councillor from an ethnic minority background.

He has been replaced by a former York University student James Flinders who does not live in the Guildhall ward. He is believed to have been an associate of the disgraced former Council Leader, James Alexander, who standing down from the Council in May.

The Liberal Democrats have already announced their candidates for the Guildhall seat.

They are Mike Green, Nick Love and Derek Waudby

A full list of candidates for the York Council elections on May 7th is now available from the LibDem web site. 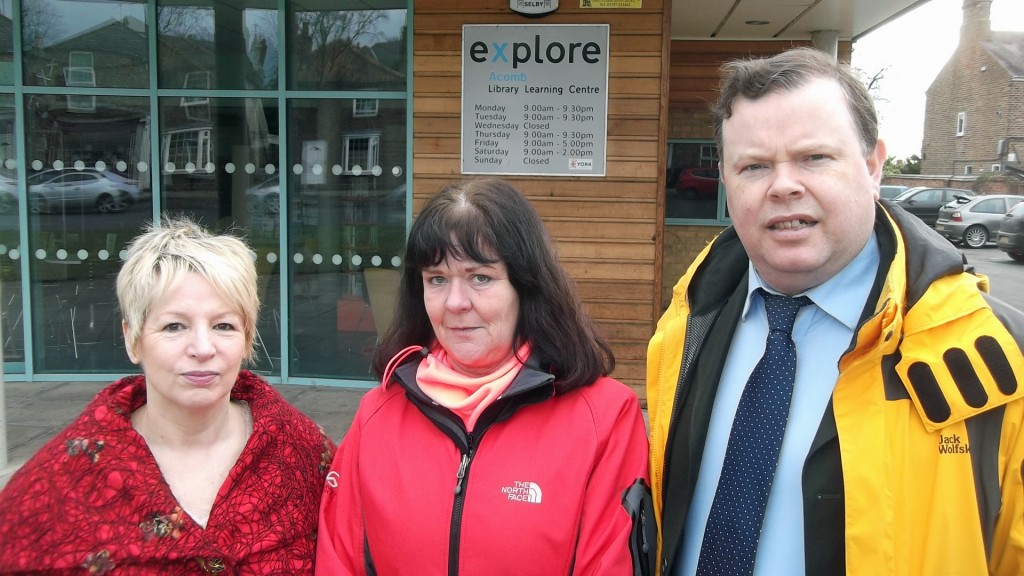 Wherever possible, local ward branches have selected candidates who live in or near the neighbourhoods that they seek to represent.

The other parties have also announced most of their candidates and it looks like around 200 – a record number – will be contesting the elections which take place on the same day as the parliamentary poll.

Policy manifestos are expected to be published in early April

The current make up of the Council is