Labour have revealed that 2 new Gypsy (Traveller) sites will be established during the next 5 years on land described by the Council as being located between the A1237 (Moor Lane) and the  Rufforth (B1224).

There will be a total of 30 pitches at the sites.

These sites were not subject to consultation last year and  seem to have appeared out of the blue.

Copies of the new Plan can be downloaded by clicking here

Labour have revealed a “new” Local Plan which commits them to building around 1000 home s per year on average during the next 15 years.

A higher rate is planned of the next 6 years

This means that the size of the City will increase by over 20% during the period up to 2030.

With home occupancy at over 2 persons per dwelling, this generates a demand for around 500 additional homes each year.

The others will be occupied by inward migrants.

“In order to continue maximising the delivery of housing, new targets have been proposed in the plan to a minimum of 996 homes per annum over the Local Plan period. For the first six years sufficient land will be earmarked to build 1,170 homes per annum, delivering 16,980 over the life time of the plan, to accommodate a population growth of around 40,000 people over the next 15-years

The previous target was 1090 – 1250 new and affordable homes per year up to 2030. Amendments to the portfolio of sites reflect up to date evidence base work. Approach to density is National Planning Policy framework (NPPF) compliant”.

The City of York Council says it is encouraging residents to “share their thoughts on the future of the Burton Stone Community Centre at a drop-in event on Monday 22 September“.

York’s community centres are losing their Council financial support so local residents in Clifton can expect some disappointing news.
END_OF_DOCUMENT_TOKEN_TO_BE_REPLACED

York businesses are being invited to a free drop-in event where they can find out more about the city’s digital future on Wednesday 24 September.

END_OF_DOCUMENT_TOKEN_TO_BE_REPLACED

The 36-year-old Yorkshire cyclist, who won the 2013 National Circuit Race Championships in York, will return to the city on Sunday, only this time he won’t be racing. Russell will be lining up with thousands of local residents and visitors to participate in Sky Ride York big bike event on Sunday 14 September.
END_OF_DOCUMENT_TOKEN_TO_BE_REPLACED

The procurement process to appoint a new provider for York’s sexual health service has now moved into its next phase City of York Council has announced today.

END_OF_DOCUMENT_TOKEN_TO_BE_REPLACED

While this summer’s book The Orpheus Descent by York author Tom Harper delves into the myths of Greek classical history, this dining event explores York’s Roman history. The one-off talk and dinner will be held at the National Trust Treasurer’s House near a rich seam of Roman remains including the nearby former baths and gymnasium.
END_OF_DOCUMENT_TOKEN_TO_BE_REPLACED 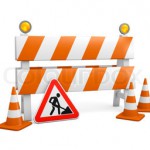 For the second night running, resurfacing works near Walmgate Bar have extended beyond the 11:00pm deadline.

Local residents have complained that they had been given no notice of the changes to working hours which were announced 2 weeks ago.

Earlier in the week a fractured water main was blamed for congestion but the Council have yet to explain the cause of the latest delays.

The Council originally said that works would be restricted to the period between the hours of 6.30pm and 11.00pm.

The works are scheduled to be finished by 19th September.