Developers have submitted their final proposals for building on the remaining plot on Hungate.

The latest planning application would see an increase in the number of flats proposed from 169 to 226. No on-site parking will be provided. There will be some ground floor retail units.

The announcement comes hard on the heels of a planning application which would see 211 apartments constructed on Rougier Street.

While a lot of people will be pleased to see the Hungate  development – which started over  10 years ago – completed, there will be some scepticism about the number of apartments being provided on a relatively small site.

The lockdown restrictions have highlighted the need for access to safe open space. Unfortunately land values – established during a very different economic climate – make the provision of the alternative to flats –  terraced homes with private gardens – financially challenging.

This may be why the City center’s worst eyesore continues to lie empty and abused.

The site at the junction of Barbican Road and Paragon Street has been derelict for more than a decade. Originally intended for use as a student block, it has failed to attract serious developer interest.

Now it provides an embarrassing backdrop to the historic City Walls.

Directly opposite – on the other side of the Walls – is the Willow House  former elderly persons home which has been unused for over 4 years. The Council has still not responded to calls for the building to be used as temporary accommodation for the homeless.

The York Council itself is planning to build hundreds of apartments on the York Central site as well as at Castle Mills.

The next year will tell us how many people want to occupy small flats in high density city centre developments.

Last year the Council agreed to provide external lockers for the flats on Cornlands Road. The flats have limited internal storage and the lockers would provide an opportunity to safely leave bicycles etc.

Initially it had been expected that the lockers would be located to the side or rear of the properties.

Hard-standing has now been provided to the front of the flats but it remains unclear when the lockers will be fitted. 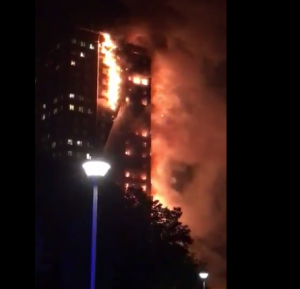 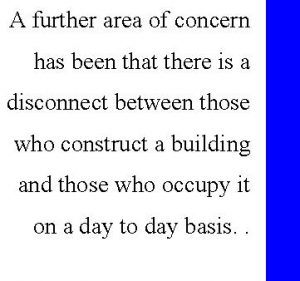 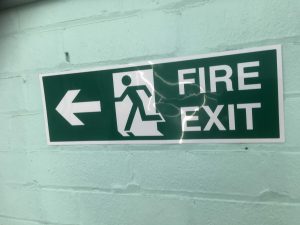 The backlog in undertaking fire risk assessments, in blocks of Council flats in York, is to be addressed with a £100,000 injection of funding.

Immediately after the Grenfell Tower fire in London it was revealed that 322, potentially vulnerable, properties had not been checked recently for fire risks.

The risk assessments are due to be undertaken every 3 years (1 year at hostel/sheltered accommodation) in the City’s 592 properties.

As part of a review, 70 properties were newly identified as needing an assessment.  It appears that the Council had not previously recognised that these buildings had communal areas.

The Council now aims to complete the outstanding assessments by February 2018. Contractors will be employed to undertake the work.

The Council says that it has already installed hard wired smoke alarms at 5000 of its 7700 properties. The rest will be upgraded during the “tenant s choice” modernisation programme. In the meantime, tenants will be offered lithium (10 year) battery operated detectors in their properties as an interim measure.

Regular inspections are taking place aimed at removing any obstacles to fire exit routes in the communal areas of flats.

York has no Council owned blocks which are over 18 metres high.

A copy of the Council report can be read by clicking here The report makes no mention of the situation at privately owned blocks of flats in the City. 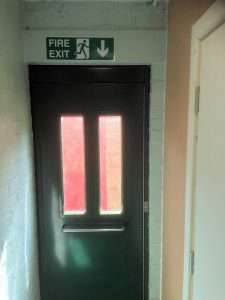 The York Council has finally said that it will respond to some of the concerns raised following our audit of fire safety last weekend.  It has still not confirmed that it has abandoned its plan to move housing management to an “arms length company – of the type that was complicit in the Grenfell Tower disaster.

It has issued the following statement.

“Following the terrible fire at Grenfell Tower, City of York Council is writing to its tenants and leaseholders living in its blocks of council homes.

The letter explains that the council has no high rise blocks – these are classified as having six or more storeys – and that none of its homes have aluminium composite material (ACM) type cladding which was used at Grenfell Towers. Also, the letter confirms that the council has an ongoing, rolling programme of fire risk assessments in place for all the council’s blocks with communal areas, including sheltered housing, hostels and older person’s accommodation.

The council installs hard-wired smoke detectors in tenants’ homes as part of the rolling Tenants’ Choice modernisation programme, and its gas engineers test detectors when they carry out annual gas service visits.

All sheltered housing schemes, older persons housing and hostels have communal fire alarm systems, and all vulnerable people living in them have personal emergency evacuation plans.

The letter recognises that there is always room for improvement, and that the council is currently developing a new fire safety policy for its housing stock which will reflect the most up-to-date fire safety practice.

As part of this policy work, the council will be reviewing how its existing fire safety procedures are managed across its housing stock. Any areas for development which are found will be dealt with urgently through an improvement plan. This will be overseen by Mary Weastell, the council’s chief executive and will be shared in more detail with all tenants when complete”.
END_OF_DOCUMENT_TOKEN_TO_BE_REPLACED 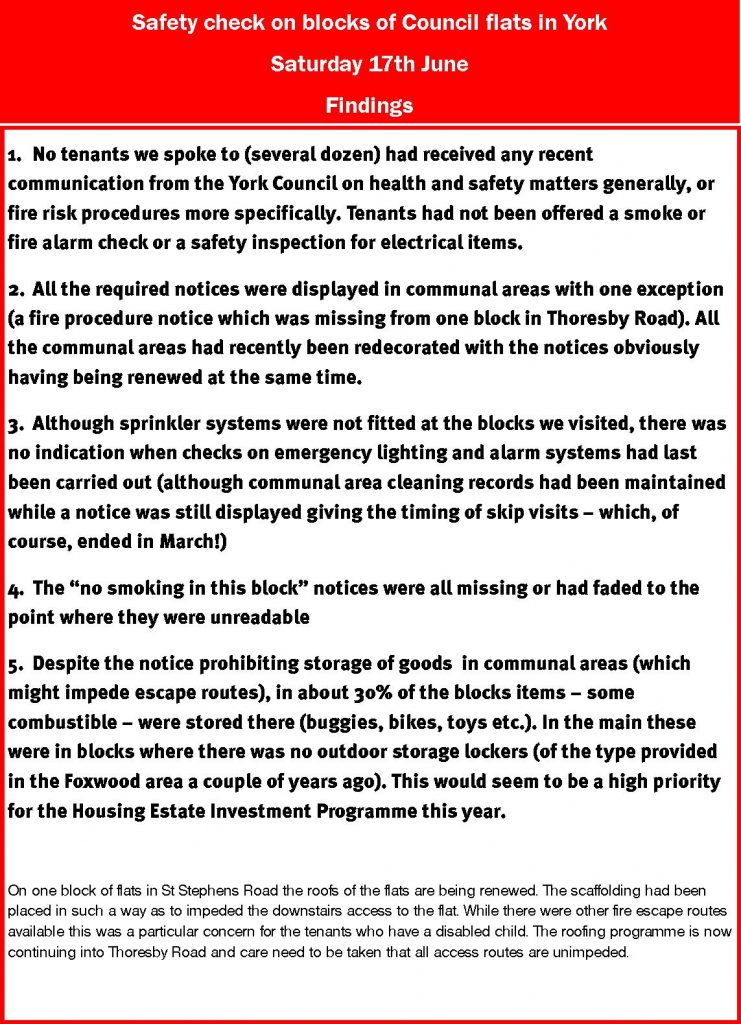 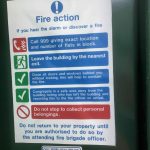 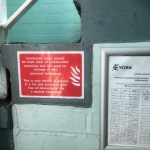 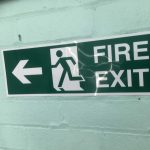 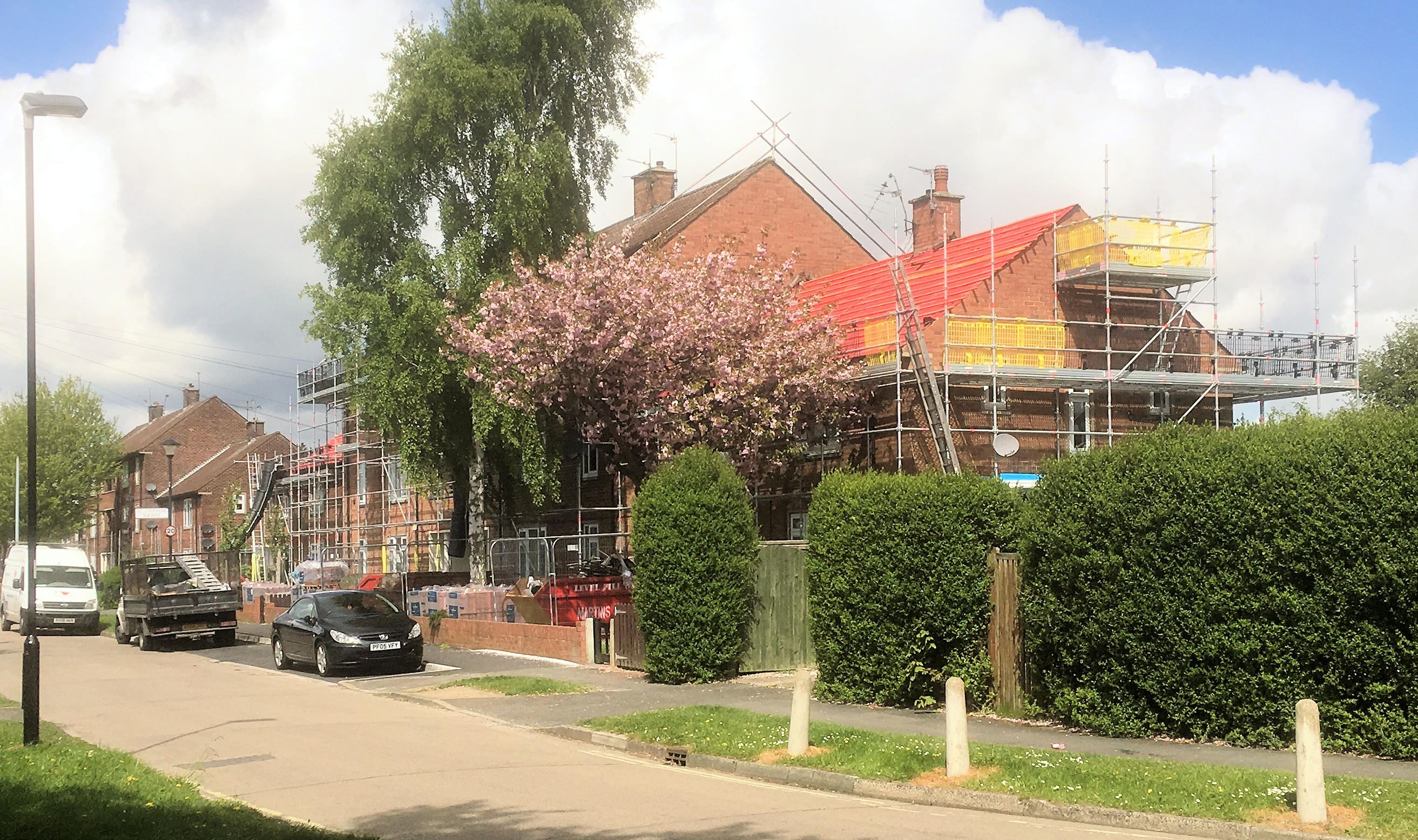 The Council re-roofing contractors are making good progress on the blocks of flats in St Stephens Road area.The blocks in that road are scheduled to be completed by the end of June.

The programme will then  move into Thoresby Road and The Reeves with work there scheduled to finish at the end of July.

The programme will then move on to High Moor Road, Wains Road, Thanet Road and Dringfield Close before moving on towards the City centre. The programme is scheduled to be completed by the end of November.

There have been several announcements about investment in the York City centre over the last few weeks.

Details of a new hotel in Hungate have been released while most of the troubled Stonebow building will become residential with commercial and leisure at street level.

In Piccadilly, the old NCP car park site may be turned into a hotel and flats.  Nearby, Ryedale House is set to become apartments.

The Council has rejected interest in building a hotel on the former Reynard’s garage site, controversially preferring a medium term retail option involving the use of  shipping containers! This has prompted renewed calls for a planning blueprint for the area to be agreed quickly, followed by comprehensive redevelopment work.

It’s not difficult to see why retail is being squeezed in the City centre. 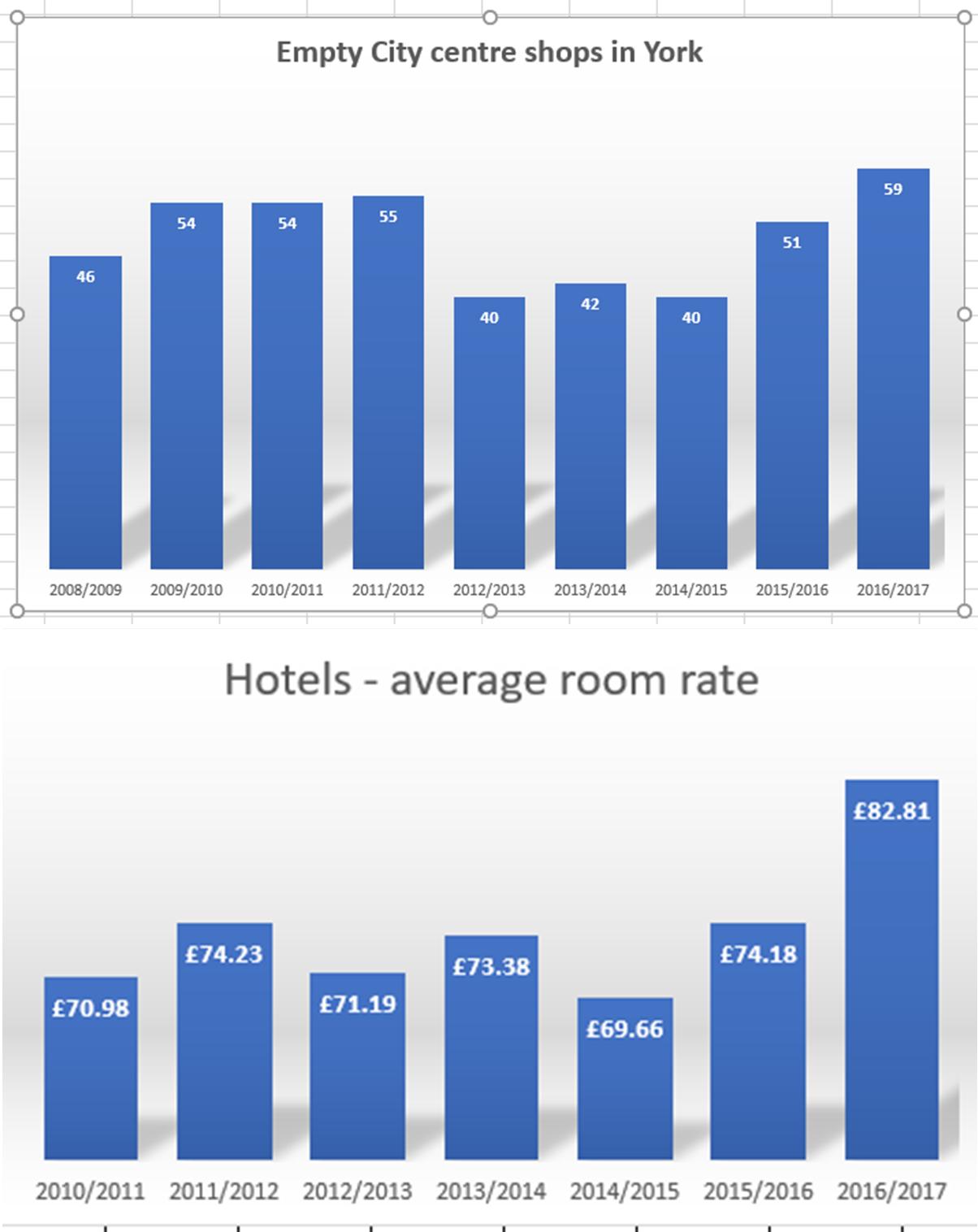 There are a record number of empty shops in the City with (potential) shopper numbers declining. This can be contrasted with hotel bedroom charges (and occupancy levels) which are at record highs.

A new 2 Bed flat conversion in Goodramgate is currently advertised for £315,000.

We expect to see more commercial premises including shops being converted into homes.