Both concerned details of the current development taking place at Lowfield.

The second application additionally extended the permitted hours of working to include Saturday afternoons.

The first application (originally submitted in 2019) was withdrawn on Tuesday.

On Wednesday the new application was approved by officials using delegated powers.

The applications had been described as “non material amendments”. Given that the applicant, and the planning authority, were both the York Council, this give rise to claims of unfairness.

It is unlikely that affected neighbours understood what was going on behind closed doors.

Apart from the Saturday working proposal, the biggest concern relates to the the boundary fencing arrangement. Most residents had originally expected that the existing railings – which are in good condition and date from the time that the site was a school – would be retained.

The Council then proposed to remove the railings and substitute a close boarded fence.

Many neighbours feared that the removal of the railings would damage their adjacent gardens.

The latest plan involves the retention of the railings with a close boarded fence also being erected on the development side.

Double (or triple) fencing has not been a success elsewhere.

Close boarded fences are an obstacle for wildlife.

They also squander the opportunity to use natural hedging which has environmental benefits.

The double fencing idea is, of course, also more expensive. Those facing a £295,000 bill for a three bedroomed semi might well have preferred the option to have a discount (and a boundary hedge).

Sadly this is another example of poor public relations on a controversial development which is now hopelessly behind schedule.

The damage to roads and verges in the existing Lowfield area is appalling while the noise nuisance now seem likely to extend into more of the weekend.

The issues are known to local Councillors.

The Lowfields Facebook page can be accessed by clicking here

……..But footpaths in Walton Place now vying for “worst in City” award 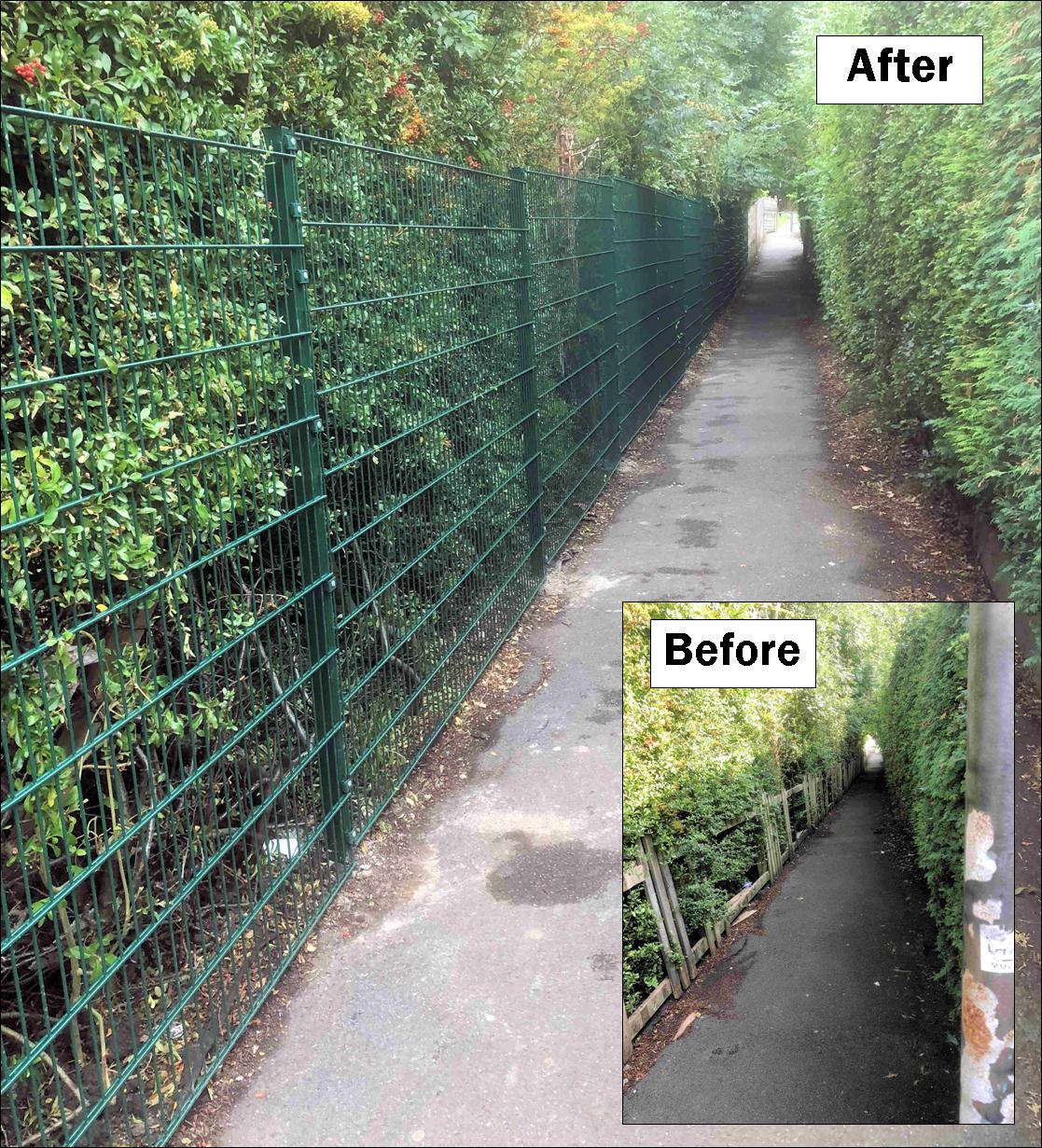 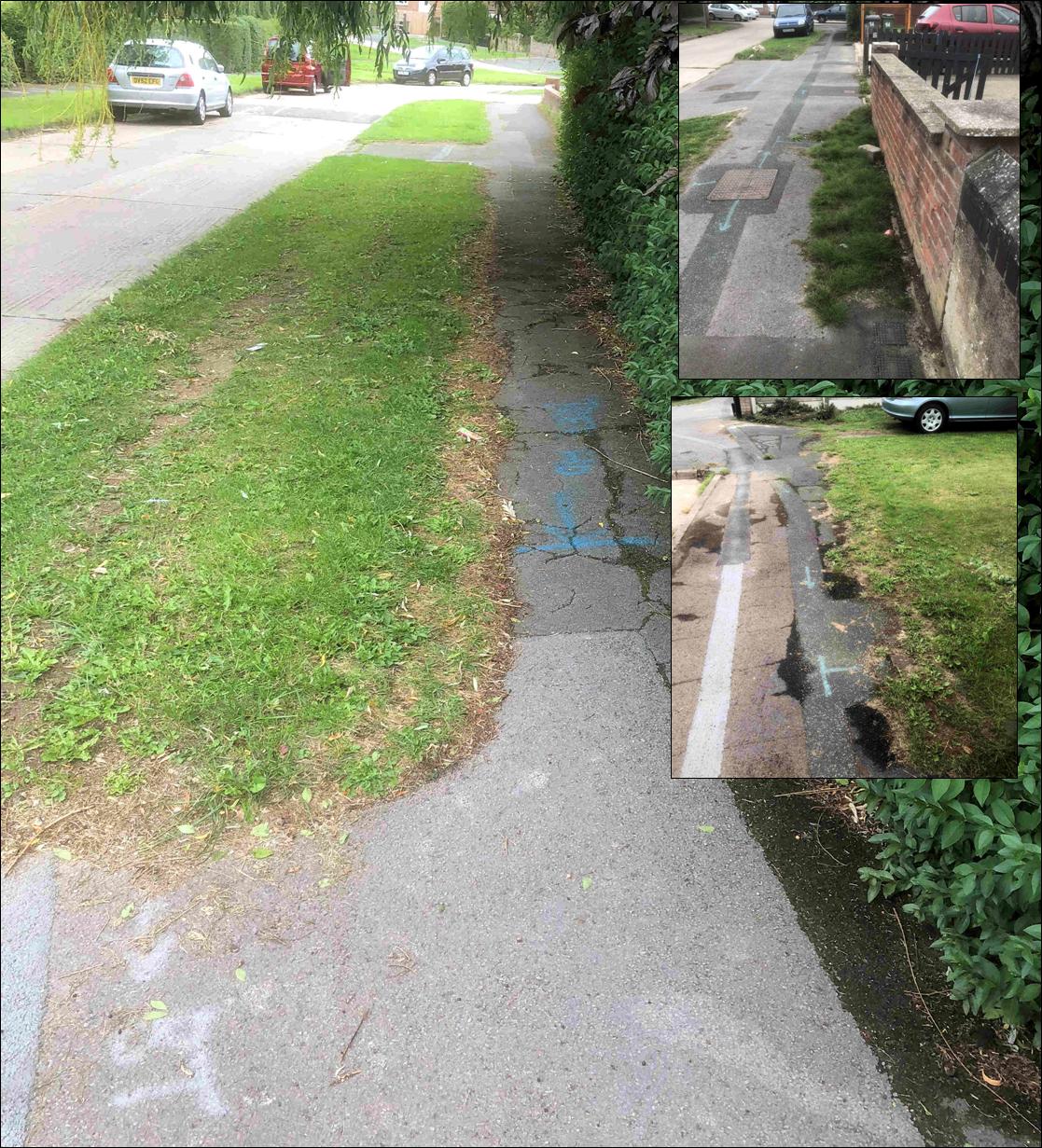 ….but footpaths in Walton Pace are uneven, covered in weed growth and obstructed by verges which need edging