The Council has updated its record of the number of issues raised by Councillors. The figures were supplied promptly this year in response to a Freedom of Information request.

Councillors interpretation of their role – and residents expectations – tend to vary. Those Councillors who regularly conduct door to door surveys and who routinely  “walk their wards” reporting public service issues tend to record the highest number of complaints.

Councillors have other responsibilities such as attending meetings. Details of attendance rates – which generally tend to be high  in York – can be found on the Councils web site (click)

Council elections are scheduled to take place in May 2019 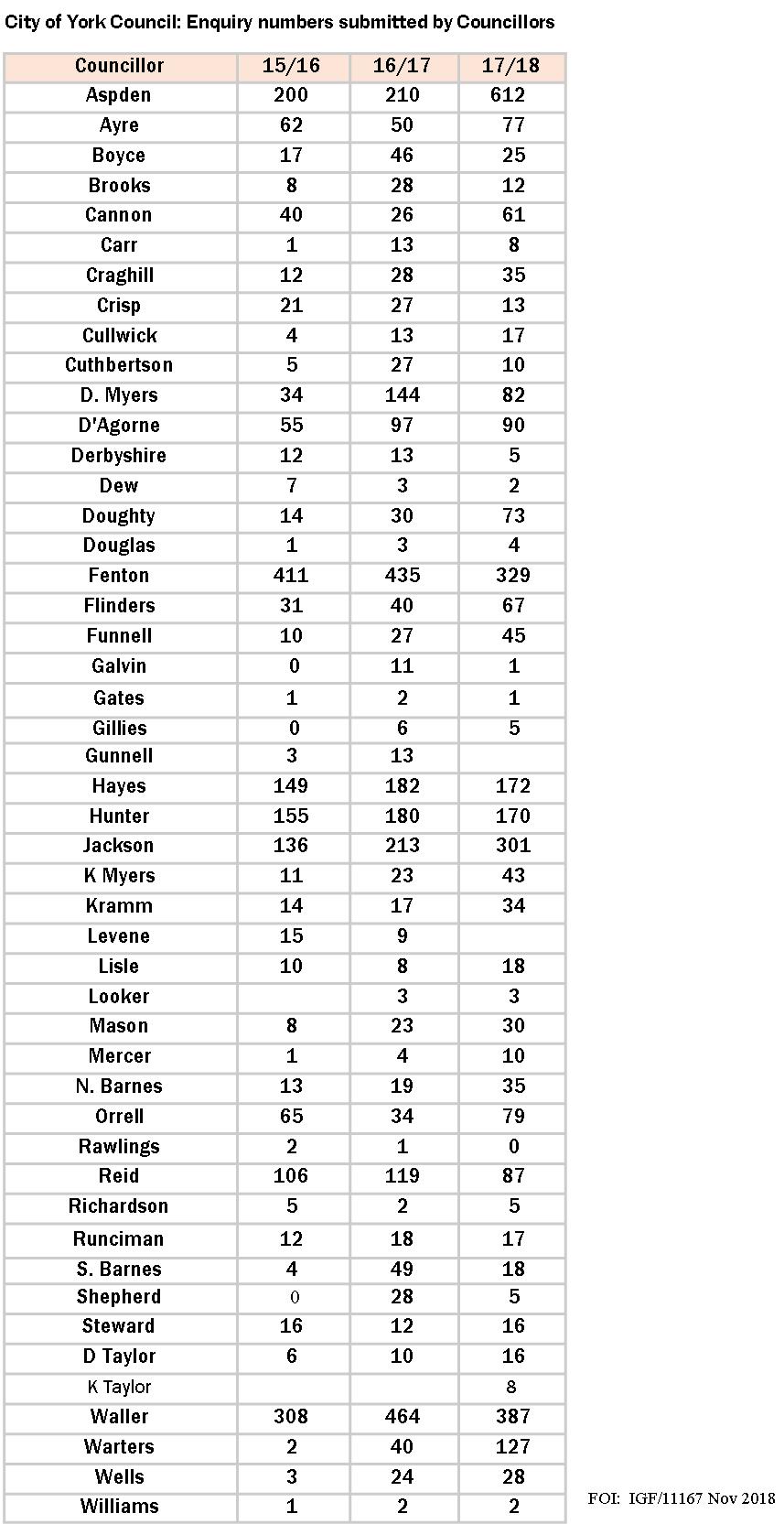 Yes, making oneself accessible is important.

So how well do the present Holgate Labour councillors present themselves?

Many residents, wanting to contact their local Councillor, will turn to the Councils web pages. 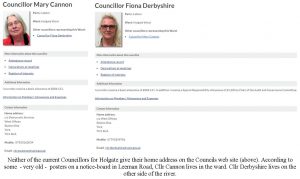 Looking for the three Holgate Councillors, they may become confused. They all give their addresses as the Councils “West Offices”. So, if you want to drop a note through their letterbox, about a local issue, you will be disappointed.

Labour claim their new candidate – student leader Kallum Taylor – “lives in the Holgate Ward”. They pointedly fail to say where, or for how long he has been there. No doubt time will reveal all.

There has been no publicity about any Councillors surgeries or advice centres in Holgate, so we must assume that they are things of the past.

But perhaps representatives are so active, they anticipate issues and report them before they become problems for residents. 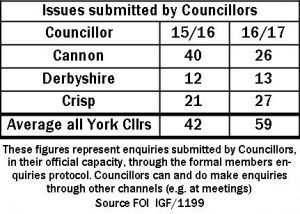 Well a good Councillor will indeed “walk the ward” each week and report issues to the Council.

We know how many issues each Councillor reported, in each of the first two years of the current York Council, following a response to a “Freedom of Information” request.

All the present Holgate Councillors appear to be less active than their counterparts elsewhere.

It seems that the number of issues raised by Councillors generally is reducing compared to 10 years ago when Councillors were, on average, highlighting over 200 issues per Councillor per year. This may be because standards are higher and therefore issues fewer? We doubt that.

So, what about attendance at Council Committees?

The Council publishes its own stats on meeting attendance records

Better news here, for one of the existing Holgate Councillors. Mary Cannon has a 100% attendance record at meetings. Unfortunately, she is let down by the other two Councillors who are well below the York Councillor average

So, its looks like the present Councillor team in Holgate are not as effective as they should be.

We’ll look later this week at how the by election candidates shape up. Hopefully there will be at least one local resident among them with an established  track record in working for the Holgate community.

We will see next week.

Readers will recall that a few weeks ago we published a list of inquiries that York Councillors had recorded with the City of York Council.

The list (left) indicated how many inquiries individual Councillors had recorded during the 2015/16 year.

We submitted an Freedom of Information request asking for the up to date figures for the 2016/17 year.

The Council has now responded saying,

“This information is exempt under section 44 of the FOIA because it is considered that due to the forthcoming general election, it could affect public support for a particular party.

Should you wish to submit a new request for this information following the election, the council would be happy to consider this”.

Given that none of the York Councillors are candidates in the General Election we do wonder how voting intentions might be influenced by the publication of a factual list?

Perhaps the electors in the Hull Road and Micklegate Council by elections deserve to know how hard they might expect their new Councillors to work for them?