The York Civic Trust was reported in the media today as backing a “go slow” by cyclists in the City centre. They were apparently highlighting the need to remove cars from roads to allow for safer cycling.

Any such plans need to be subject to detailed consultation. The Civic Trust could make a start by re-engaging with its own members.

We have already seen on half baked scheme – on Bishopthorpe Road – impact adversely on both shoppers and traders. Nearby roads became clogged at peak times increasing pollution levels.

A similar situation arose at Marygate car park where 40 spaces are currently coned off to provide a (largely unused) route for cyclists. Many cyclists choose to use the internal service road. Meanwhile pressure on parking spaces means shoppers are discouraged and prosperity in the City centre is put under more pressure.

If cyclists – with or without the support of the Civic Trust which really should have other concerns – choose to “go slow” then they will only be replicating life of many riders who try to use existing, suburban, off road cycle paths.

Too many of these are obstructed by hedges and weeds. Surfaces are damaged, signage faded and lines obscured by age. There are no regular maintenance inspections. Even local Councillors seem unaware of the problems or are indifferent to them.

If the Council has funding available then that is where they should make the first investments.

We were unable to collect household waste from Railway View and Moor Grove in Dringhouses due to blocked access.

We were unable to collect recycling waste from areas of Fulford and Hull Road due to vehicle breakdowns.

We’ll attempt to collect all this waste on Tuesday 9 June. Please present your containers for collection by 7.00am.

We’ve been unable to collect garden waste from areas of Fulford, Naburn, Hull Road and Bishopthorpe.

We’ll attempt to collect missed garden waste from Bishopthorpe on Tuesday 9 June, and the rest on the evening of Monday 8 June, but may not be able to revisit until later in the week. Please leave your green bin out and we’ll get to you as soon as we can. 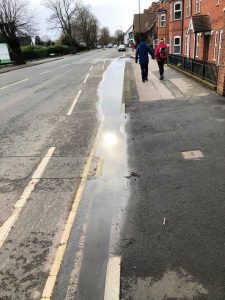 Tadcaster Road will be resurfaced

Somewhat later this year, the York Council has published its highways maintenance programme. The list reveals that the Council has cut its repairs budget by £100,000 compared to last year.

In total the Council will invest £12.3 million this year.

Most of the budget has been allocated to structural maintenance works.

The report gives no details of how the £500,000 repairs budget, delegated to wards last year,  is being spent. 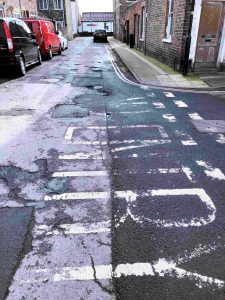 School Street misses out on the resurfacing list again

The programme is likely to disappoint some residents. They may have hoped that the new Council would get to grips with the, now huge, backlog in highway resurfacing work needed in the City.

But it seems that many residential roads and paths will not get the attention that they need.

In the Westfield ward only two streets will be resurfaced. A second section of Gale Lane will  be resurfaced as will the roundabout at the junction of Askham Lane and Ridgeway.

Badly worn footpaths like this on the odd numbered side of Askham Lane, in Walton Place, on Ridgeway, and on Otterwood Lane, together with the carriageways on Foxwood Lane and School Street, don’t get a mention. 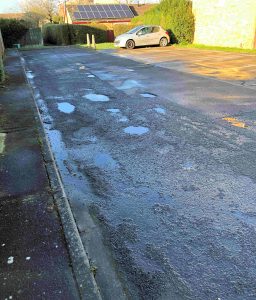 Another hazardous road that didn’t make the cut

There is better news in Dringhouses with a large £1/2 million allocation is included for the resurfacing of Tadcaster Road while several streets in Woodthorpe* will be repaired. Work has already started on resurfacing part of Moor Lane.

The budget allocation predated the current health crisis. Like most of the Council’s expenditure commitments it is likely to be subject to review in the light of falling revenues.

Paradoxically, the current crisis has served to re-emphasise the importance of keeping basic highway surfaces in a condition which does not pose a threat to the safety of vulnerable users like pedestrians and cyclists.

We will be pressing for the details of the “ward resurfacing programme” to be released for scrutiny. 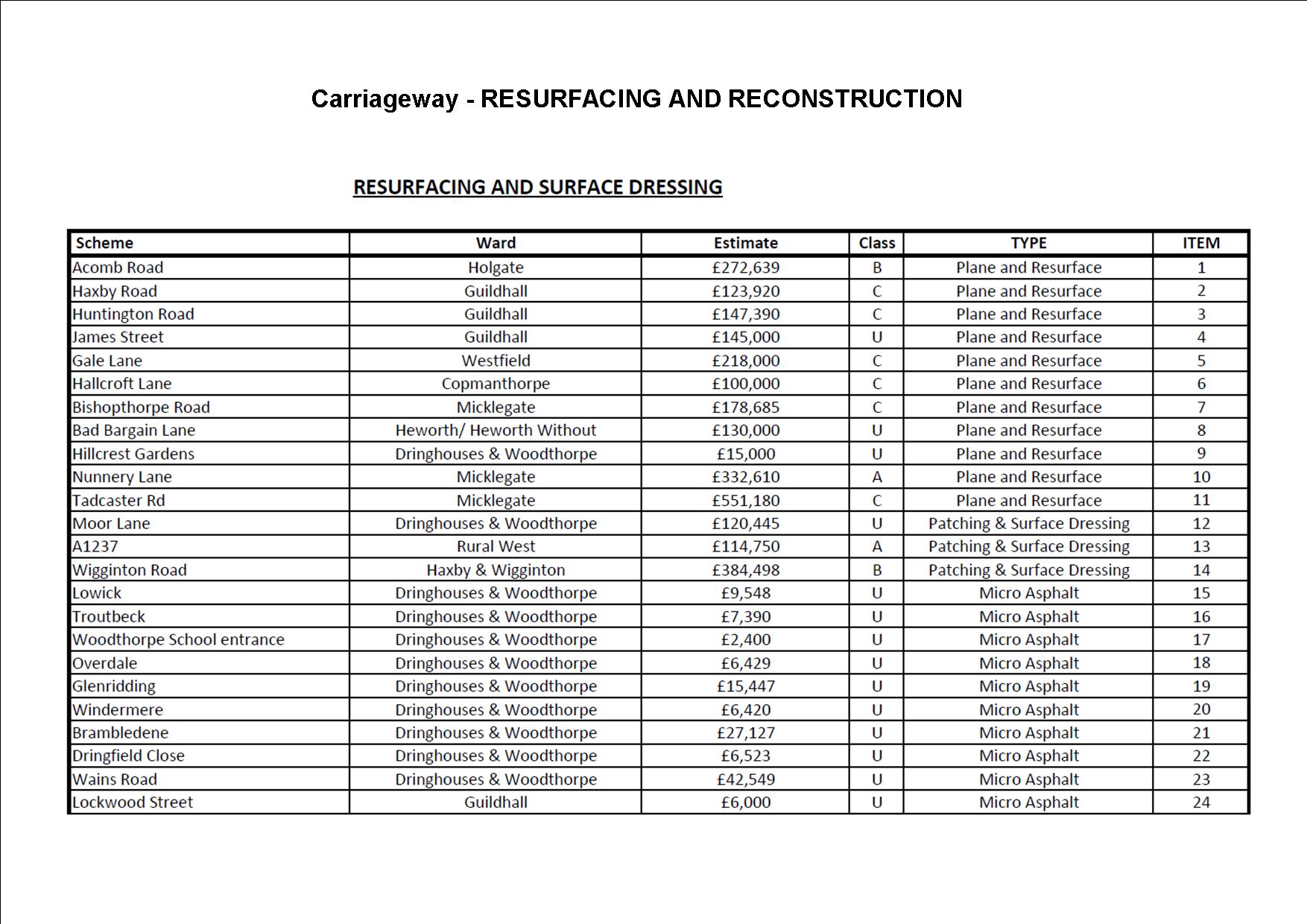 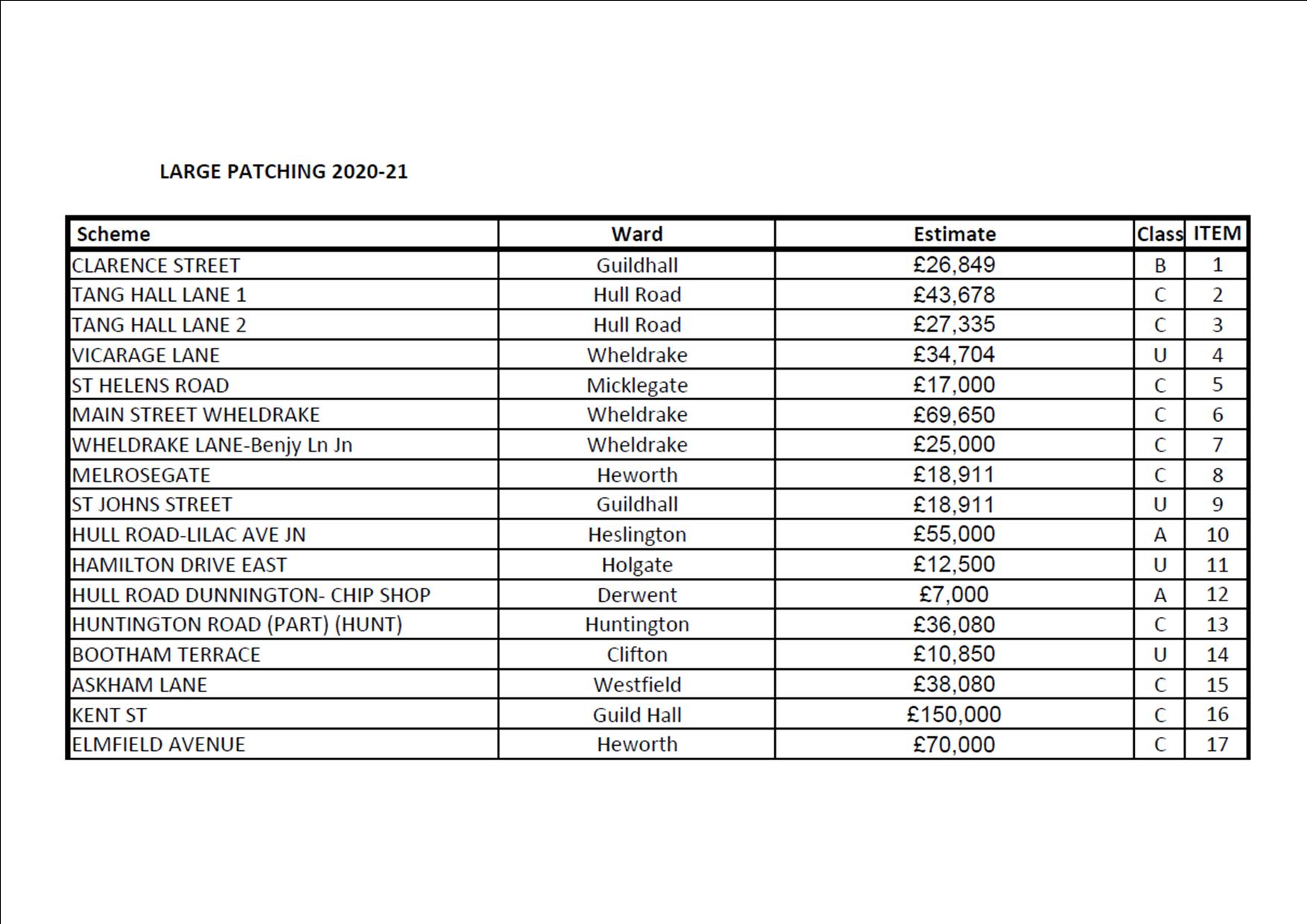 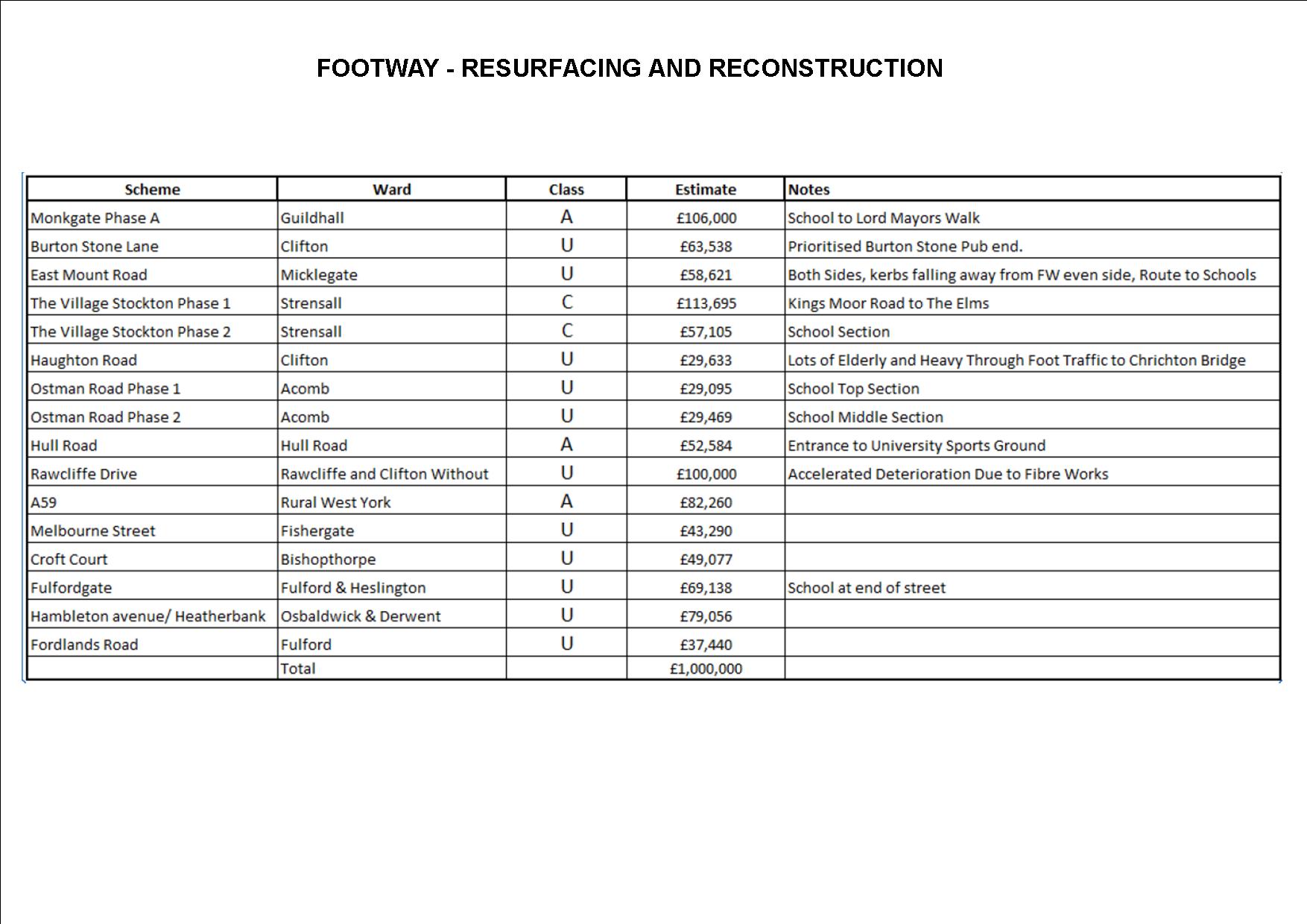 A few days ago, Labour issued a statement condemning the City of York Council for agreeing to sell off Bootham Park Hospital. Only problem was that the Council had never owned the hospital site. Decisions about its future rest with NHS property, a central government agency. 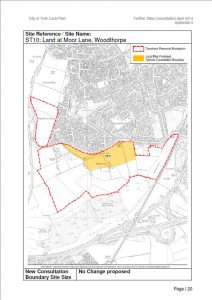 Now Labour candidates in Dringhouses and Woodthorpe are trying to blame the local coalition for the proposal to build near to Askham Bog on Moor Lane.

It appears that the candidates – who in fairness appear to have little local experience – do not realise that it was a Labour controlled Council that first identified the site for development when they published their version of the Local Plan in 2014 (it is still available to be read “on line”).

The previous version of the Plan, agreed by the outgoing LibDem led council in 2011, had retained the site in the Green Belt.

An incoming Labour administration adopted a “Big City” approach to development and earmarked large areas of Green Belt for development. They wanted to grow the size of the City by 25%. This included building on the land at Moor Lane.

Later the plan was jettisoned when Labour lost control of the Council following a by election in the autumn of 2014. 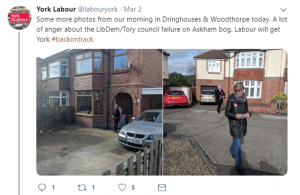 The latest version of the Local Plan – backed by the ruling LibDem/Tory coalition – protects the Moor Lane site from building.

Not withstanding this, developers are still trying to use the 2014 draft Local Plan as leverage to get planning permission for the site before the final revised  Plan is implemented  by central government.

It takes a particularly thick brass neck to accuse your opponents of responsibility for a mistake that your own side made.

NB. Labour have published their 2019 local election manifesto. In it they promise to build hundreds of new houses each year many of which will be in new “villages” on the outskirts of the City. The new “villages” will be located on what is now Green Belt land.