The Council has today agreed to impose a 40 mph speed limit on Wetherby Road (and Bland Lane) between the A1237 and the built up area. Signage is also to be improved.

It is hoped that the buffer zone will encourage drivers to slow down before they reach the 30 mph limit. A similar buffer zone on Askham Lane has not proved to be very successful

We have doubts about this plan which will do nothing to control the speed of vehicles leaving the City. An occasional visit by the speed camera van would be more effective as a deterrent.

However the re-election of the old crime commissioner recently means that speed enforcement will continue to be focused on villages and trunk roads. The later produce the bulk of the nearly £1 million income that the North Yorkshire police derive from the camera vans. 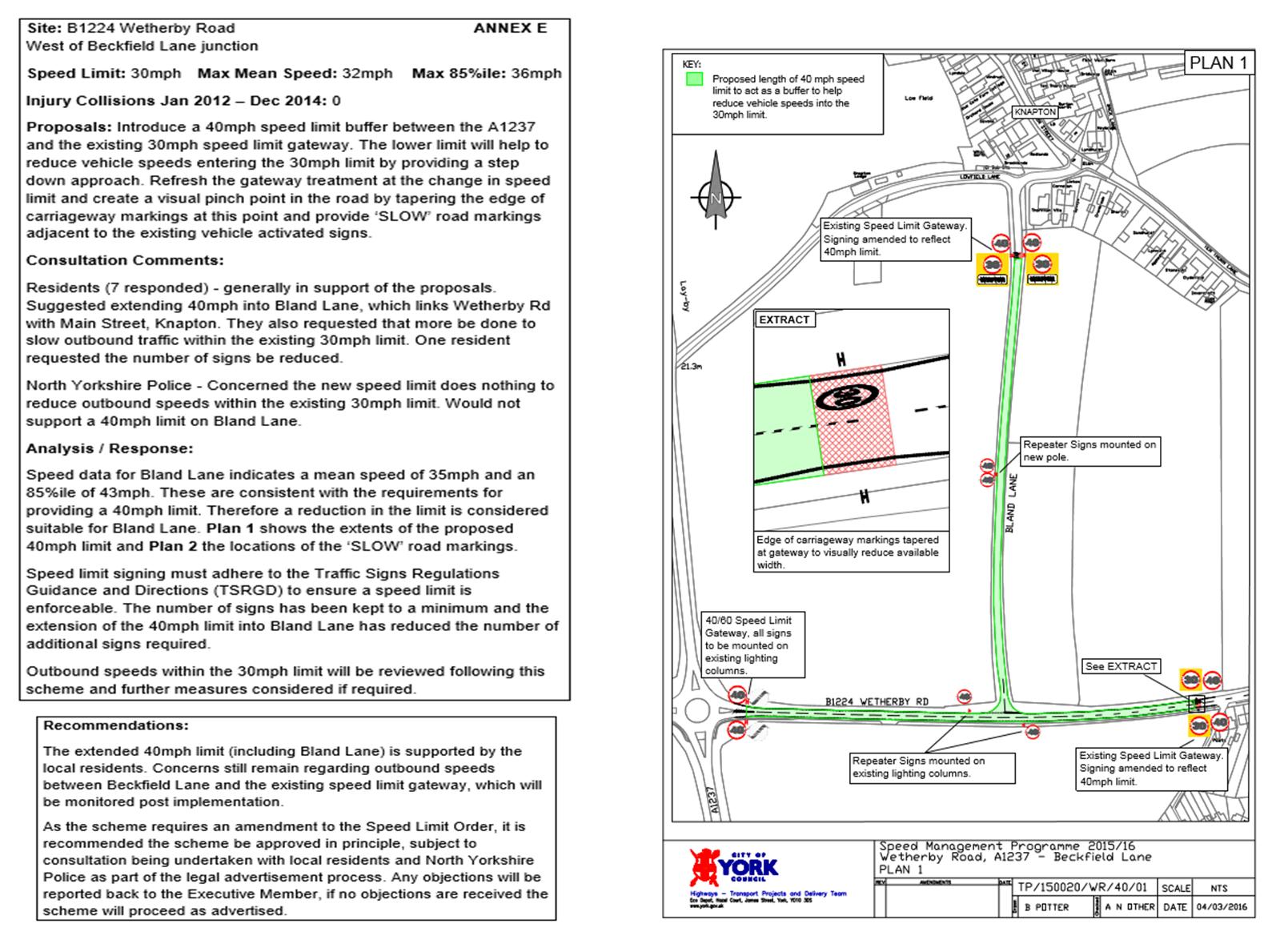