York Police to clamp down on cyclists without lights 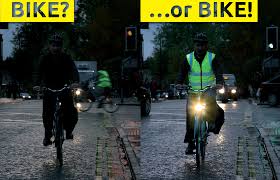 City of York Council and North Yorkshire Police have joined forces to relaunch a successful scheme aimed at keeping cyclists safe this winter.

As the nights draw in, officers will be targeting cyclists in York who cause a danger to themselves and others by cycling without lights during hours of darkness in the morning and evening.

City of York Council has funded high-visibility rucksack covers and small sets of emergency cycle lights, which will be offered to cyclists who are stopped by North Yorkshire Police.

Not everyone stopped by officers will be entitled to the lights – they will be handed to young people and other vulnerable people who would otherwise have to walk home if they were forced to continue their journey without lights. Officers will continue to issue tickets for cycling offences if necessary.

Inspector Lee Pointon, of York Police, said: “This scheme gives us the opportunity to make a direct and positive effect on the safety of people in the city, particularly cyclists and other road users.

“Thanks to this campaign, cyclists can be educated and sent on their way, not just with a ticket or fine, but also with the means to get home safely without causing danger to themselves or others.”

City of York Council Executive Member for Transport and Planning, Cllr Ian Gillies, said: “As the clocks go back, we still see cyclists caught out by the dark mornings and evenings. This joint initiative is running for its second year and is a real positive move to educate cyclists. I urge all those who do cycle to forward plan and ensure they have working lights that they check regularly and bright clothing.”

The campaign ran for the first time last year, and was well-received by cyclists and parents of young people who received the lights and reflective covers. 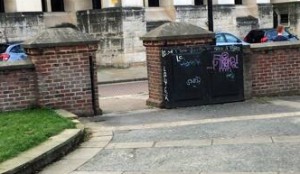 All the flood gates have been closed as a precaution today 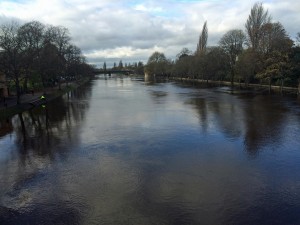 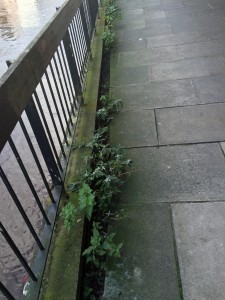 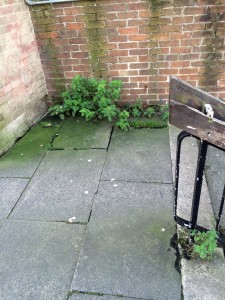 and some graffiti blights also blights the Riverside Walk 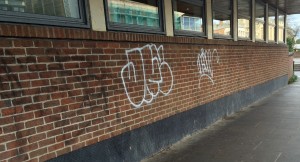 and a final bit of good news, the Council has agreed to repaint the cycle barriers on the Teal Drive to Carrfield snicket 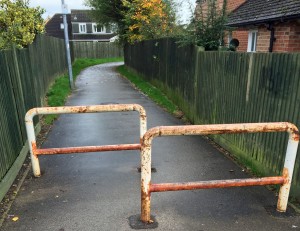 No sooner had the agenda for Thursday’s meeting, which will discuss changes to the access arrangements in the City centre, been published than concerns were raised about linked issues. 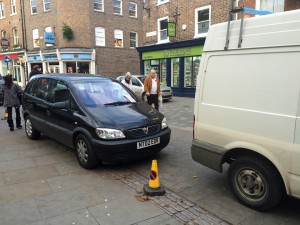 In the main concerns related to the volume of traffic illicitly accessing roads through the area. Most noticeably the Monk Bar, Goodramgate, Kings Square route which seems to be widely misused.

The situation has got worse since the repaving of Kings Square with the Council apparently deciding against reintroducing parking restrictions (in case the yellow paint spoiled the appearance of the new paving).

The result has often been chaotic. 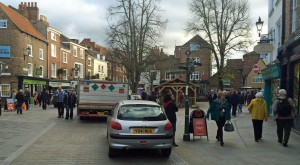 Today contractors seeking parking space before working on the new “Santas Grotto” found vehicles parked despite no parking cones having been put out.

At least one car had received a ticket but others had not.

Clearly sorting out this mess needs to take priority for the Councils limited resources.

One suggestion is that street furniture (e.g. seats) be located to stop parking although this would not stop vehicles parking on the Barnitts side of the square.

Yellow lines and regular enforcement  are probably the only solution

The Council’s Scrutiny management committee decided yesterday to ignore the concerns of residents who had signed petitions criticising the “Make it York” organisation.

They had been told by officials in a report that Make it York made decisions on “commercial” grounds; conveniently forgetting that the organisation is wholly owned by the Council itself. The matter has apparently been referred to another Leisure scrutiny committee for consideration.

The committee was told by MIY that there was no room on Parliament Street for a children’s attraction and claimed that this was because of pressure for “stall space”.

They conveniently forgot to mention that two “TiPi’s” are currently being erected on Parliament Street.

They will serve alcoholic refreshments.

It has also been confirmed that the supposedly independent “Make it York” shareholders group also failed, at the meeting that they held on 5th October, to consider either of the Quangos major PR blunders. MIY angered residents by deciding – without consultation – to remove the fountain from Parliament Street before then unilaterally deciding to ban the traditional Christmas carousel from its normal Parliament Street/St. Sampson’s Square locations.

The draft minutes of the meeting confirm that the concerns weren’t even discussed.

A housing officer will be attending to offer tenants advice  tomorrow, Wednesday morning, at the Foxwood Community Centre

But still no sign of a review of basic service standards

The agenda for the Councils environment committee has been published.

After last months revelation that virtually no performance management information is being gathered by the York Council on services as basic as overgrown footpaths, damaged play equipment, fly posting  and dog fouling, many would have expected that any so called “scrutiny committee” would  promptly  investigated the missing data. 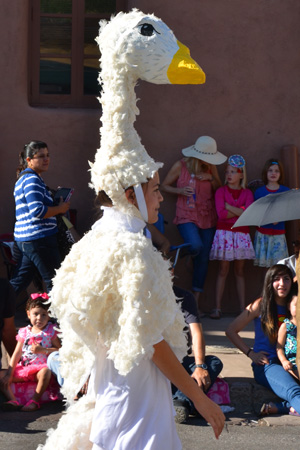 It seems not, as the committee continues to sail safely within its comfort zone.

So they will be:

As the horse bailiff doesn’t appear to have much work to do, is it possible he will be used to seize any stags, hens or geese found fly grazing around the City?

The meeting will also consider a report on restrictions in the use of advertising “A” boards.

This has been on the Councils agenda for 15 years or more, but it became a more prominent issue three years ago.  The Council is still trying to work out how an “A” board licensing system might be implemented. Progress is not expected until next year.

In the meantime the present free for all will continue.