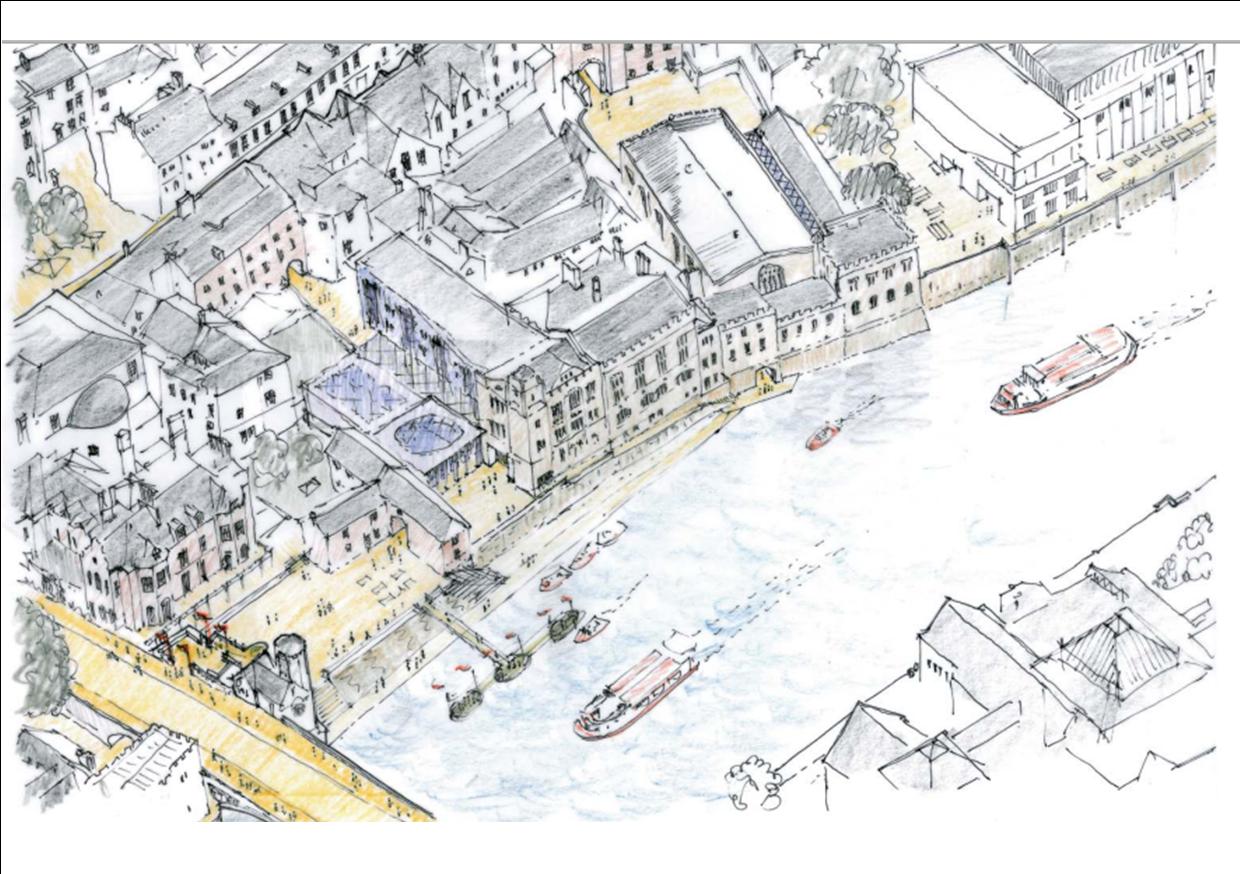 It appears that one of the first acts of the new coalition led Council was to submit (on 22nd May 2015) a Heritage Lottery Funding bid for the creation of a visitor attraction incorporating the Guildhall and Council Chamber together with Common Hall lane.

There was no consultation prior to the bid being submitted.

A previous application for funding had been turned down by HLF on the grounds that the project was too “commercial”.

Who authorised the new bid is unclear.

It is claimed that it would create a “heritage” destination attracting 30,000 visitors a year and would “tell the story of York”. In that respect it has echoes of the “York Story” exhibition which was available for public view in St Mary’s Castlegate until about 25 years ago. That project collapsed due to reducing visitor numbers. St Mary’s currently is operated by the York Museums Trust and stages a variety of exhibitions.

The bid talks in glowing terms of the digital media hub. “The planned digital media arts hub based within the heritage complex provide a remarkable symmetry”. This despite the £9.2 million expenditure on the media centre having been clearly rejected by electors only 3 weeks previously.

The bid document fails to include any kind of business plan for the “heritage attraction”. The impact on Council taxpayers is unclear. Ongoing revenue costs are likely to be high.

It is unlikely that the HLF would grant any funding without being confident that they project could be sustained.

Although worthy of further development, it is unlikely that any responsible member would formally commit to the project on the basis of the figures so far made public.

A draft revenue account income and expenditure forecast should be made available to the meeting.

A report on the future of the Guildhall site more generally is being considered by the Council’s Executive next week.

York Council officials still seem set on managing any re-use of the Guildhall “in house”. They do, however, now accept that the market should be tested on a range of alternative uses for the (non listed) parts of the site.  The types of use mentioned include offices, leisure (bars/restaurants) or residential.

Other uses, including retail or hotel uses seem to have been ruled out (wrongly) at this stage.

Councillors are asked to commit £1 million to the design team (from the now discredited “Economic Investment Fund”). In other words the Council is planning to borrow more money to spend on bureaucracy.

The history section of the report should refer to the decision of the pre 2011 Council to retain the (river front) offices for use by senior council officials. It was the decision to move lock, stock and barrel to West Offices which has exacerbated the current maintenance, cost and access issues.

There is a major issue with cost control.  Officials are assuming that no major change of strategy for the site will happen.

In reality risk needs to be moved from taxpayers to a developer (as was done successfully with West Offices).

The challenge for the Council’s new Leaders is to find a way through confusion and self interest and come up with a plan which both protects the built heritage of the City but is also flexible enough to encourage entrepreneurs to invest quickly in one of the prime sites in the City.

One thought on “Guildhall future – coalition under pressure?”