The Council is to introduce what they describe as a “new” policy on litter. Details click here 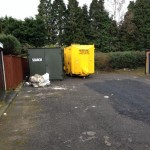 In reality most of the policy is little different from that which was implemented over a decade ago.

Mechanisation has increased the areas that can be swept – particularly in the City centre – but in sub-urban areas litter has been a growing problem since bins were removed a couple of years ago.

The “policy” makes no mention of dog fouling – again a problem that has been on the increase since the Dog Wardens were cut. More joint use litter/poop scoop bins are, however, promised.

The effective, and much missed, Street Environment Officers have now gone to be replaced by an,  improbably named, “Smarter York Officer”.

Once again the emphasis is on forcing residents to undertake work previously done by the Council. 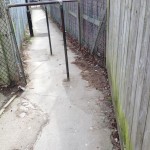 “Spring cleans” are promised but not in areas like the Cornlands estate where standards are now very poor.

The “cabinet” member taking decisions (the irredeemably inept “leftie” Levene) apparently hasn’t asked for any statistics to be included in the plan.

Residents will want to be sure that their taxes are being spent wisely.

They expect to see performance measures, clear targets and a real on the ground improvement plan.

Sadly   that is not part of the agenda for York’s Labour Council.