Most of the increase was due to younger people, aged between 18 and 3, moving into the City. They accounted for 1431 of the total.  This is unsurprising given the expansion in higher education that there has been in the City in recent years.

More significant may be the make-up of any change.

High growth predictions for the City have so far been based on a widening gap between the number of births and deaths in the City. Although that trend continues, the gap between the two has narrowed (1993 births against 1848 deaths last year). 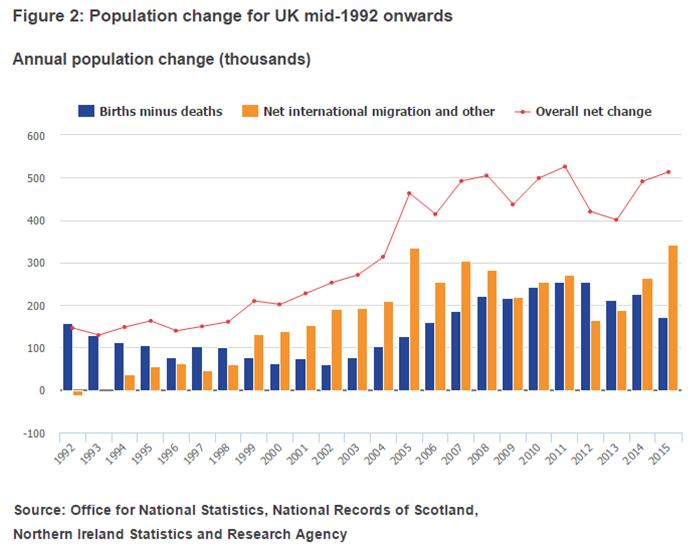 As the graph (left) shows this new trend towards lower birth rates is also reflected elsewhere in the UK.

There were 637 (net) migrants arriving in York from other parts of the UK.

The biggest growth component were migrants from other parts of the world (1,643 net). Many of these were students.

In some towns, including Harrogate and Scarborough, the population actually reduced last year

It would be wrong to read too much into a single year’s figures. But, with the additional uncertainties about the country’s capacity for economic growth in the wake of the EU referendum result, the York Council might be wise to take a more cautious view about expansion than is currently displayed in its draft Local Plan. 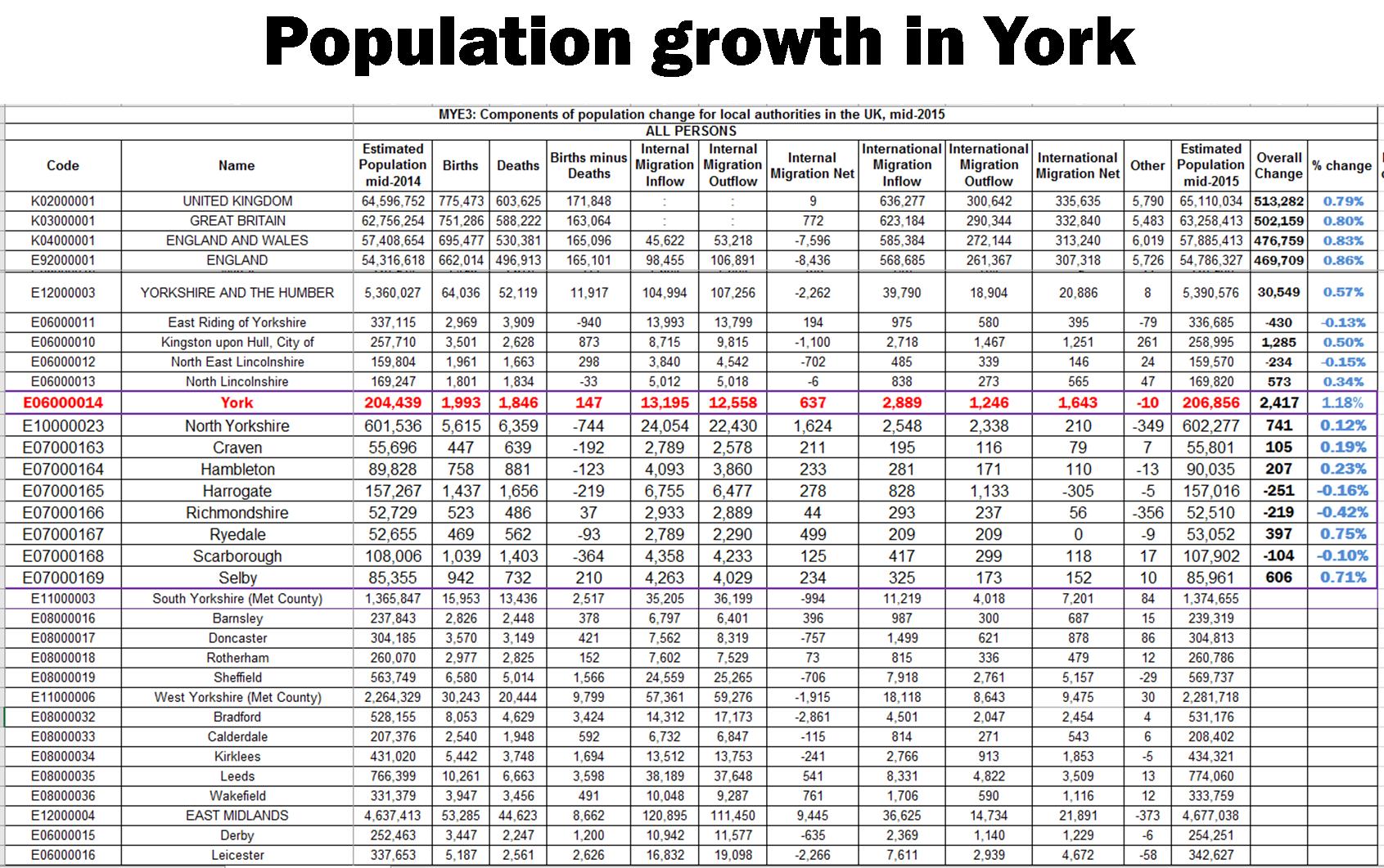 The fund has already helped over 220 projects get started across the country, creating and safeguarding jobs in a diverse range of industries from life sciences to motor vehicle manufacture.
END_OF_DOCUMENT_TOKEN_TO_BE_REPLACED