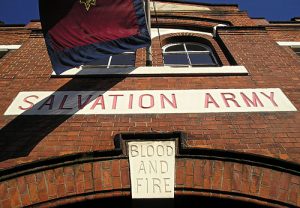 Council debates may be inspired by Citadel moto

York’s next full Council meeting will be held at the Citadel later this month (26 October) rather than in its usual home of York’s Guildhall.

The temporary venue – formerly the home of York’s Salvation Army and now owned by York City Church – will be used for full meetings of the Council for up to two years while the Guildhall is closed for construction work.

The Guildhall has been used for meetings since the 15th Century and the current council chamber dates back to 1891.

Members of the public are welcome to attend the full council meeting at the Citadel at 6.30pm on Thursday 26 October.

Have your say on York’s spending plans

Meanwhile York’s residents and businesses can have their say on the council’s future spending plans over the next few weeks.

The results of the 2018 citywide budget consultation will help set the council’s financial priorities for the forthcoming year.

Despite already achieving savings of over £100m in the last decade through a combination of efficiency savings and reviewing the services it provides, the authority needs to make further savings of £6.1m in 2018/19 and £4.2m in 2019/20 to meet its budget.

Against this tough financial backdrop, demand for services continues to rise; mainly due to demographic changes and more people living longer. At the same time the financial support received from central government has been reduced.

The central government grant accounted for 40 per cent of the council’s income in 2012/13 but fell to just seven per cent last year.  By 2020, York will receive no government grant. That means the services the council provides will have to be funded from a share of business rates, from the council tax and through any fees and costs it charges.

Council leaders hope that the responses to the questionnaire will help guide future spending decisions, particularly whether the authority should ‘balance its books’ by:

People can put forward their views:

END_OF_DOCUMENT_TOKEN_TO_BE_REPLACED

Meetings of the city’s councillors will be held in the Citadel while the Guildhall receives a £12 million refit. 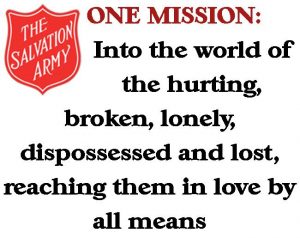 For the next two years the Council will meet at the former premises of the Salvation Army on Gillygate.

The Council says,”The Guildhall officially closes on 30 September to prepare for the construction works.

The Citadel, the former home of York’s Salvation Army now owned by York City Church, is a fully accessible city-centre venue and will continue to be open to the public for full council meetings.

The next full council meeting takes place on 26 October”.

Hopes are high in the City that the Salvation Army influence will improve quality of decision making by the Council.