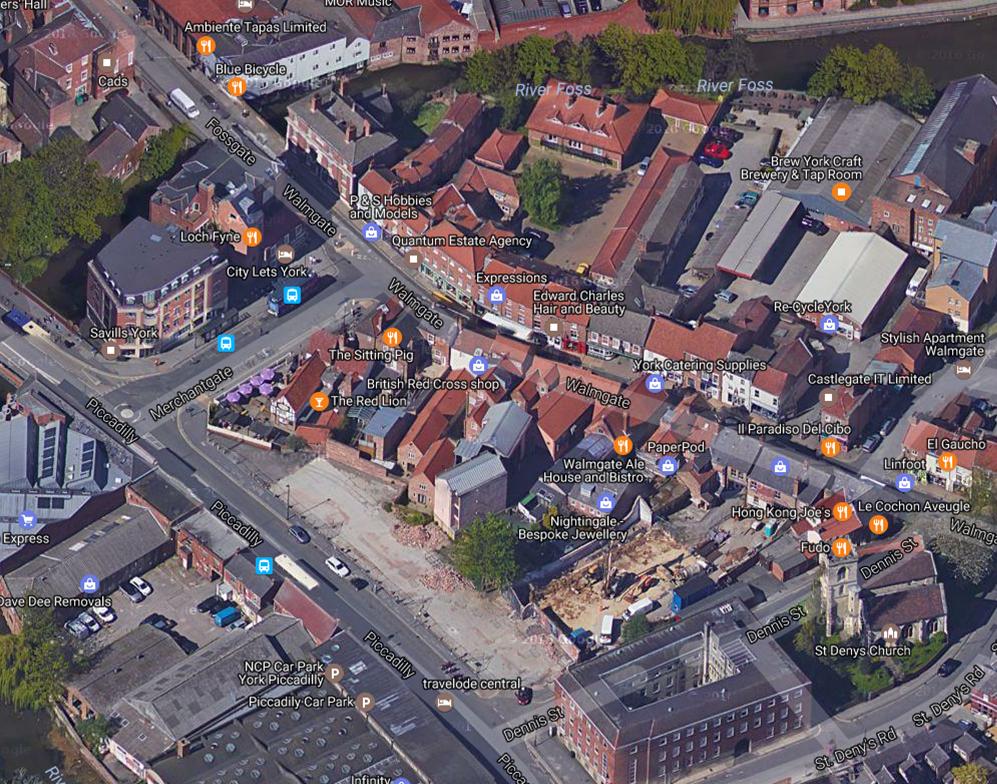 The proposal to site shipping containers on Piccadilly has now reached the planning stage. The plans can be viewed by clicking here. Residents can comment either in favour or in objection to the plans.

The plans show around 20 shipping containers, “re-purposed as a venue for retail, restaurant, office and performance space”.

The layout shows no fewer than 5 new bars.

There are also two restaurants with outdoor seating areas at first floor level. One area is only a few metres away from existing residential properties.

The proposal describes “beverage kiosks” serving alcohol and non-alcohol based drinks,” tapping into the early evening, European-style way of drinking and socialising”.

It is unclear from the plans where the promised outdoor entertainment will be located.

The listed activities would require licenses. The site is in the “cumulative impact zone” – and close to Walmgate which has had anti-social behaviour problems, connected with alcohol, in the past.

How many more bars can the City centre sustain?

One change from the November plans concerns the external appearance of the development. It will be circled by wooden hoardings which should go some way to softening the appearance of the containers. However, the submitted plans are confused about the external colours of the containers with some apparently retaining the strident primary colours that attracted adverse comment last year.

The proposals make no comment on the impact that the development might have on other low cost street level retail and food outlets in the City. The Shambles market is already struggling and any further dilution of users – and customers – could signal its end.

ave no doubt that the developers will lobby hard for their scheme. However, the planning committee will need to consider the quality of the arguments put forward.

Residents living immediately adjacent to the development should have real concerns about the impact that it would have on their lives.

The appearance of the development from the many high buildings nearby will still be a cause for concern even if muted colours are used.

But the main issues

are likely to be whether the “temporary” use will in effect put the comprehensive redevelopment of the Piccadilly area back by another 3 years. In recent years, the Council has turned down several offers for the site which might have seen residential, hotel and/or exhibition space provided there.

Despite the recent publication of the umpteenth “southern gateway” masterplan, without a funding package and clear development milestones, this kind of make do project may be all that they are prepared to consider.

2 thoughts on “Low marks for sparks”