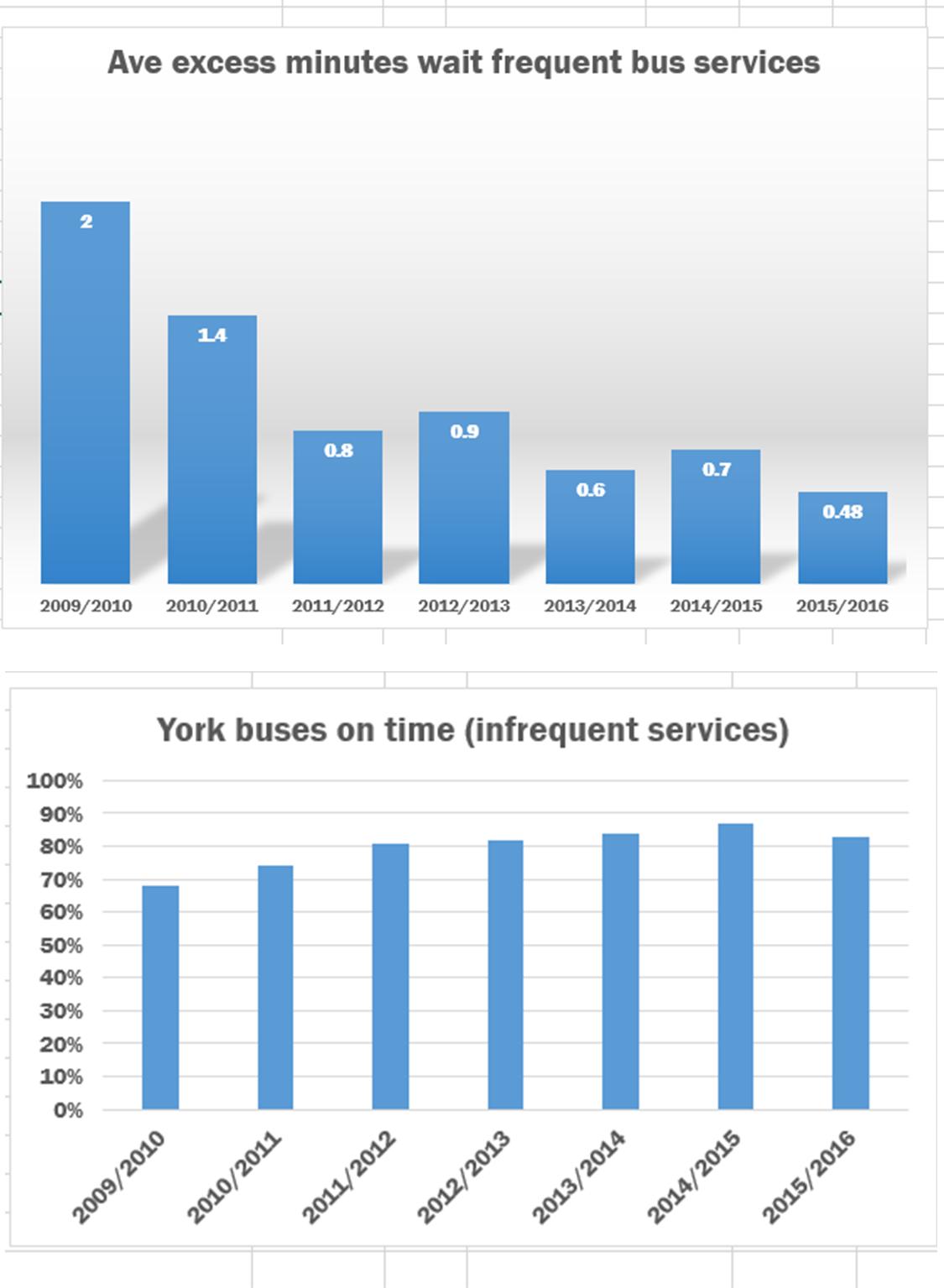 The figures which represent a snap shot of bus reliability – are taken in the autumn of each year.

By last autumn, frequent bus services (defined as those routes with more than 6 buses per hour)  were on average less than 1/2 minute late.

However performance on routes with less frequent services showed a small decline in reliability. 83% were on time compared to 87% the previous year.

The figures are bound to rekindle calls for weekly service reliability figures to be published. These figures can be made available easily using the technology installed to provide “next bus due” real time information.

Other public transport providers such as the train operating companies are required to routinely publish similar information.