After over 4 years of neglect by the York Council, the derelict former Lowfields school site has emerged as one of the options for the location of a new mental health hospital. 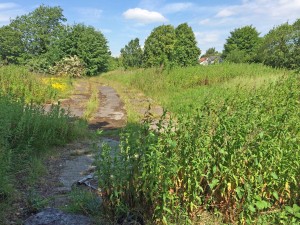 The hospital will replace the obsolescent Bootham Park facility which was forced to close last year following a damming inspectors report.

In total 12 possible locations are being considered by the NHS.

The hospital will cover a wide catchment area so – with limited public transport services available – it is surprising that sites away from the City centre are apparently being considered.

The expectation had been that the new hospital would be built next to the existing facility in Bootham – although the traditional facility at The Retreat might have provided an alternative location.

We are in the early stages of planning for the new facility, which is due to open in 2019, and are inviting people to attend one of four events which are being held in the area.

The workshop style sessions will focus on three main areas – the size and number of beds needed, potential sites for the new hospital and best practice in building design.

Residents had been expecting the latest version of the Local Plan (set to be revealed on 15th June) to confirm that the school site (the footprint of the buildings) would be allocated for the construction of accommodation mainly aimed at older people. The site is ideal for retired people as it is located within walking distance of a full range of facilities in Acomb Village.

Residents were also hoping that any plans to build on the school playing field would finally be quashed. In surveys conducted by local Councillors the majority of residents said that they wanted the field to be retained as open space.