Greens say accept lowest of 23 offers for the site.

Three Green Party candidates for the Micklegate Ward have written to The Press newspaper to say that the Council should accept a £750,000 offer for the Oliver House site. Earlier in the week it was revealed that the highest offer was £3.2 million from a company that want to build 30 elderly persons apartments on the site. 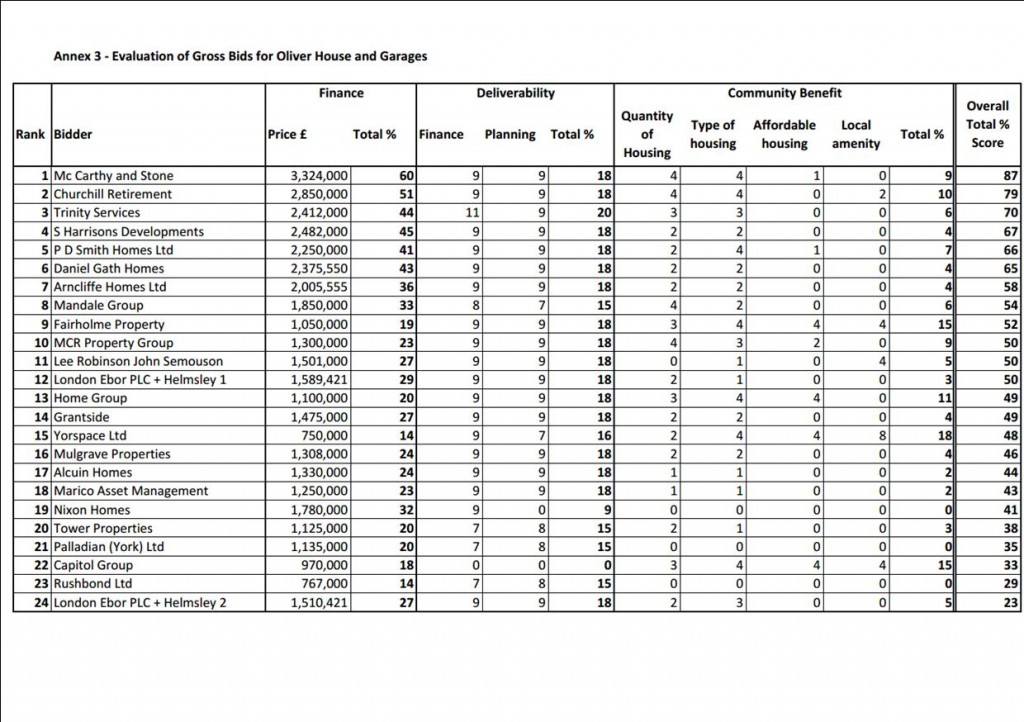 In a letter to the local paper, the Green party candidates say a, slightly quirky, commune proposal for the site has their backing. They ignore the fact that the Council could not legally accept any offer which is more than £2 million below the market value.

This is the latest in a series of financial gaffs by the Greens who, at the  Council’s budget meeting, voted to increase car parking charges to fund a 6 monthly trial of a “fares free” bus linking the railway station to the hospital.

It was later admitted that the subsidy would be of little help for most bus passengers who would have already paid a “through” fare to get to the station and beyond.

The Council has now published further details of the offers that it has received for Oliver House. One table summarises each bid.

A second table indicates how each bid was scored with weighting being given to, not only the financial receipt, but also the quantity, type, quality and affordability of the planned housing.