The government is consulting on a plan to establish a West Yorkshire and York “Super Council”.

The plan could “unlock” a £1 billion transport investment fund for the region as the coalition government pursues a policy of devolution. York might expect to get between £5 and £10 million a year from the devolved transport budget.

The York Council hopes to get £83.5 million in total for major infrastructure from a new “pot”. 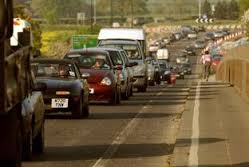 Of this, £37.6 million would be spent on the northern by pass (not enough for dualling. Would just mean larger roundabouts).

York would be contributing up to £4 million a year into this “pot”. This is additional unbudgeted expenditure and would mean an increase in Council Tax levels and/or the introduction of new/additional charges

The report being considered tomorrow singularly fails to address the financial disadvantages of “pooling” transport income streams. Even the scale of the risk remains unclear.

Under the current proposals, drawn up by Labour Local Authority Leaders, York would not be a full member of the new authority and would not have voting rights.

The key question to be answered therefore is whether the new arrangements will be better for the people of York?

Or are they just a way of underpinning a “high growth” approach to the future of the City? That’s the 25% increase in size during the next 15 years advocated in the Local Plan published by Labour in April.

A West Riding, Labour, dominated super Council would not automatically be any more sensitive to the needs of a City like York than would the present decision taker who is bunkered in Whitehall.

The Authority would be ruled by a Quango. There is no mechanism for giving residents a say in the running of the new “Council”.

With local elections only 16 months away, there is a worrying absence of broad consensus across the political spectrum on whether, and on what terms, participation in the “Super Council” should be pursued.

Views must be sent to the government collaborate@communities.gsi.gov.uk by 2nd January 2014.