The surge in growth seems to have caught the Council out with mowing schedules inadequate to ensure that areas used for ball games are kept tidy.

There have already been some criticisms of the grass in parks in west York not being cut. Some have – rightly – not being mowed to ensure that meadowland is created to help pollinators. But the neglect of sports pitches remains unexplained by the Council.

Another Council department is encouraging active sports and leisure activities particularly among younger people. They will find this more difficult if grass is not cut.

It isn’t just sports pitches where a lack of maintenance is evident.

Once again cycle paths are becoming overgrown. It is usually the same ones each year with Tadcaster Road being the stand out example.

Some visibility splays at road junctions also haven’t been trimmed this year.

The Council should update residents on its planned maintenance schedules

Residents are being invited to have their say on plans to build eight new sports pitches on fields near Askham Bar. 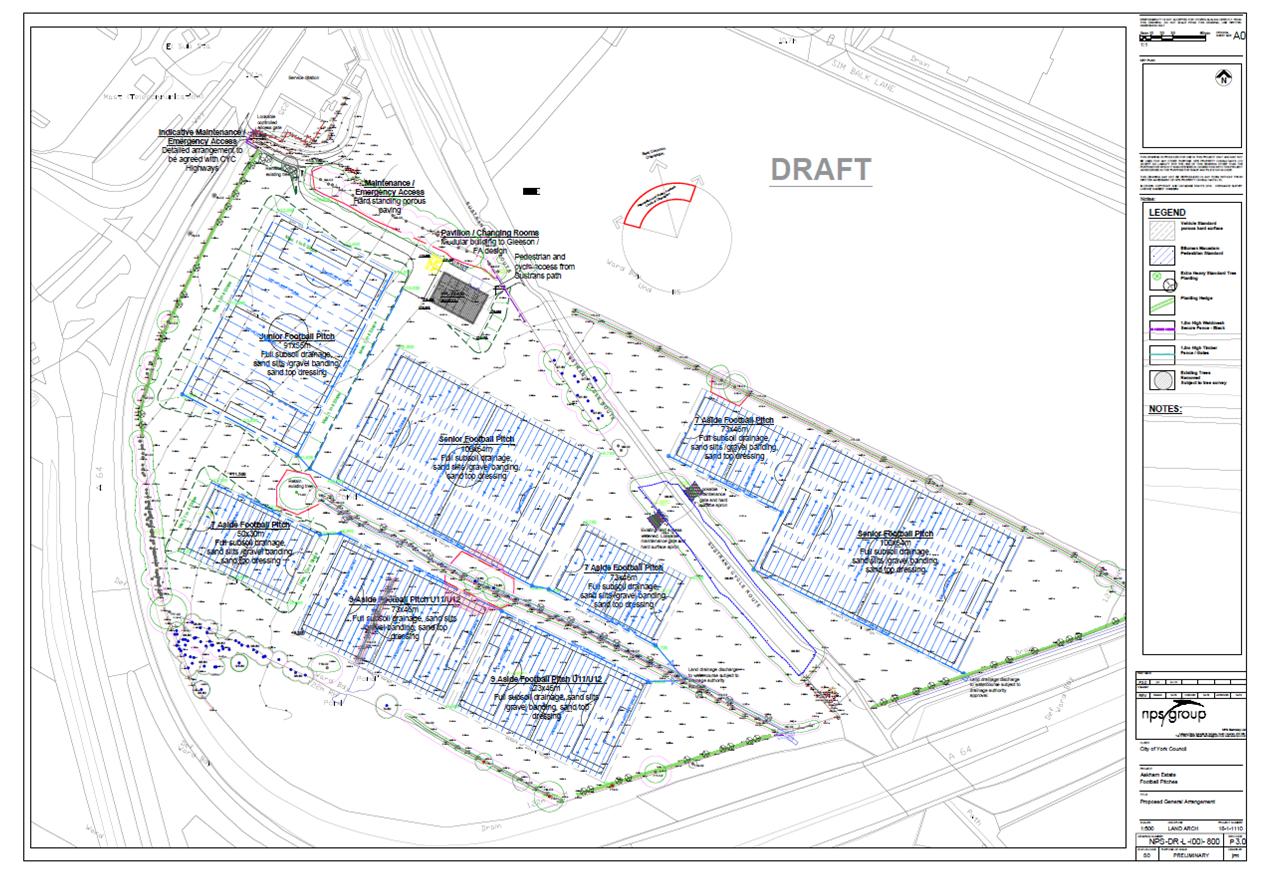 The drop-in consultation event, which will take place between 4pm and 7pm at Askham Bar Park & Ride on Wednesday 24 January, will offer the chance for people to feedback on plans to build three 11-a-side pitches, two 9-a-side pitches and three 7-a-side pitches with relevant on-site facilities.

The event comes after the council’s executive in November agreed that officers should continue to work on plans for sports facilities on the land near the Ashfield estate.

This will help to provide much needed community sports facilities to the south and west area of York.

The council’s public heath team are also working with Bishopthorpe White Rose FC to prepare a club development plan that will help them thrive in the future and access grant funding.

The cost of these works will be funded from the Football Foundation, Bishopthorpe White Rose football club, local sponsorship and small grants, with the remainder from the capital programme agreed by City of York Council.
END_OF_DOCUMENT_TOKEN_TO_BE_REPLACED