Huge use by tourists 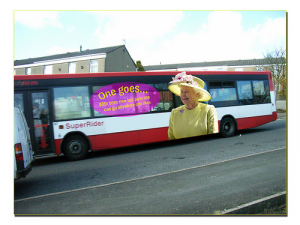 n audit report into the use of elderly and disabled persons bus passes in York has been published. It can be found by clicking here

The report says that, “pass usage data for 2016-17 was analysed for trends, possible misuse and data quality.

By comparison, only 74 were used to make more than 1000 trips during the year.

The low average usage likely reflects York’s popularity as a tourist destination. In other words, visitors are using their passes to make a small number of trips while visiting the city.

The most significant finding of the analysis was that disabled pass holders, who make up 10% of all pass holders, were disproportionately represented in the top 20 most heavily-used passes (11/20), suggesting they make more frequent use of their passes than people eligible due to age.

Two disabled pass holders in the top 20 were using passes that were hot-listed (marked as no longer valid) in 2013 and 2014 respectively, suggesting there may be more in use.

Currently, hot-listing (which could result in the pass being refused) is not in effect, so the holders were able to continue using the passes, but there are plans to implement it in the near future.

If this is done without any warning to pass holders, it may temporarily prevent disabled or vulnerable people from travelling freely on York buses”.

The report gives a “substantial assurance” that the system is not subject to abuse.