Two decisions on the award of large IT contracts are to be taken in public next week as the York Council takes its first tentative steps towards a more open approach.  It is not the decisions themselves which have attracted attention but rather it is the justification offered for placing them before a public meeting.

The report states “that councillors consider routine procurement decisions over £250k in value in line with procurement regulations and the public have the opportunity to see transparent decision-making in operation relating to major procurements.”

That is always supposed to have happened but some officials have sought to exploit loopholes in the budget process to justify making implementation decisions behind closed doors.  Such “routine” decisions must be reported to the responsible executive member in a “register” This has not been done routinely in a transparent way.

It appears that the Executive are now insisting that proposals are tabled individually. That is a step in the right direction.

The two decisions being made on 18th November relate to

The meeting will also hear that the Council is scrapping a proposed joint procurement with Harrogate to appoint a technology provider.

Instead the current provider in York will continue until summer 2020 with a new supplier, for managed network services, taking over then. The Council current spends around £2 million per annum on this service.

The York Council Joint Standards Committee – which is charged with ensuring there is probity in public life – meets for the first time in the new Council session on 17th June.

The, decidedly thin, agenda can be viewed by clicking here. It involves only the appointment of a chair, a vice chair and agreeing future meeting dates.

Only one of the Council appointed members has (recent) previous experience of York Council work. Ironically that is former Leader David Carr. Cllr Carr was himself the subject of a complaint over his handling of, what turned out to be, bogus allegations against Cllrs Aspden and Ayre in 2017.

It has taken 2 years and expenditure of over £100,000 to resolve those claims.

Steps were taken to start an independent inquiry into the process used by York Council officials to resolve the Aspden/Ayre case. There has been no recent update on the progress of this investigation. The Councillors themselves suffered a significant financial penalty as they lost earnings and had to pay for their own legal representation (costs thought to be in excess of £10,000).

The expectation had been that the outstanding case would have been resolved by now with the conclusion being reported to this standards committee meeting on 17th June.

The minutes from the committees last meeting, held on 13th February, included the following comment

” Since the committee’s last meeting in November 2018, two long running cases had been concluded and two cases remained ongoing. Details were set out in the table at paragraph 2 of the report. Members noted that one of the ongoing cases was likely to be concluded in February and stressed the importance of concluding the other case, which dated from 2017, before the start of the pre-election purdah period on 26 March 2019“.

The case started in September 2017 but investigated allegations going back as far as 2014.

It now seems that there will be no final closure on the Nigel Ayre case for a few more weeks at least.

The actual investigation into the case is understood to have concluded last year. 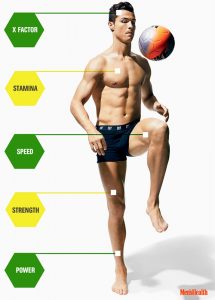 City of York Council is inviting residents to take part in the men’s health programme with a range of activities and sessions to help them to become fitter and live healthier lifestyles.

The ten week course, which is led by the council’s Yorwellbeing service in partnership with York City Knights, will take place at York St John University sports park and see attendees take part in a series of physical activity sessions combined with educational workshops on modifiable lifestyle factors.

Starting at 7.30pm on Wednesday 13 September, the programme offers 90 minutes sessions designed to help individuals to become more aware of ways in which they can live happier and healthier lives.

The programme will run every Wednesday evening from 7.30pm until 9pm, from Wednesday 13 September up until Wednesday 15 November, aiming to engage with those individuals wanting to become more physically active and improve their health. The cost of the programme is £30 for the full 10 week course but people are urged to book in advance as spaces are limited.

The physical activity sessions will be tailored so they are appropriate to the requirements of the participants and the course is open to people of all ages and abilities.

Educational workshop topics will include: