A resident has written to us about rowdy behaviour in the City Centre this weekend.

Its an issue that has grown in recent years and one that will tarnish the City’s image unless addressed by the authorities.

Next Saturday seeks a local derby football match in the City. That may put additional pressures on policing resources.

The timing of the match doesn’t look to be particularly enlightened. 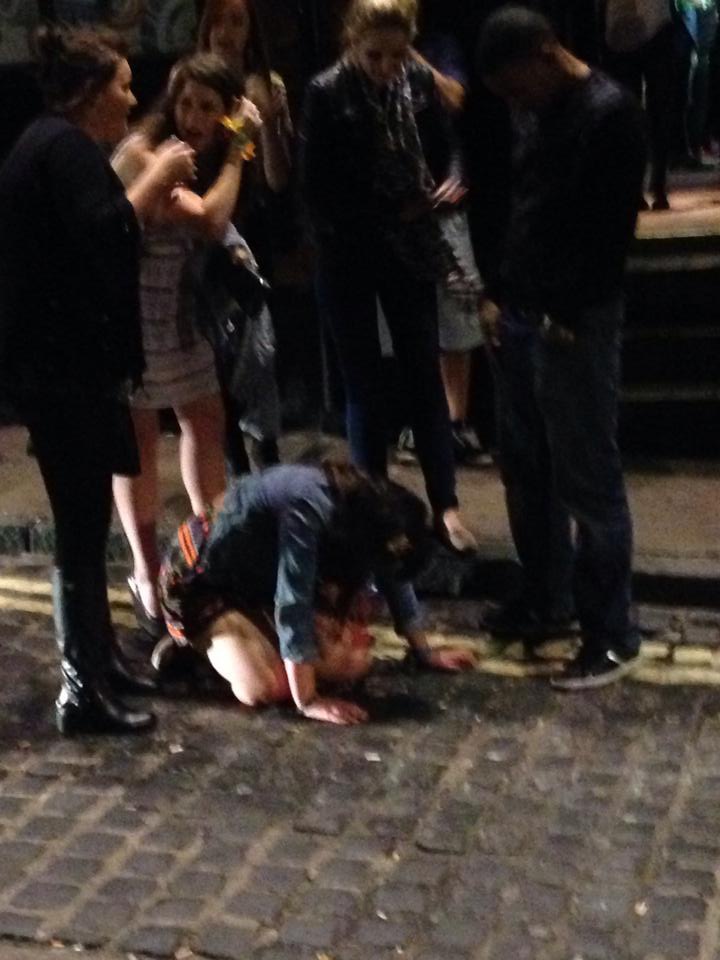 ASB nuisance reports decreased by 11% (172 incidents). These reports include: begging and vagrancy, buskers, street urination, public order behaviour such as fighting or drunkenness and verbal abuse. Theft related incidents were also down”.

However, “Violence-related reports increased by 18 incidents in 2015”. Violent crime covers a wide spectrum from minor assaults, harassment and abuse that result in no physical harm to the victim through to incidents of wounding and murder

Most of the problems occur in Coney Street, Micklegate, Blake Street, Blossom Street and Clifford Street.

The highest levels of reported occurrences are during the summer months of July and August, together with December. Calls for police service are at their highest on weekends; Saturday and Sunday. This was consistent across 2014 and 2015.  Activity is highest between 1pm-6pm and midnight-4am.

In response to a small survey of City centre visitors by the Police, 52% felt that York was not family friendly on a Saturday afternoon, 50% felt that partner agencies were working well together to make York safe on Saturdays and 94% felt that seeing a police presence in the city made them feel safer.

The Police blame visitors from the North East and South Yorkshire for many of the issues.

More patrols are now operating on Fridays and Saturdays.  In addition, the Council are in the process of recruiting two full-time Licensing Enforcement Officers who will work evenings and weekends and whose duties will include visits to licensed premises to ensure they are complying with the Licensing Act 2003 and any additional licence conditions.

Unfortunately, the report makes no mention of the increased anti-social behaviour problems evident in some sub-urban areas over the last 12 months 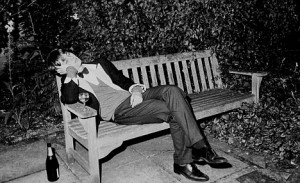 The York Council is planning to go ahead with the proposal to introduce a Public Space Protection Order in The Groves.

The proposal will be discussed at a meeting taking place on 16th November and is mainly aimed at eliminating “street drinking”.

Over 200 complaints of alcohol related anti social behavior were received for the Groves area last year.

85% of respondents to a recent consultation exercise said they favoured new restrictions on public drinking. 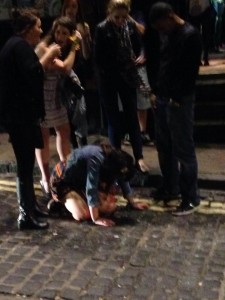 New codes of conduct have been shared for people enjoying the city’s licensed premises as part of the third weekend of the new ‘Had Enough!’ campaign.

Bars, restaurants and clubs across York city centre have been visited by police and council licensing officers who have distributed and discussed the code of conduct. Also, train operating companies and British Transport Police have shared the code with people travelling to York.

This is the next phase in a drive to clamp down on alcohol-related anti-social behaviour caused by a minority but which impacts on the enjoyment of the majority. It forms part of work by the new partnership of City of York Council, North Yorkshire Police (NYP) and British Transport Police (BTP), train operating companies, York Racecourse and city centre licensed premises, as well as Make It York and York Bid.

There are two codes in operation: one handed out to railway users and another posted in licensed premises in York city centre.

The codes state that anti-social behaviour will not be tolerated on the train or the station, in the street or in licensed premises. It says York’s city centre licensed premises have agreed not to allow inflatables, language or fancy dress which are considered offensive or inappropriate. They state they will not admit large groups (only at the licence holder’s discretion) or people they believe to be drunk. They won’t allow alcohol to be drunk that has not been purchased on the premises and will not tolerate anti-social behaviour. The code also makes it clear that details of anyone who is refused entry or asked to leave will be shared with other licensed premises and the police.

The first weekend of a new campaign to encourage people to enjoy themselves responsibly has started with city partners encouraged by the response, and a clear message sent to revellers.

Barriers at York Station operated by British Transport Police (BTP) and in conjunction with train operators, shared information with passengers on expectations of behaviour in the city centre. They also helped crack down on fare-dodging. North Yorkshire Police officers and Neighbourhood Enforcement officers from the city’s Community Safety Hub were patrolling the city centre where an Alcohol Restriction Zone is in force.

Inspector Richard Price of BTP said: “We had some really positive feedback from passengers and rail staff on the campaign. They were very pleased to hear about the partnership’s work to reduce low level disorder and ASB at the station and the city. In terms of passenger numbers, it was a fairly standard day and officers made two arrests for drunk and disorderly behaviour at York.”

Inspector Andy Godfrey of North Yorkshire Police said: “We had a number of very positive comments about the increased policing activity in York city centre over the weekend. Our high-visibility presence, and that of our partners, was very well-received.

“There was a large number of people in York on Saturday, and the atmosphere was in general good natured.

“We deflated or disposed of three inappropriate items and issued one section 35 order to leave the city centre, but otherwise the vast majority enjoyed their day in the right spirit.

“Our commitment to working in partnership to tackle alcohol-related anti-social behaviour will continue, to ensure everyone who wants to enjoy all that York has to offer can do so.”

There will be a heightened presence of officers from British Transport and North Yorkshire Police – including special constables – and Neighbourhood Enforcement Officers from the multi-agency Community Safety Hub. Every Saturday throughout September, starting on 5 September, these officers will remind people travelling by train to the city, arriving at York station and those out and about in the city centre, to respect the city they are visiting and enjoy themselves responsibly. They will be doing this alongside any necessary enforcement action on trains, at the station and throughout the ARZ.
END_OF_DOCUMENT_TOKEN_TO_BE_REPLACED

The council is considering extending the area covered by restrictions on the consumption of alcohol in public, by introducing a new Public Space Protection Order for Union Terrace and The Groves

Following increased reports of alcohol-related anti-social behaviour in the area and a neighbourhood petition being submitted voicing concerns, the council has been working with police and residents to consider appropriate, additional measures.

Introducing a PSPO would mean that any person within the area who is asked by a police or council officer to stop drinking alcohol in public and who fails to do so, could be given a maximum on-the-spot fixed penalty notice of £100. 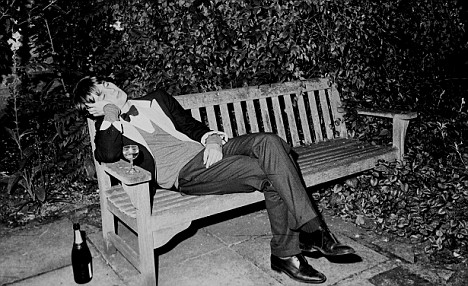 Councillor David Carr, Executive Member for Housing and Safer Neighbourhoods at City of York Council, said: “We want to support local residents and businesses to combat nuisance and their feedback and evidence given to consultation will be used as part of an application to create a new PSPO. Innovative and collaborative solutions like these to reduce anti-social behaviour are an important aspect to our approach and I welcome all constructive contributions from those interested.”

The Groves is currently outside the existing Designated Public Place Order (DPPO) on Union Terrace or the Alcohol Restriction Zone (ARZ) which extends within the city walls, Micklegate and the area around the station.

The consultation ends on 27 July and is at https://www.york.gov.uk/consultations 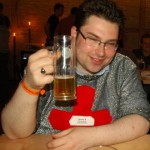 The first programme to be run by City of York Council for people arrested while drunk and disorderly in the city, will start up this week to help bring about lasting change in people’s attitude to alcohol and its impact.

Recommended by the council’s cross-party Scrutiny Committee, the pilot programme is funded by the council’s public health budget and will be monitored by the Safer York Partnership, the city-wide AVANTE partnership and by the University of York, for its 18-month duration.
END_OF_DOCUMENT_TOKEN_TO_BE_REPLACED