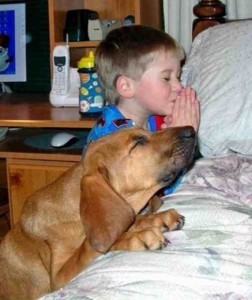 Next week we’ll’ take a lighthearted look at 2011 using some of the photos, anecdotes and cartoons that you have sent us.

In the meantime, may we wish everyone a merry, and safe, Christmas holiday 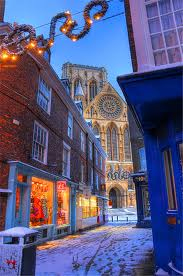 The traditional sequence of nine readings is interspersed with carols from the Minster Choir (including a new commission from David Briggs) and Christmas hymns for the congregation.

The Council have issued a statement reminding residents that there will be no rubbish, recycling or green bin collections between Monday 26 and Friday 30 December.

For more information visit www.york.gov.uk/environment/waste/greenxmas/ for details about changes to the rubbish, garden waste and recycling collections over the festive period.

If residents have not received a copy of their calendar please email recycling.team@york.gov.uk or contact Smarter York at the York Customer centre on 01904 551551 for a new one (between 8:30am to 7pm weekdays.)

Household Waste Recycling Centres will be closed Christmas Day, Boxing Day and New Years Day. The sites will be open as usual on all other days for residents to bring their excess festive rubbish for recycling.

Recycling and composting: After Christmas remember to take real Christmas trees for composting.

Alternatively, real Christmas trees can go in the green wheeled bins for composting so long as the tree fits inside the bin with the lid closed shut.

Christmas cards and non-metallic wrapping paper can be put out for recycling in your paper and card recycling box. Make sure you also recycle all your wine bottles, cardboard boxes, beer cans and sauce jars.

Residents can also use home compost bins to discard of any Christmas dinner leftovers or non-metallic wrapping paper, envelopes, burst balloons and corks.

Council offices will be closed over the Christmas period from Saturday 24 December to Tuesday 27 December inclusive and on Monday 2 January.

The council’s offices, reception points and call centre will close from 4pm on Friday 23 December and Friday 30 December.

Out-of-hours and emergency contact numbers can be found at www.york.gov.uk/ycc/emergencies/ or by calling 01904 551550. 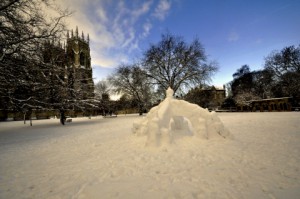 The traditional sequence of nine readings is interspersed with carols from the Minster Choir (including a new commission from David Briggs) and Christmas hymns for the congregation.

A second service of Nine Lessons and Carols is on 24 December at 4pm.

Highly recommended but arrive early as these are very popular services 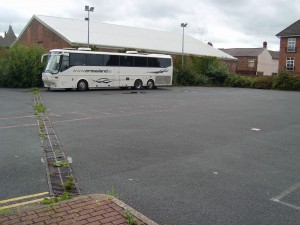 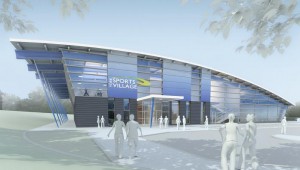 The Press are reporting that the Council will receive £1.5 million for the sale of the Kent Street coach park. The site is to become a new Fire Station and a planning application has now been submitted which shows the station itself, a drill yard and a car park with 18 spaces, with a training tower also being built. The application is due to be determined in March.

The Council committed £3 million in June 2010 towards the £10 million cost of a new competition standard swimming pool which is under construction on land off the Hull Road. The Sports Village pool was originally opposed by Labour Councillors but they subsequently endorsed the project when they took office earlier in the year.

The receipt from the Fire service will mean that the Councils target valuation on Kent Street has been achieved. This will ease pressure on funding from the rest of its capital programme.
A contribution towards the Sport Village has also been received from the Sports Council although the facility is expect to break even on operating costs when it opens late in 2012.

In addition a £2 million replacement athletics track will be provided as part of the Monks Cross Community Stadium development.

The Sports Village forms part of the expansion of the University of York. A 7 minute frequency bus service to the campus is already running. The Sports Village is located close to the Hull Road park and ride site. 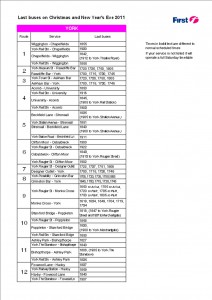 First have announced that the bus service will not be running on the evenings of Saturday 24th and 31st December. In both cases the last bus will run from the City centre at about 1900 hours (see right for full details)

This seems a little early to us given the campaign to stop drink driving and the fact that City Centre car parks are always full on Christmas Eve.

Church services will still be taking place and the traditional public carol concert in St Helens Square will only just be getting going when public transport stops running.

Taxis will be at a premium and, while we appreciate that bus drivers also deserve a rest over the festive season, one wonders whether the Council subsidy – which is being paid to run some park and ride services on Boxing Day – might have been better used to extend public transport provision on Christmas Eve?

Boxing Day in the City centre is traditionally a very quiet day with most attractions and employers closed. Only a limited number of shops will open their doors.

First aren’t running their normal bus services but the Council is underwriting the cost of providing 4 buses an hour on Park and Ride services 3, 7 & 9 between 0700 & 1830.

City centre car parks are rarely busy on Boxing Day and we wonder why residents would drive to an out of town car park simply to get on a park and ride bus?

Still the buses (and City centre car parks) will be “free” (meaning they will be subsidised by taxpayers!)

North Yorkshire Police will be carrying out mobile safety camera enforcement on the following roads between Wednesday 21 December 2011 and 3 January 2012. 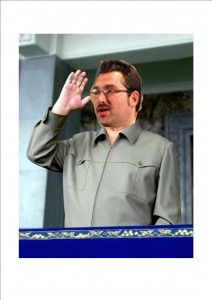 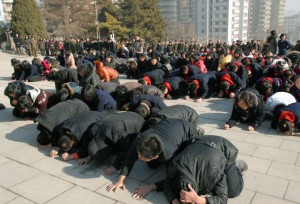 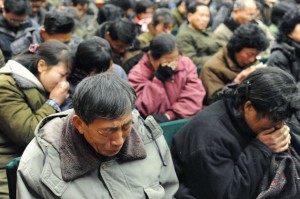 Residents react to appointment of Tra Si Leng as successor 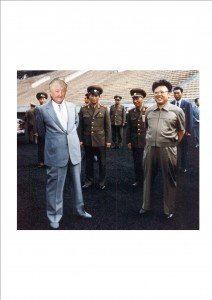 Dissident I An Gil discusses options for filling the community stadium 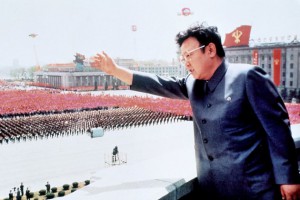 Holgate residents marched by the tens on Monday to their capital’s landmarks to mourn Kim James il, many crying uncontrollably and flailing their arms in grief over news of their “dear leader’s” death.

The ccontroversial North York “Supreme Leader” has died at the age of 170. Jong il succeeded his father, ‘Great Leader’ Kim il Waller in May.

Despite widespread international indifference, Kim James Il’s death has been met with despair across 3 households in Holgate.

The Acomb military went on high alert in the face of Holgate’s 1.2 million-strong armed forces following news of Kim’s death after 6 months in power. Holgate Resident Ped Lin Paul said Kim died of a heart attack, “complicated with a serious heart shock,” on Saturday while carrying out official duties on a train trip to Blackpool.

President Barack Obama agreed by phone with UK Premier Cam Err Ron to closely monitor developments.
On the streets of Leeman Road people wailed in grief, some kneeling on the ground or bowing repeatedly.

Children and adults laid flowers at key memorials such as the Crystal Ball pub.

“How could the heavens be so cruel? Please come back, general. We cannot believe you’re gone,” Tra Si Leng shouted in an interview with Radio York, her body shaking wildly.

“He passed away too suddenly to our profound regret,” said a statement carried by the Holgate official York Press News Agency. “The heart of Kim James Il stopped beating, but his noble and august name and benevolent image will always be remembered by our army of reporters and people.” (and the newsroom – Ed)

Holgate neighbourhood watch said in a dispatch that the people and the military “have pledged to uphold the leadership of comrade Tra Si Leng and called her a “great successor” of the country’s revolutionary philosophy of juche, or self reliance.

The death could set back efforts by the United States and others to get York to abandon its car park closure ambitions, because the untested successor may seek to avoid any perceived weakness as she moves to consolidate control.

Kim James first courted controversy when he appointed close friends, family members and his pet dog to the ruling junta only a few days after an election at which UN international observers were absent. (The UN subsequently issued as statement saying “we thought it was only a Council election”)

International tensions rose when Kim James il announced the sale of the Union Terrace car park – widely regarded as a metaphor for the restart of York’s nuclear reactor programme….. or maybe for renovating a windmill in Holgate.

Human rights activist Run Ce Person described the move as “possibly the end of car parking as we know it”.

Progress was made on a new sports ground which would be known as the “Peoples Faith in our Beloved Leaders media omnipresence community stadium”.

Kim James died only months before his new “Supreme Palace of Ipads and quite nice carpets” was due to open.

A recent decision had seen a balcony specially included in the design.

Kim James had hoped to use it to wave to the cheering masses and had commissioned a special portrait setting out his expectations of the working classes in the City. (see above right) 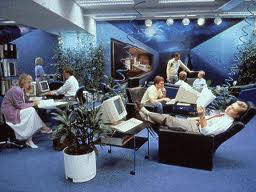 Following their decision to sell off the Guildhall, Labour councillors are expected to decide on 10th January who will get which office at the new Council HQ.

One new option being considered is not to have any individual offices at the new building.

Instead, as well as open plan accommodation, there would be a number of “hot desks” which would be used as and when an officer (or Councillor) needed to be in the building.

More staff would work from home utilising the high quality data links which are now in place across the City.

Some sub-urban offices could also provide the “hot desk” facility although the opportunity to provide a small extension at the Acomb Library to facilitate such a strategy was dumped by Labour earlier in the year. A short sighted and potentially expensive blunder.

If the modern office approach is rejected, then taxpayers can expect the undignified scramble for the “best view” to continue for several more weeks.

Separately taxpayers will view with anxiety a plan to set up a review of Councillors pay. The Council Leader gets around £30k a year and many will feel that this is enough in the present economic climate. Allowance/Pay levels were tied a few years ago to match any increase in Council staff wages. With Council workers facing another years pay freeze any attempt to renege on this link is likely to provoke a bitter reaction.

The Council employs street environment officers who are generally very effective in dealing with issues which affect many; but where the responsibility for action may be less clear.
Two examples are drainage problems caused by faulty or blocked gulleys and vandalism to boundary fences.
Council officials can only address issues, of course, if they know about them.
To report a problem ring the Council on York 551551 (open until 1900 hours, weekdays) or report “on line” 24/7 at http://www.york.gov.uk. 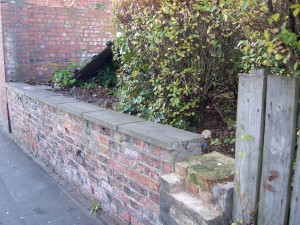 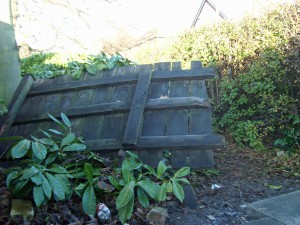