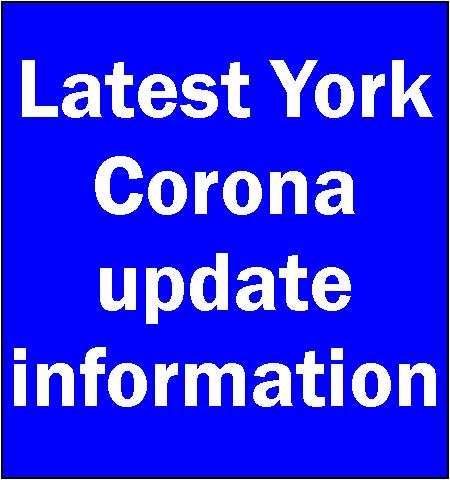 City of York Council, Make It York and other cultural leaders in York have written to Oliver Dowden MP, Secretary of State to ensure that those who are self-employed are not forgotten.

There are approximately 12,000 self employed people in the city currently who will be needed during the economic recovery and should be included in the Governments plans.

In addition, York is recognised across the world as a city rich with a diverse culture. In 2019 the EU’s Cultural and Creative Cities monitor awarded York the most “culturally vibrant” city in the UK, and seventh best in Europe for medium size cities.

“The cultural, creative and voluntary sectors are the life-blood of our communities. Across York, they support our wellbeing, enrich our lives and have vast economic benefits to our city.

That’s why along with Make It York and York Museums Trust and other city leaders, I have written to Oliver Dowden MP.  We have welcomed the positive measures announced by the Government which go a large way to ensuring we get through this pandemic.  However, a third of the UK’s creative workforce is self-employed, and the artists and creative practitioners in those sectors will be seriously affected by loss of income due to the pandemic.”

Nationally, the creative industries contributed £111.7bn to the UK economy in 2018, and grew five times faster than the wider economy.  It is important that moving forward, the Government works quickly to provide reassurance and support to these sectors, so that they are able to bounce back once this crisis has passed.”

“It is of some reassurance the government has recognised the need to support small and medium businesses during this crisis, and the new Government loans will go some way to alleviate short term cash flow issues.

However, supporting our self-employed residents is essential to our local economy.  We don’t know yet what the full implications of COVID-19 will be, but we do know that more assistance must be provided to the self-employed, so that they are supported during this difficult time.”

With a little help from MinsterFM, we’ve put together a matrix showing the priority shopping arrangements and opening hours for York food supermarkets. The opening hours are subject to change at short notice.

Links to individual store information is as follows (click for link)

Morrisons offer food in a box for a week 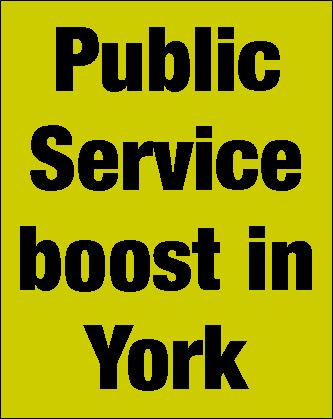 The discount supermarket chain has just launched a new initiative of special food boxes, aimed at getting foods to people who are struggling to place orders online.

According to their website, each box includes ‘a selection of everyday items’ dependent on current availability of food and household goods .

There are two options: vegetarian or meat.

Elderly or vulnerable customers – such as those with underlying health issues who have been ordered to remain indoors – will be prioritised.

The boxes are fairly affordable at £30, with a £5 delivery fee on top (so £35 in total) and will feed two adults for one week.

Meanwhile, in the meat version, you also get chicken or beef.

But if you’re allergic, be careful as no guarantees can be made for specific requirements – so read the label before you dig in.

The government have published proposals which could see significant changes in the way that homes are planned and delivered in York. click

The proposals include plans to make better use of brownfield (previously developed) land and a requirement for all local authorities to have an approved Local Plan.

One aspect, that has attracted local criticism, is the paragraph covering the introduction of “new rules to encourage building upwards, increasing density in line with local character and make the most of local infrastructure”. Permitted development rights (PDR) would be extended to allow residential blocks to be increased by up to two storeys. Some have claimed that this might affect views of The Minster. Indeed, it might, particularly if the proposals are applied to conservation areas and local PDRs have not already been restricted by the local Council.

That does need to be clarified before changes are published later in the year.

But the White Paper also includes some positive messages.

As well as plans to make better use of brownfield land, the paper says it will ensure land allocated for housing is built on. That will ring a bell with some who regularly walk past derelict sites like that next the Barbican. It has had planning permission for homes for over 5 years.

Many will also feel sympathy for the proposal to improve security for tenants by abolishing the use of ‘no fault evictions’. The papers says, “that tenants can put down roots in their communities and plan for their long-term future”.

Local amenity organisations will surely welcome proposals to revise the National Planning Policy Framework (NPPF) to embed the principles of good design and placemaking – “this will make clear that high-quality buildings and places must be considered throughout the planning process”?

Another commitment is for urban tree planting and giving communities a greater opportunity to influence design standards in their area. “This will put tree lined streets at the centre of future plans, so that they become the norm not the exception”

The government plans to give local authorities the ability to ensure that new homes conform to “local residents’ ideas of beauty” through the planning system. “Using the National Model Design Code, we will set out clear parameters for promoting the design and style of homes and neighbourhoods local people want to see. We will ask local places to produce their own design guides and codes, informed by listening to local people and considering local context”.

There is more than a whiff of centralised control about the paper and, of course, the actual implementation of ideas often proves illusive.

The world and the City may in any event look very different in 6 months time.

City of York Council is offering advice on how people can look after their emotional wellbeing while social distancing – two metres apart – and isolating themselves to slow the spread of Coronavirus.

On Friday, new social distancing measures were announced by the Government, which has resulted in the closures of pubs, cafés nightclubs, bars, theatres, restaurants, leisure centres and gyms across the city and the country.

This latest measure is to further support social distancing, which involves:

You can find out more at www.nhs.uk/coronavirus

In response, City of York Council is encouraging residents to look after their wellbeing during this period of social distancing.

Ways to look after your well-being include: