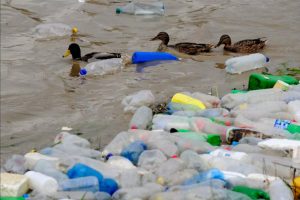 An interesting report to a Council committee meeting which is taking place next week reveals that around 43% of the waste generated in the City is either recycled or composted. The percentage has remained constant over the last 5 years. Around 11,000 tonnes were collected at the kerbside last year

The net cost of kerbside recycling collections is put at £1.2 million per annum

The report tackles the vexed issue of plastics recycling. It says,

At the moment plastic bottles are the only plastic material officially accepted in our kerbside recycling collection. They are made of high-grade plastic material PET1 (Polyethylene Terephthalate) and HDPE2 (High Density Polyethylene) which have consistently strong recycling markets in which to sell the material. Mixed plastic, however, can be poorer quality and dirty. These factors, coupled with the instability of the recycling markets, has meant that it has previously not been possible to consider introducing mixed plastics to the existing kerbside recycling collection.

Some mixed plastic is already put into the recycling boxes by residents and we collect it. This low level of ‘contamination’ material is currently acceptable to our contractor (Yorwaste Ltd) because our recycling is mixed with other recycling, thus reducing the overall percentage of contamination.

Black plastic doesn’t reflect light, so cannot be seen and sorted by the scanners in the recycling facility and could end up contaminating other materials such as glass bottles.”

The report also seeks to explain why it sometimes appears that items separated for recycling are all put into the same compartment in the bin lorry.

When collecting recycling some crews tip boxes of recycling into separate wheelie bins, once the wheelie bin is full it is then emptied into the relevant compartment in the refuse collection vehicle .There is a perception from some residents that comingling is taking place when it isn’t, as they just see recycling boxes being tipped into a wheelie bin and then into what they think is an ordinary refuse vehicle, not one with separate compartments. We have therefore introduced different coloured wheelie bins for tins/plastic and cardboard/paper.

The report says that some comingled recycling is transported to a processing centre at Seamer Carr.

There are only limited markets for such material and the processing cost (including transfer) for dealing with such material is c.£65 per tonne and we receive no income, we are currently comingling around 320 tonnes per month.