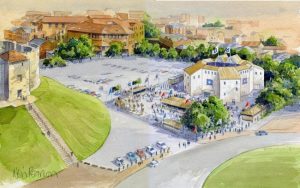 It seems that the announcement on Saturday – through the pages of the Yorkshire Post – took many people by surprise. Tourist organisations, the local authority, businesses and other media outlets were left playing “catch up” as they scrambled to give their take, on the event, to a receptive audience.

It seems that the leaked information came from the prospective producers of the plays and may have been prompted by concerns that the temporary use of the Castle car park was due to be mentioned – unspecifically – in the York Councils Forward Plan which was published on Monday.

The plan says that the project will be discussed at the Councils Executive meeting taking place on 31st August. The background papers for that meeting will be published in a couple of weeks’ time.

Sources at the Council claim that there is still much work to be done to come up with an effective alternative parking/transport plan to make up for the loss of capacity and income from the Castle car park – York’s busiest. 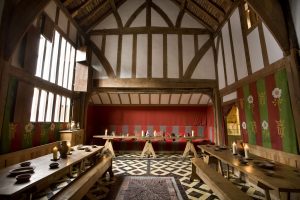 There is limited spare capacity on most days of the year at the adjacent Coppergate centre multi storey (287 spaces) and St Georges Field (150 spaces) but nothing like sufficient to make up for a loss of 360 spaces at Castle. The Council has recently closed the Castle Mills car park leaving private sector options like Garden Place, Tanner Row and George Street anticipating a big hike in income.

But it is the timing of the announcement that leads to concerns.

Arguably any debate about a project of this size should have been concluded months ago.

An “Elizabethan” themed summer tourist season could provide a major boost for period visitor attractions, like the Barley Hall and the Merchant Adventurers Hall, while also helping to maintain high customer numbers at hotels and restaurants.

During its Shakespearian season, the Rose project hopes to attract circa 50,000 paying customers.

To put that in context, it is nearly three times more than attended last year’s Mystery Plays at the Minister.

Marketing of the event needs to start soon. 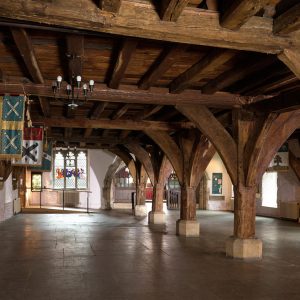 Major hotels and visitor attractions in York are already drafting their programmes and brochures for 2018. It would be a shame if this important event wasn’t given the prominence that it deserves.

One of the reasons why the Mystery Plays didn’t attract the hoped for level of attendance was lack of early publicity in key Far East and American markets. Decisions on 2018 long haul holiday destinations will be taken by many potential visitors over the next few weeks.

So, if there is frustration at the pace of progress on the Rose Theatre project, we can understand it. The York Council and Visit York have a relatively short time to maximise the economic value that a quality “Elizabethan” summer experience could bring to the City.

As we saw with the TdF “Grand Departee” concert fiasco, long term planning is all important.

Hopefully the lessons have been learned.

One thought on “Questions raised about “Rose Theatre” reconstruction timetable”