There is a continuing problem with delayed discharges at hospital in York. The latest figures suggest that the problem is currently worse in York than elsewhere in the region (and nationally). 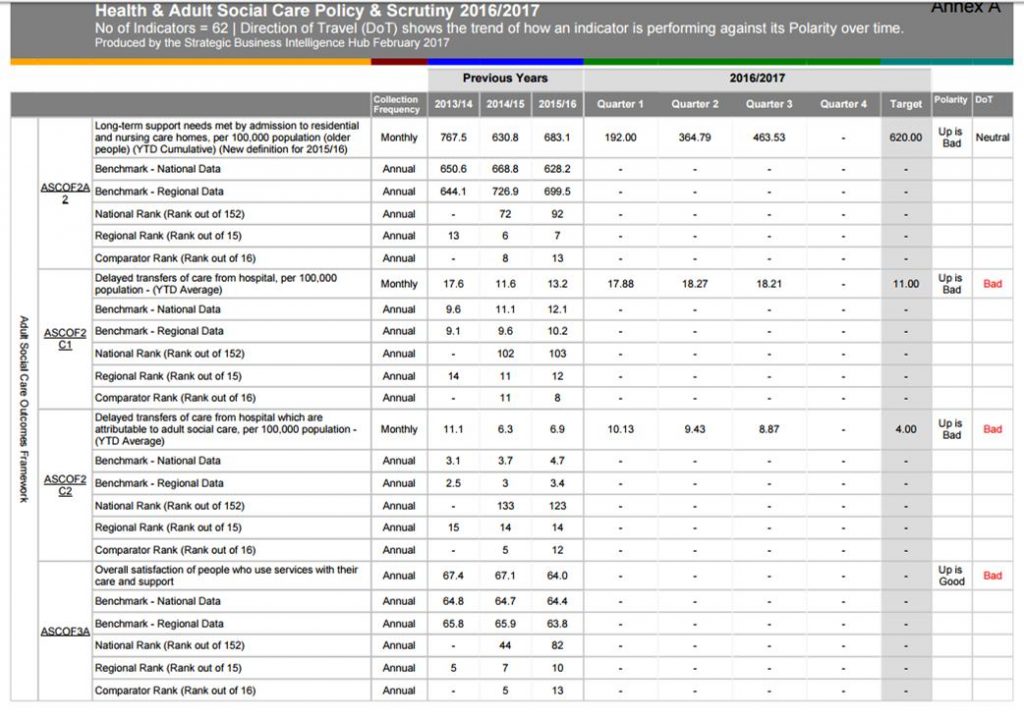 A report to a York Council committee meeting next week makes the following comments on the delayed transfer of care;

“This measures the impact of hospital services and community-based care in facilitating timely and appropriate transfer from all hospitals for all adults. This indicates the ability of the whole system to ensure appropriate transfer from hospital for the entire adult population. It is an important marker of the effective joint working of local partners, and is a measure of the effectiveness of the interface between health and social care services.

Discharges are made from Acute and Non Acute Care Pathways.

Discharges from Acute Care Indicators are on Target. Performance has shown a steady improvement over the end of 2015-16 and into the first half of this year”.

However, “discharges from Non Acute Care: Indicators here are not on Target. Performance had shown an improvement in the first quarter, however, from June 2016, an increase in Non Acute Delays, particularly in Mental Health has pushed the numbers back up and off target for the year”.

“The overall indicator is not on target due to the effect of Non Acute Delays in the System. We are taking the learning and processes from our success in Acute Care and applying these to the Non Acute pathway. Since June a Sitrep process has been put in place to monitor delays in Mental Health to mirror that of our Acute and Non Acute Hospital processes. In other areas of the Non-Acute pathway a similar approach to monitoring”.

The effect that “bed blocking” is having on in delaying the admission of new patients requiring hospital services in not stated in the report.